25 Humans, More Than One Billion Animals Dead in Australia Wildfires 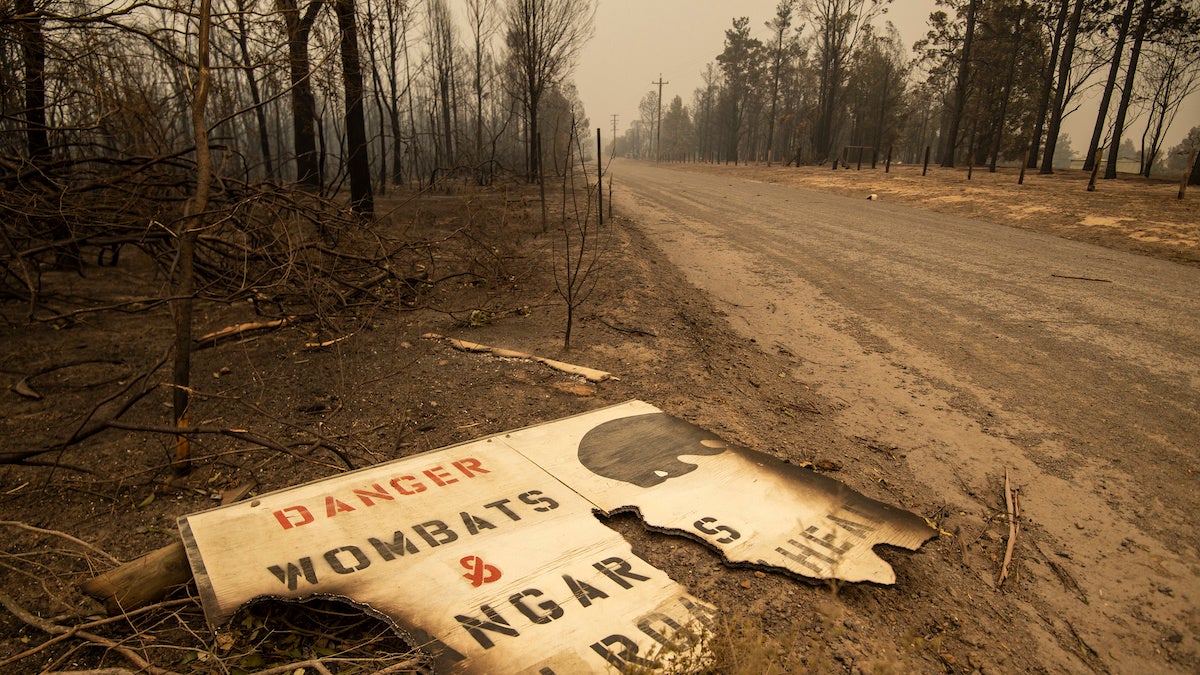 Twenty-five people and more than one billion animals are dead in historic Australian wildfires that are now expected to burn for months.

Conditions improved over the weekend, but hot, windy weather is expected to return at the end of the week, NPR reported Monday.

There were 130 fires burning in NSW alone as of 4 a.m. on Tuesday, and 69 were uncontained on Monday, according to NSW Rural Fire Service.

At 4am there are 130 fires still burning across NSW.

Even with the current conditions, including rain in some locations late yesterday, there are around 2,000 firefighters out working hard to protect properties and contain these fires this morning.#NSWRFS #NSWFires pic.twitter.com/7PfoH1WOPX

Most of the deaths — at least 19 — have taken place in NSW, according to NPR. The others occurred in Victoria and South Australia. Officials are concerned fires in NSW and Victoria could combine into a “mega blaze,” according to BBC News.

Meanwhile, the toll on wildlife has been even more devastating than previously reported.

Chris Dickman, an ecologist at the University of Sydney who estimated that nearly half a billion animals had perished in the flames, told HuffPost Tuesday that his estimate did not take all of Australia into account.

“The original figure ― the 480 million ― was based on mammals, birds and reptiles for which we do have densities, and that figure now is a little bit out of date. It’s over 800 million given the extent of the fires now ― in New South Wales alone,” Dickman explained. “If 800 million sounds a lot, it’s not all the animals in the firing line.”

800 million does not include bats, frogs and invertebrates. It also leaves out livestock.

“The number of cattle and sheep killed is still being tallied, but the losses are expected to be enormous,” Jason Beaubien reported for NPR.

There are also reports that officials will kill thousands of camels in northwestern Australia as they compete with humans for water while drought and fires persist, according to HuffPost.

“Over a billion would be a very conservative figure,” Dickman told HuffPost of the total animal death toll from the fires so far.

Australian Prime Minister Scott Morrison, who supports coal use, has been criticized both for his immediate response to the fires and for his failure to act on the climate crisis that is making them worse.

“It’s our climate impact and our obsession with coal that is helping wage war on our own country,” World Wildlife Fund Australia environmental scientist Stuart Blanch told HuffPost.

Morrison has promised .4 billion for recovery over the next two years and said he would create an agency to help those who lost homes and businesses recover, BBC News reported.

The fires have damaged or destroyed more than 2,000 homes, according to HuffPost.

On Saturday, the government also deployed around 3,000 Army reservists and aircraft and naval ships to help with firefighting and evacuations. It was the largest military deployment in the country since World War II, The New York Times reported.

“The government has not taken this decision lightly,” Defense Minister Linda Reynolds told The New York Times. “It is the first time that reserves have been called out in this way in living memory.”

Among those rescued by the military were more than 1,000 residents and vacationers in Mallacoota, who were forced by fires to shelter on the beach last week.

The evacuees were taken by naval vessel to Hastings, near Melbourne. One of them, 23-year-old Corrin Mueller, stepped off the boat carrying a sign reading “inaction costs more” to protest the government’s failure to reduce greenhouse gas emissions. Australia is one of the highest per capita emitters of carbon dioxide in the world.

“We’re only here because nobody’s acted quick enough,” Mueller told The New York Times. “And there’s so much more we can still do to stop more people having to go through this.”