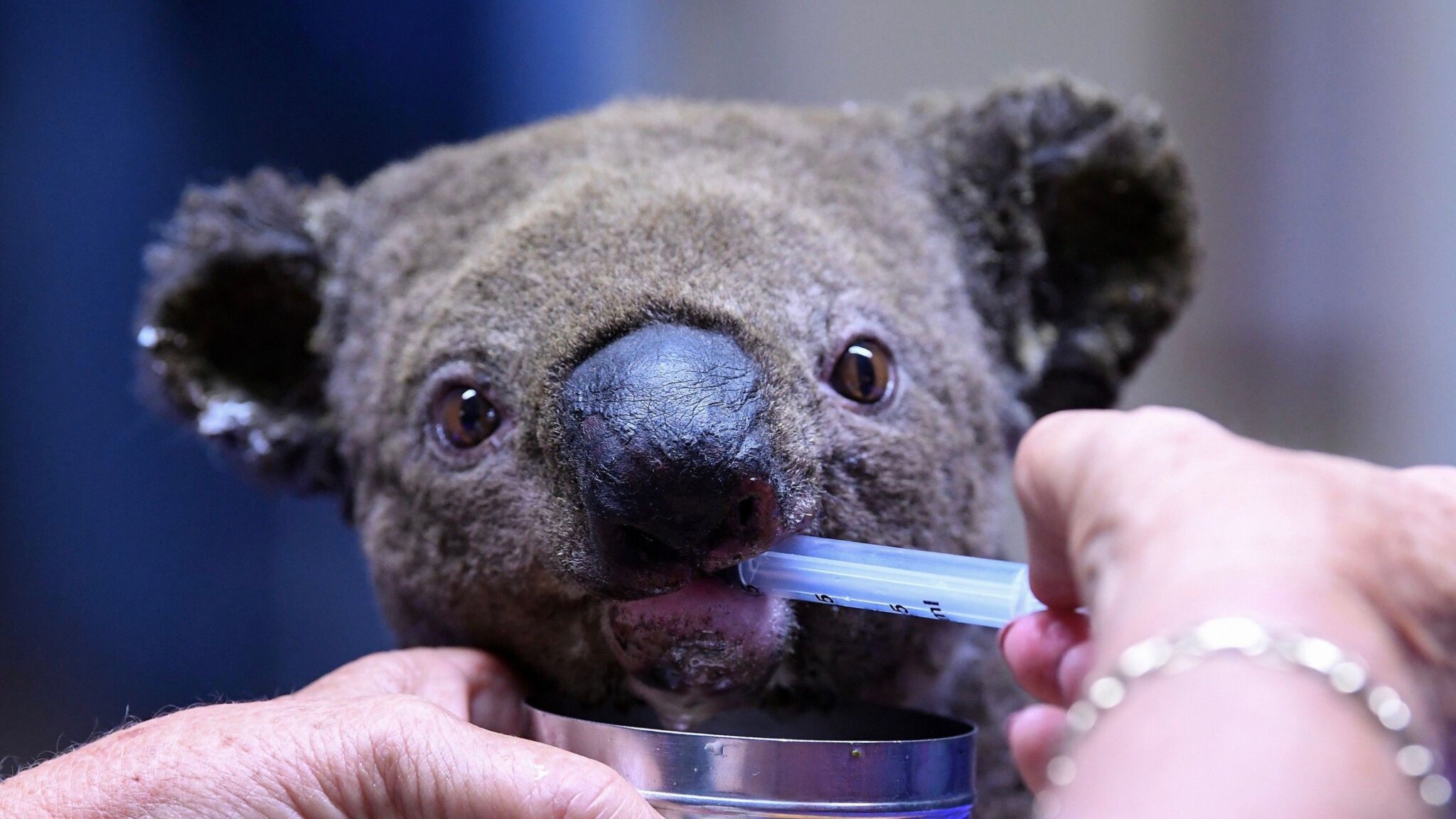 A dehydrated and injured Koala receives treatment at the Port Macquarie Koala Hospital in Port Macquarie on Nov. 2 after its rescue from a bushfire. SAEED KHAN / AFP / Getty Images

The recent Australian brushfires and extended drought have decimated the koala population to the point where it may be “functionally extinct,” according to an expert at the Australian Koala Foundation, as the Daily Mail in the UK reported.

Functionally extinct means the population has become so limited that koalas no longer play a significant role in their ecosystem. Furthermore, the population is so depleted and colonies of koalas are isolated from each other, making the long-term viability of the beloved marsupial susceptible to disease and unlikely to survive much longer, as Forbes reported.

“If we combine all of the estimated deaths of koalas in the bushfires, there could be 1,000 koalas that have been killed in the last two months,” said Deborah Tabart, chairwoman of the Australian Koala Foundation, to the Daily Mail. She added that 80 percent of their habitat has been destroyed.

In May, the Australia Koala Foundation estimated there were only 80,000 healthy wild koalas, which rendered them functionally extinct, according to a press release.

The stubborn marsupial has struggled with the climate crisis. When confronted with brushfires, rather than run away, koalas climb trees and curl into a ball as a danger-avoidance strategy. While they are normally quiet, they will yell for help when a situation seems dire.

“Koalas don’t make noise much of the time,” said professor Chris Dickman, an ecology expert at Sydney University, to the BBC. “Males only make booming noises during mating season. Other than that they’re quiet animals. So hearing their yelps is a pretty bad sign things are going catastrophically wrong for these animals.”

Koalas are notoriously picky eaters and will often eat 2.5 pounds of eucalyptus leaves per day, which is how they get both their nutrition and hydration. Conservationists have raced to install water stations for dehydrated koalas that have not had access to eucalyptus leaves. However, the hotter and drier weather brought on by a changing climate has dried out the leaves of the eucalyptus trees that the koalas rely on, according to The Washington Post.

Suburban developments have taken over the forested beaches that koalas are native to and have left the species with fewer and fewer food sources and safe habitats. The brushfires further deplete their available food sources. Eucalyptus are remarkably resilient trees, which often grow back quickly after a fire. However, while waiting for the trees to return, many koalas will starve, according to Forbes.

While experts agree that koalas are in trouble and have been well before this year’s fire season, there is disagreement about whether or not the animal is functionally extinct.

“I do not believe koalas are functionally extinct – yet,” said Rebecca Johnson, a koala geneticist at the Australian Museum, to CNET. “That said, the fires are likely to have had a huge impact on what we know are some extremely valuable populations who are important for the long term survival of the species.”

It is clear that koalas need help to survive. On a policy level, many people are asking the Australian government to pass the Koala Protection Act into law. The law would protect habitats and trees vital to koalas and protect koalas from hunting and poaching, according to Forbes. Meanwhile, scientists have sequenced the genome of koalas and hope to identify genes that may stop infectious diseases and protect young koalas, according to CNET.

“Koalas are the iconic reminder of what is happening more broadly to our biodiversity and our ecosystems, directly as a result of human impacts,” said Johnson to CNET. “They should be the catalyst to start and have these conversations to understand and protect all our biodiversity because they aren’t the only species that needs protecting.”