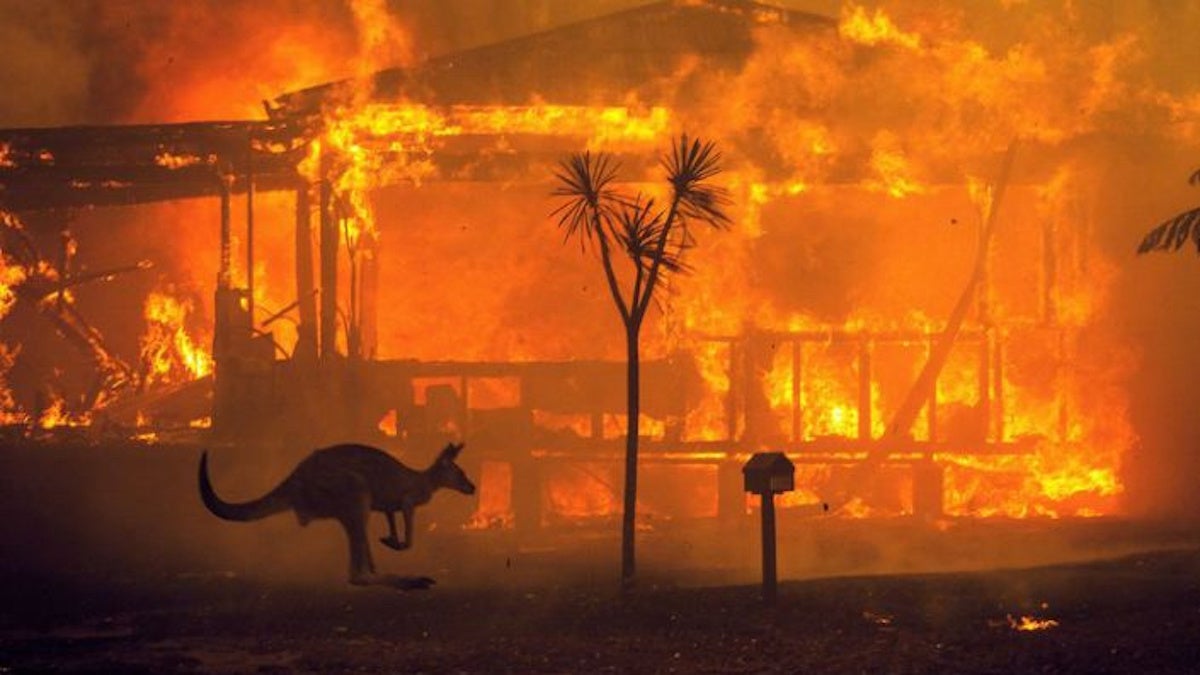 A kangaroo rushes past a burning house in Lake Conjola, Australia on Dec. 31 2019. Bruce Detorres / Flickr

Unprecedented bushfires that ravaged Australia in 2019 and 2020 killed or displaced almost 3 billion animals, according to an interim report released Tuesday.

The report, commissioned by the World Wide Fund for Nature (WWF), did not specify how many animals may have died. But the prospects for those that escaped the fires “were probably not great” because they lost food sources, native habitat and shelter from predators, report co-author Chris Dickman said.

The bushfires that swept across Australia between late 2019 and early 2020 scorched 115,000 square kilometers (44,000 square miles) of bush and forest, killing 30 people and destroying thousands of homes. It was one of the worst bushfire seasons on record.

A previous study released in January had estimated that around 1 billion animals perished in the hardest-hit states of Victoria and New South Wales in eastern Australia. But the survey published Tuesday was the first to assess fire zones across the entire country, lead scientist Lily van Eeden of the University of Sydney said.

The survey’s results are preliminary, with a full report to be released next month, but scientists said the estimate of 3 billion animals affected was unlikely to change.

“The interim findings are shocking,” WWF Australia CEO Dermot O’Gorman said. “It’s hard to think of another event anywhere in the world in living memory that has killed or displaced that many animals.”

“This ranks as one of the worst wildlife disasters in modern history,” he added.

Arnulf Köhncke, species protection expert at WWF Germany, warned that horrific bushfires could become a common occurrence: “The record fires in Australia could become the new normal, just a taste of what’s to come, if we don’t manage to limit the global temperature rise to below 1.5 degrees Celsius (2.7 Fahrenheit),” he said.

Limiting temperature increases to 1.5 C above pre-industrial averages, as stipulated in the 2015 Paris Agreement on climate change, is seen as crucial to preventing catastrophic global warming and worsening weather events.