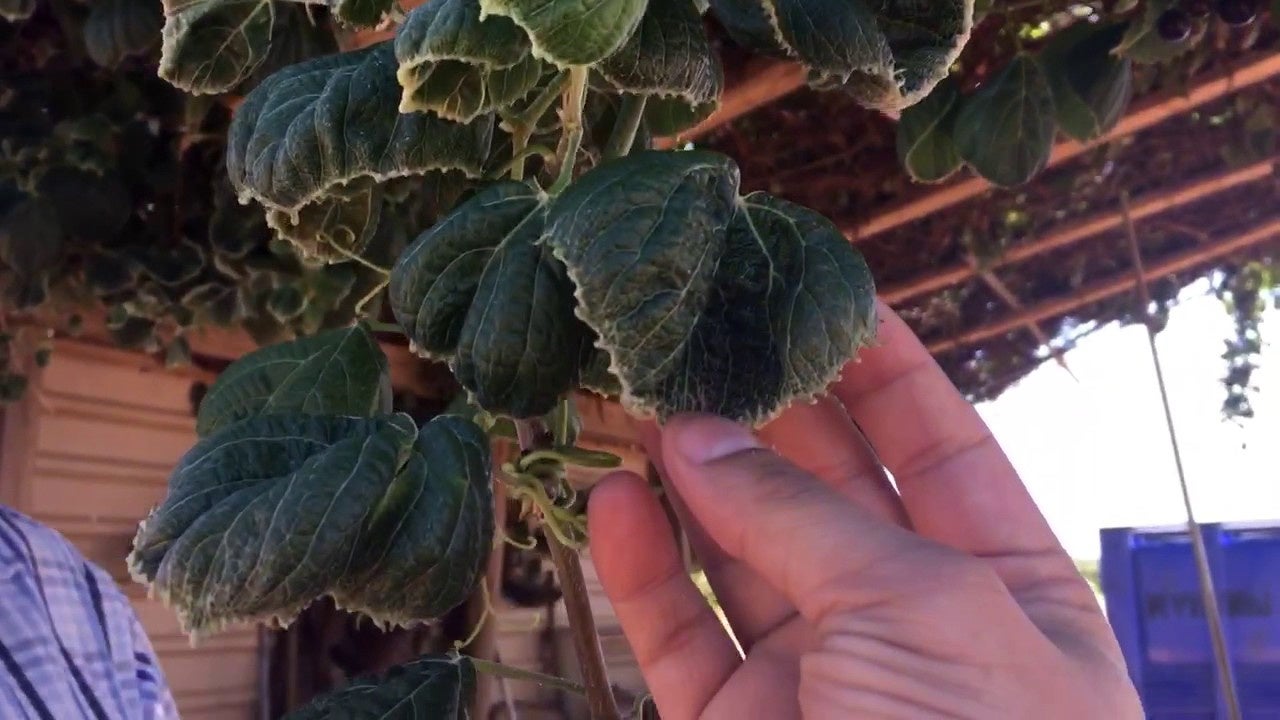 Wine makers in West Texas are reeling from
herbicide drift injuries on their grapevines, an emerging threat to the state’s $13 billion a year industry, NPR’s Morning Edition reported Tuesday.

The damage likely originates from use of
Monsanto’s dicamba and Dow’s 2,4-D formulations on nearby cotton fields. The companies sell cotton seeds that are genetically modified to withstand applications of the weedkillers. If farmers use the products improperly, the highly volatile chemicals can get picked up by the wind and land on off-target crops. When exposed to the herbicides, the leaves on non-target plants are often left cupped and distorted.

Drift damage has ranged from “light exposure” that does not harm the grapes to “total devastation” at some wineries, according to NPR.

Pierre Helwi is a viticulturist for the Texas A&M AgriLife Extension Service, who monitors dozens of the region’s vineyards estimates that 90-95 percent of them have been damaged.

Texas, the fifth largest wine producer in the country, is home to more than 400 wineries, according to the Texas Wine and Grape Growers Association. West Texas, which has a dry climate ideal for growing cotton as well as wine grapes, has become the backbone of the state’s wine industry and grows about 80 percent of its wine grapes.

This is the
third year in a row where dicamba has affected the nation’s crops. A report from the University of Missouri last month found that dicamba drift caused more than 1 million acres of crop injuries across the U.S.

The ongoing saga of pesticide drift highlights the growing issue of herbicide-resistant weeds, or superweeds, that have evolved to resist the herbicide glyphosate, or Roundup. In response to weeds such as pigweed that have infested farms across the U.S., agribusinesses such as Monsanto and Dow have developed stronger formulations to help farmers.

The companies have said their weedkillers can be safely used with proper training and if farmers adhere to label instructions, although some have complained that the instructions are too restrictive or
difficult to follow.

Farmers and conservation groups have
waged lawsuits against the U.S. Environmental Protection Agency (EPA) for approving Monsanto and Dow’s mixtures.

Dicamba’s federal approval is subject to expiration this fall, during which the EPA will decide whether to renew the registration or let it expire. 2,4-D is also currently undergoing
registration review.