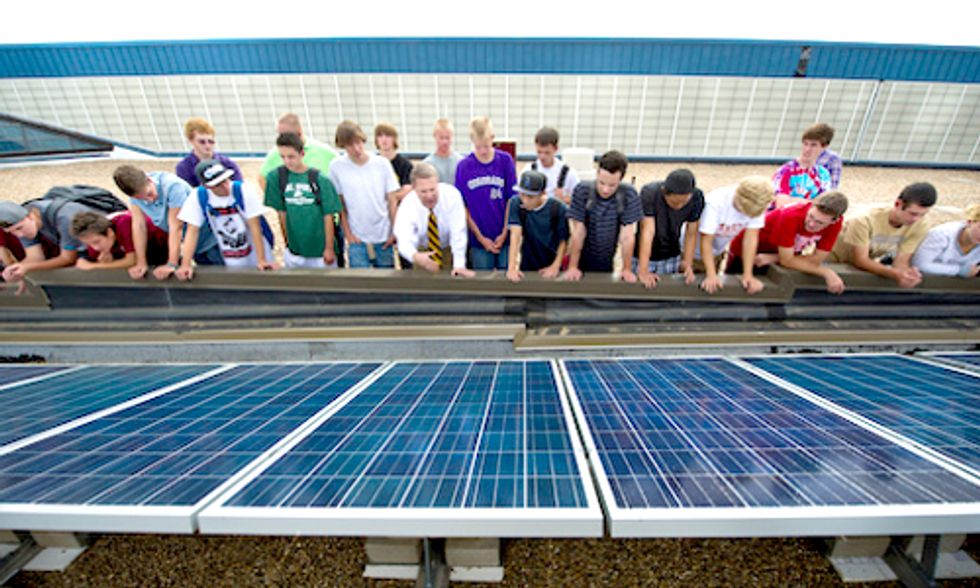 The NRDC has taken to the crowdfunding website, Indiegogo, in an attempt to fund solar panel installations for three to five schools. The goal is to raise $54,000. As of Thursday afternoon, the NRDC was still trying to reach the halfway point of its goal.

The NRDC wants to help schools mirror Firebaugh-Las Deltas United Schools in California. The district saved about $900,000 after going solar, allowing it to bring back a previously cut music program for 2,300 students. The presence of solar panels also inspired more education on renewables for students and teachers.

The fundraiser ends in 15 days. In the meantime, the NRDC is creating a website for districts to apply for solar funding. Contributors will be able to vote on which districts should receive the money.

“What’s different about our program is that it aims to make solar an option for any school, anywhere, by beginning with local school administrators, parents, teachers, students and communities, and giving them the tools they need to make solar power a reality,” Jay Orfield, environmental innovation fellow in NRDC’s Center for Market Innovation, said.

The Solar Foundation, Community Power Network, The Green School Alliance and Three Birds Foundation are partnering with NRDC on the campaign.

“Our ultimate goal is help every school that wants solar power to get it,” said NRDC Renewable Energy Policy Director Nathanael Greene.

“If we can hold fundraisers for field trips and sports teams, we can do the same to get our schools on solar.”