11 Top Books on the Environment and Conservation Published in 2020 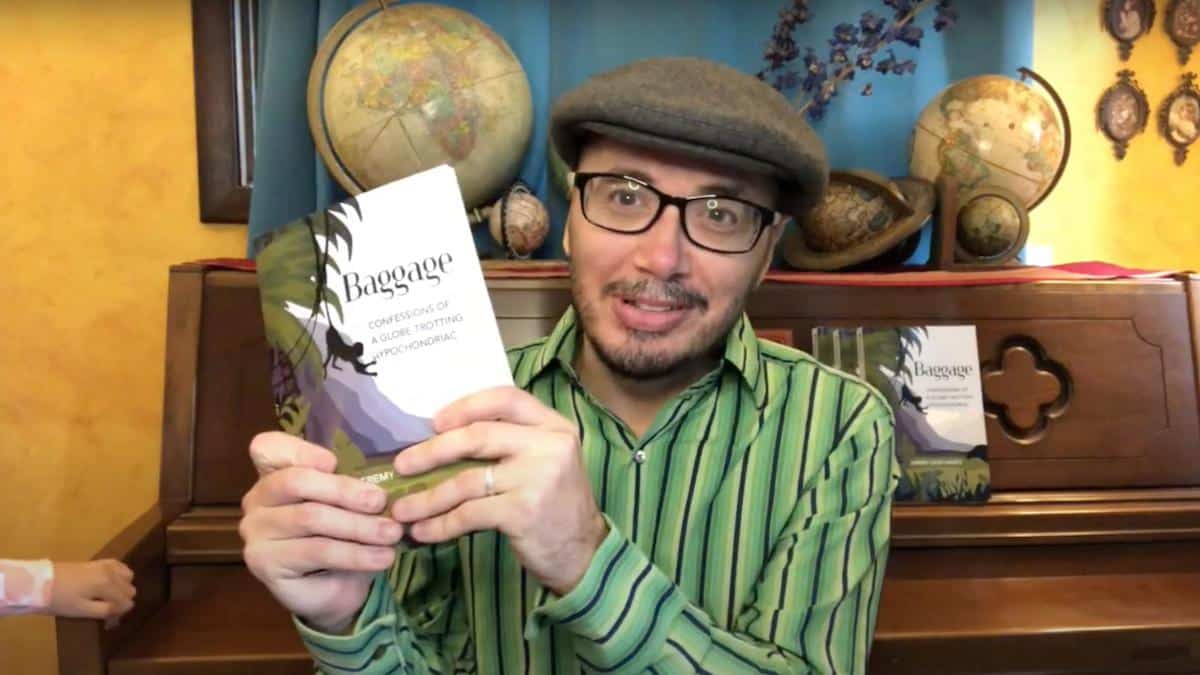 Books have provided a welcome refuge in 2020. The global pandemic has, in many cases, turned even routine travel into a risk not worth taking, and it has left many longing for the day when we will once again set off for a new destination. At the same time, this year has also been a time to reflect on the sense of place and what home means to each of us.

This year’s conservation book list draws on those two themes. Satisfying the urge to light out into the unknown, several authors share tales and observations from the field. Others delve deeply into a single spot, examining its importance to a people and the way we as a species fit into it, however uncomfortably. In the end, each reinforces a lesson that the pandemic has laid bare: Pull a thread on the web of life and even distant strands will reverberate as a result.

Biologist Carl Safina has made a career of working on the front lines of conservation and then imparting what he has learned in a way that makes us, his readers, take notice. Broken down into three parts, Becoming Wild explores the lives and cultures of three species: sperm whales, scarlet macaws, and chimpanzees.

By turns fascinating, heartwarming and tragic, traveling with Safina as a guide is engrossing. And, as you might suspect, there’s an agenda here. Biodiversity, all the weird and wondrous speciation that evolution has molded from the building blocks of life on this planet, is under threat, now more so than at any other time since humans emerged from that same swirling mix of forces. But beyond the staggering loss of species and individual lifeforms currently underway, Safina demonstrates that the sum total of what we lose will be far more than just a statistic if we don’t work to protect the life that remains.

Cutting across social justice, economic and environmental lines, Oak Flat chronicles the real-life struggle of a family to protect sacred land from destruction after the discovery of a copper deposit in the desert in the U.S. Southwest. The family lives on the San Carlos Apache Indian Reservation in Arizona and must contend with the substantial resources of a massive mining corporation, not to mention a set of laws that seem designed to put profits before people.

Told in the style of a graphic novel, author and illustrator Lauren Redniss draws on her earnest reporting and skill as an artist to shine a light on the issue, made all the more urgent because today the Apache of San Carlos are still fighting to protect their land.

3. Owls of the Eastern Ice: A Quest to Find and Save the World’s Largest Owl

The Blakiston’s fish owl doesn’t make conservation efforts on its behalf easy. Inhabiting the unforgiving mountains and forests of Russia’s Far East, its dwindling numbers are threatened by logging and fishing in Primorye province.

Enter WCS scientist Jonathan Slaght and an intimate look at meeting the owl on its own turf. Just as fascinating as the quirky bird he’s pursuing are the characters who people Slaght’s book, the hardy folk who at once represent both a threat to the Blakiston’s fish owl and invaluable accomplices in his mission to save the species.

4. The Nature of Nature: Why We Need the Wild

Ecologist and National Geographic explorer-in-residence Enric Sala says he didn’t want his career as a scientist to be spent just writing obituaries, cataloging the final days of so many of the species he studies. The Nature of Nature is both an homage to the diversity of life on Earth and a warning of the steps we must take to ensure it persists. Vividly told stories from decades of observing and probing the natural world serve as a testimony to the interconnectivity that binds all life — including humans — together.

As Sala told Mongabay in an interview in August, “You tamper with nature in one part of the planet, and everyone suffers. That’s why we need to protect the wild.”

In the most academic-leaning book to make this year’s list, a group of predominantly Indigenous authors draw on the history, art and culture of Native societies from around the world with an eye toward how we might better coexist with nature. Their aim is to provide a guide for the ways in which Indigenous thinking and science, too often viewed as working at cross purposes, can come together to solve environmental problems.

Like many of the other authors on this list, ornithologist and conservationist Roy Dennis thankfully doesn’t disguise his fascination with the intricacies of nature in Cottongrass Summer. The stories he tells have been gleaned from countless years of fieldwork and, at times, battles with the prevailing conservation establishment of the day. Still, the iconoclastic 80-year-old carries on, offering a measure of hope in a book for a wilder and healthier planet.

Orangutan biologist Erik Meijaard, who reviewed Dennis’s book for Mongabay in August, said, “[C]ynics among you turn away, this book is not for you. To me this book is about belief and love. Belief in a better world where wild animals and plants can once again thrive alongside people. And a deep love for the natural world around us.”

7. A Furious Sky: The Five-Hundred-Year History of America’s Hurricanes

In A Furious Sky, author Eric Jay Dolin digs deep into the annals of humans’ history with the awe-inspiring and destructive hurricane. Along the way, he unearths a trove of engaging characters and entrancing struggles to find a way to coexist with Earth’s most powerful storms. In the end, we find that, as the planet’s climate changes, hurricanes will likely only grow stronger.

8. Nature’s Best Hope: A New Approach to Conservation That Starts in Your Yard

Many of the world’s environmental crises can feel beyond the reach of human problem solving. University of Delaware professor Douglas Tallamy takes a different tack, instead suggesting that the ideal place to begin a necessary revolution is right where we live. Instead of depending on the seep of political compromise that’s so often inadequate and short-sighted in addressing issues like biodiversity loss, deforestation and climate change, Tallamy’s belief is that by starting small — creating hospitable habitats for native plants and insects in our backyards, for example — we can realize the dreams of the pantheon of conservation’s great thinkers, Aldo Leopold, E.O. Wilson and Rachel Carson among them.

9. Fathoms: The World in the Whale

Over centuries, technological innovations, capitalist incentives and sheer grit led to many species of whales being hunted to near extinction. But the moratorium on hunting whales that coalesced in the 1980s around the awe these animals inspire and the outrage so many felt at witnessing their slaughter helped bring them back from the brink. All but a few of the world’s most fervent whale-hunting nations signed on, and the rebound in whale numbers seems like a great success. But in what kind of world have we ensured their survival?

That’s one of the questions that author Rebecca Giggs ponders in Fathoms, as she puts the survival of whales in the context of an increasing plastic-filled and polluted ocean, where warming waters and a paradoxically destructive ecotourism industry wait to confront them at every turn.

10. Soul Full of Coal Dust: A Fight for Breath and Justice in Appalachia

2020 has proven, if there were any doubt, that human and environmental health are inextricably linked. Investigative journalist Chris Hamby probed a paragon of this connection in Soul Full of Coal Dust. As the worldwide debate over the continued use of coal for steady but dirty energy production has taken center stage, the people who haul it from the ground have been fighting for their lives just behind the curtain.

Hamby takes his readers to the mountains of Appalachia, the epicenter of U.S. coal production, where fortunes rise and fall with the industry itself. He details the David-and-Goliath struggle to take on “Big Coal” and bring much-needed help to the miners afflicted with black lung disease.

11. Baggage: Confessions of a Globe-Trotting Hypochondriac

A 2020 Mongabay book list wouldn’t be complete without a nod to the site’s longtime editor and senior correspondent, Jeremy Hance (as well as the site’s first staff writer), who published his own memoir this year. Hance has traveled the world in pursuit of the engaging environmental stories he’s written for Mongabay, the Guardian, and Ensia, among other publications. He’s also lived with hypochondria and obsessive-compulsive disorder for decades, conditions that can make the dream of travel an anxiety-producing nightmare. Fortunately for his readers, they haven’t deterred him, and in Baggage, Hance recounts his voyages in a book that’s as witty and self-effacing as it is poignant and instructive.