10 of the World’s Most Isolated Islands 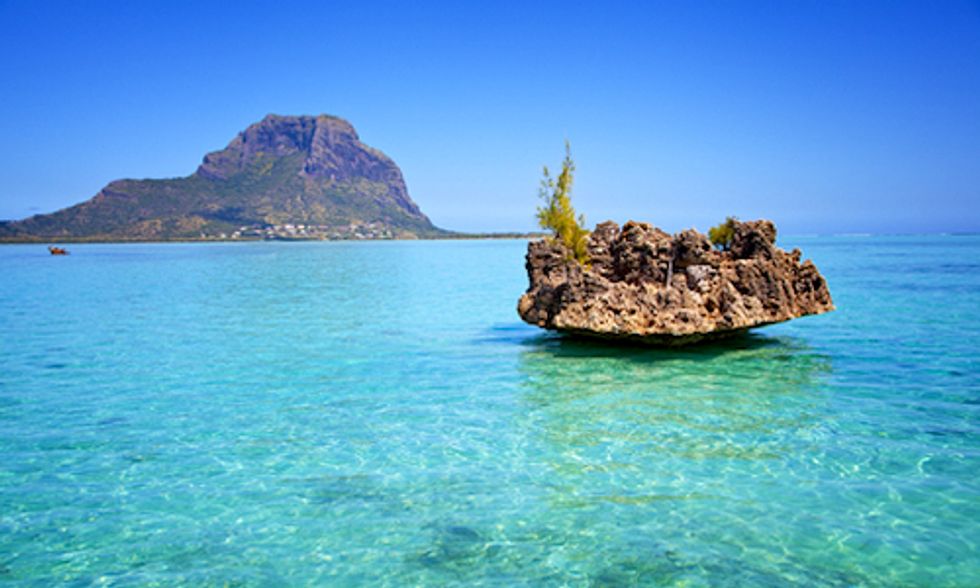 Isolated islands can be essential sanctuaries amidst the ocean for some of the world’s most loved animals, but they can often also be home to weird and wacky critters that have evolved in different ways from animals on the mainland. So, I’ve pulled together a list of some of the world’s most special islands, and the wildlife that lives there (or used to).

Fin of a Sperm whale in front of volcano Pico, Azores islands.
Photo courtesy of Shutterstock

In the middle of the Atlantic, this group of islands provides homes for the planet’s biggest animals. Many species of whales come here to feed in the food-rich waters, powered by swirling currents mixing up the seas. It’s one of the best places in the world to go on an awe-inspiring whale watching trip, with sperm whales and blue whales top of everyone’s ‘must-see’ list.

Although lemurs may not dance as much in real life as they do in the movies, they are remarkable nonetheless. Millions of years of evolution with limited competition mean lemurs come in all shapes and sizes: they can be tiny, fluffy, striped, jumpy, giant, shy, noisy or just downright weird. Top prize for the strangest goes to the bug-eyed, big-eared aye-aye. It looks like a Gremlin in a fur coat, and its bizarre elongated middle finger helps it find and feast on beasties living inside tree trunks. That’s right; the aye-aye is Madagascar’s mammal version of a woodpecker!

Dodo—two syllables synonymous with extinction. This island paradise was a safe haven for the dodo, with no land predators it became flightless, nesting on the ground. That wasn’t much protection when boatloads of humans arrived. Mauritius’ slow-moving giant tortoises didn’t last long either. Thankfully, the story for other unique animals like the Mauritius kestrel & the rather dapper pink pigeon, is not as dire as the dodo’s.

Giant tortoises, marine lizards, tropical penguins and more than a few famous finches make these islands almost legendary. This chain of volcanic islands helped Charles Darwin bring us his theory of evolution, and they are now synonymous with unique and amazing island wildlife, as well as central to a booming ecotourism industry.

One of the most pristine coral reef habitats in the Indian Ocean, the Chagos’ coral islands are a haven for birdlife, and giant coconut crabs. But it is in the oceans that the biodiversity gets serious, as well as complicated coral reefs, creating underwater forests for lots of little critters and baby fish, they are home and sanctuary to many globally-endangered shark and turtles.

The kingdom of the ice bears isn’t just for polar bears, but you best be sure they are in charge! As well as being home to the Arctic’s most iconic mammal, these islands abound with birds and walrus.

… the where?! This remote group of islands in the Bering Sea may not be everyone’s ideal holiday destination, but they tell a cautionary tale. The Commander Islands were the only known home of the Steller’s sea cow, a massive kelp-eating marine mammal that is now extinct. Isolated for millennia the peaceful sea cows were no match for humans who arrived en route to hunt for furs. It didn’t help that they were slow and tasty. Today the sea-cow’s smaller surviving cousins, the dugongs and manatees are still with us, let’s keep it that way.

At the other end of the world the isolated islands of South Georgia have a chequered past. They were once a hub for the industrialized whaling of the Antarctic ocean, carnage that drove species like the blue whale to the very brink of extinction. These days though, the whaling stations are abandoned, and the islands have been handed back to the vast colonies of fur seals, penguins and albatross. They, like the whales, are only here because vast swarms of tiny krill fill the cold seas with food.

Here be dragons. The world’s largest lizard, the Komodo dragon, lives only on a couple of islands in Indonesia. They are fearsome predators, and give us a glimpse of what it may have been like when dinosaurs ruled the earth. Komodo dragons may seem reptilian giants to us today, but they are thought to be smaller than their much-more-massive ancestors.

Not one island, but many—in fact, many thousands. Seamounts are submerged mountains, they don’t break the sea surface, but they are still "islands" in most senses. A handy way to describe them is like high seas service stations—they offer refuge, food and facilities for oceanic travelers like hammerhead sharks and turtles, as well as fish like orange roughy. Although they may not be the sexiest or showiest of species, many things found on seamounts are unique to that one seamount. Destructive fishing methods can (and sadly do) wreck these unique and remote features.

The one thing that links all of these islands is the ocean. Unique islands and species should be protected, but we urgently need to give oceans need more protection too. More than two thirds of our oceans are beyond national boundaries, and there is simply no regulation to protect these areas for the species that depend on them.