The Atlantic Ocean Is Getting Wider, Scientists Think They Know Why 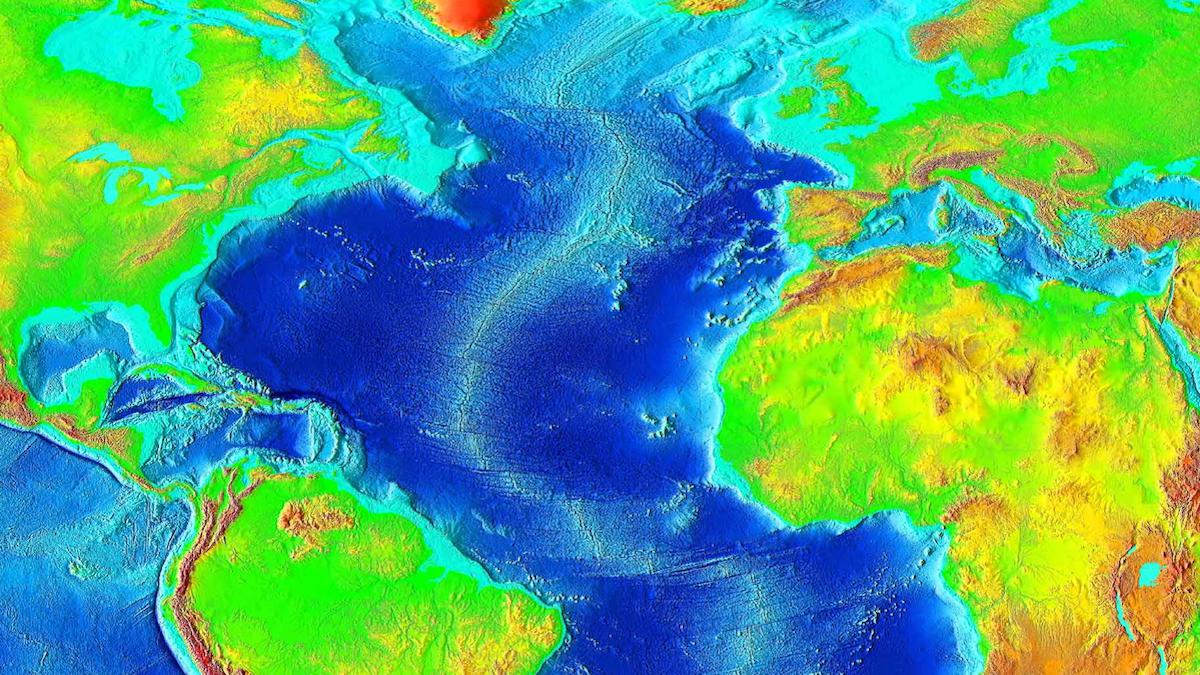 The Mid-Atlantic Ridge separates the North and South American plates from the Eurasian and African plates. NOAA

The Atlantic Ocean is getting wider and, after a uniquely ambitious expedition, scientists finally think they know why.

The reason? An upwelling of matter from much deeper below Earth’s crust than is usually observed.

“This was completely unexpected,” Dr. Kate Rychert from the University of Southampton said in a press release. “It has broad implications for our understanding of Earth’s evolution and habitability.”

Rychert is a coauthor on a Nature study published Wednesday that details the new findings, which provide a new window into how plate tectonics work beneath the world’s second largest ocean.

Plate tectonics is the theory that Earth’s shell moves over its inner mantle as a series of divided plates, Live Science explained. Their movements are the forces behind natural disasters like earthquakes, volcanoes and tsunamis, the press release noted.

Scientists have long known that the tectonic plates beneath North and South America are moving apart from those beneath Africa and Asia, widening the Atlantic Ocean at a rate of about 1.5 inches a year, Business Insider explained. This is happening at the Mid-Atlantic Ridge, an undersea mountain range that separates the North American and South American plates on the Western side from the Eurasian and African plates to the East. But, until recently, scientists were not sure how.

That’s because plates tend to move as gravity pulls the denser parts of plates into Earth, the press release explained. But the Atlantic Ocean is not surrounded by dense plates. Instead, the researchers discovered that material from Earth’s mantle is swelling up beneath the ridge and pushing the plates apart from below. What’s more, this material is coming from depths of more than 600 kilometers (approximately 371 miles). Usually, upwellings of this sort are much shallower, originating from depths of 60 kilometers (approximately 37 miles.). When they are deeper in origin, they tend to occur in more isolated areas.

“Upwelling from the lower to the upper mantle and all the way up to the surface is typically associated with localized places on Earth, such as Iceland, Hawaii and Yellowstone, and not with mid-ocean ridges,” Roma Tre University seismologist and study coauthor Matthew Aguis told Insider. “This is what makes this result exciting because it was completely unexpected.”

To achieve this finding, researchers placed 39 seismometers several miles deep along the Mid-Atlantic Ridge, VICE reported. They left them there for a full year, from 2016 to 2017. This gifted the scientists with a wealth of data, allowing them to image variations in Earth’s mantle at depths of around 410 to 660 kilometers (approximately 255 to 410 miles), the press release explained. It also provided them with the first high-resolution and large-scale imaging of the mantle beneath the Mid-Atlantic Ridge.

“There are similar experiments around the world, but this was a large scale, with so many instruments for such a long time,” Agius told VICE.

Understanding plate tectonics is important for helping to predict disasters like earthquakes, the press release explained. It can also help with climate change estimates across deep time, since plate tectonics impact sea level.

“This work is exciting and that it refutes long held assumptions that mid-ocean ridges might play a passive role in plate tectonics,” study coauthor and University of Oxford professor Mike Kendall said in the press release. “It suggests that in places such as the Mid-Atlantic, forces at the ridge play an important role in driving newly-formed plates apart.”