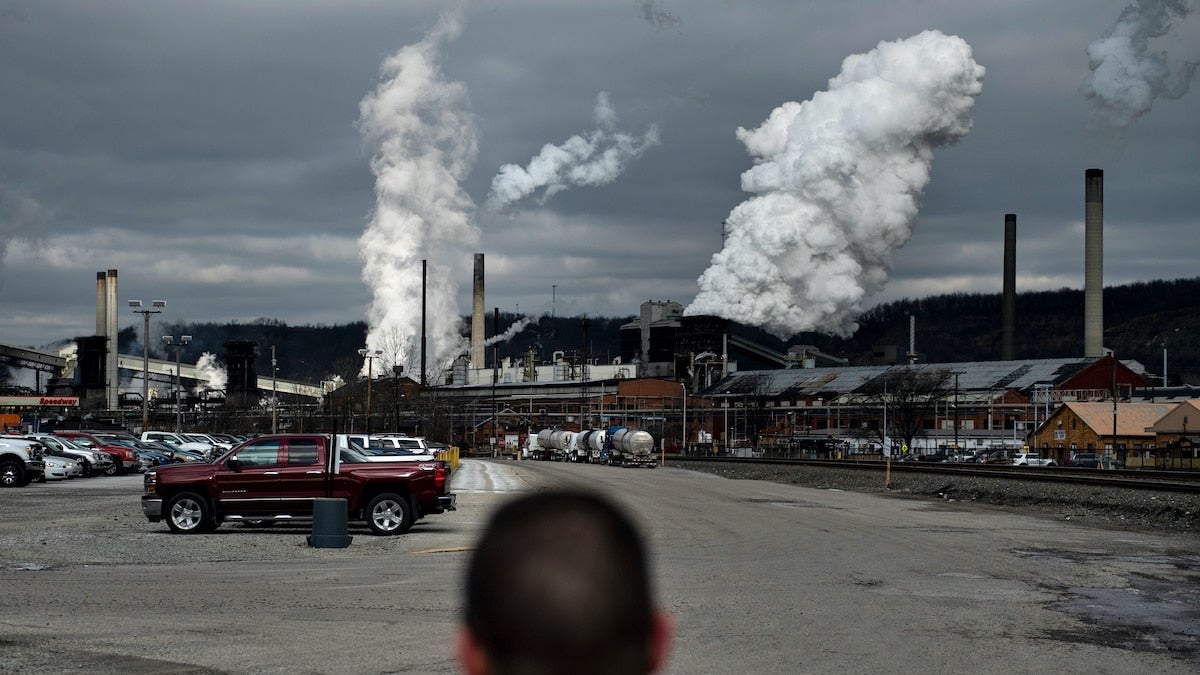 Trump‘s Environmental Protection Agency (EPA) has weakened yet another safeguard against air pollution in the midst of a respiratory pandemic.

The agency finalized a rollback Thursday of the Clinton-era “once in, always in” policy that required major polluters like industrial plants and refineries to maintain the highest possible levels of pollution controls as long as they continued to operate, Reuters reported.

“This is a lawless action that will undoubtedly increase carcinogens and other deadly pollution in our air,” Clinton EPA administrator Carol Browner said in a statement reported by The Hill. “Taking this action during a global pandemic that preys upon people with existing respiratory ailments further confirms that for Andrew Wheeler and the political leadership of the EPA the cruelty is the point.”

The agency first proposed reversing the rule in 2018, according to Reuters. The 1995 policy required that major polluters use maximum achievable control technology standards (MACT) throughout the lifetime of their operations. The new policy will allow these facilities to use less stringent standards after they reduce emissions. The so-called “major sources” that reduce their emissions of hazardous air pollutants (HAP) will be reclassified as “area sources,” emitters like gas stations or dry cleaners that emit less than 10 tons of a single pollutant or 25 tons of multiple pollutants each year.

“This action reduces regulatory burden and provides a level of fairness and flexibility for sources that reduce HAP emissions below major source thresholds and reclassify as area sources,” the agency explained.

EPA Administrator Andrew Wheeler argued that the change would incentivize companies to invest in better technology to reduce emissions.

“Today’s action is an important step to further President Trump‘s regulatory reform agenda by providing meaningful incentives for investment that prevents hazardous air pollution,” he said in a statement reported by The Hill.

However, Natural Resources Defense Council (NRDC) senior attorney John Walke said the reversal was entirely unnecessary. He said plants had already installed emission-reduction technology and had been maintaining the requirement that they reduce pollution 95 to 98 percent for decades.

“It’s the triumph of extreme ideology over public health, common sense and the law,” he told The Hill.

Walke further said on Twitter that the rollback would allow plants to emit two to ten times more hazardous air pollutants than before. This includes toxins like mercury, lead, arsenic, asbestos and benzene that can cause cancer, brain damage, fetal damage and premature death.

The EPA itself acknowledged the new policy could cause as many as 1,258 tons of additional pollutants to enter the air every year.

The Sierra Club pointed out that the change would disproportionately impact low income communities and communities of color that tend to live closer to polluting plants. It comes as scientists warn that exposure to air pollution might increase the risk of dying of the new coronavirus, and Black and Hispanic Americans are contracting and dying of the new virus at higher rates.

“Despite … the renewed national focus on environmental justice, Wheeler is showing there is no level that he will not stoop to in order to placate polluters and carrying out the wishes of his disgraced predecessor, former EPA Administrator Scott Pruitt,” national director of campaigns for the Sierra Club Mary Anne Hitt said in a statement. “Sierra Club, however, will continue to fight for the communities Wheeler has chosen to ignore. We will fight this reckless and unlawful rollback, in order to ensure that the American public is safe from dangerous air pollution.”

The NRDC also promised to fight the change, and the Environmental Defense Fund told Reuters it would sue to reverse the rollback.