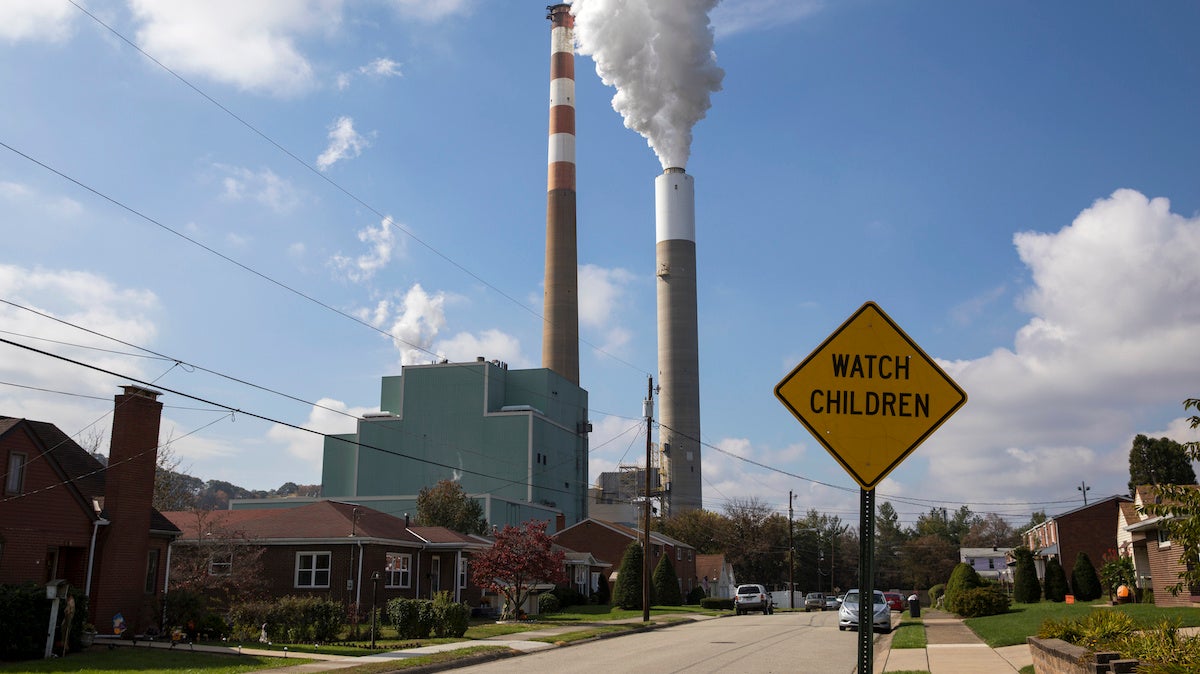 A view of the smokestack of the 47-year old Cheswick coal-fired power plant on Oct. 26, 2017 in Springdale, Pennsylvania. Robert Nickelsberg / Getty Images

As many Americans fight for their lives in the midst of a respiratory pandemic, the Trump administration Thursday axed the justification for a mercury pollution rule that saves more than 10,000 lives and prevents as many as 130,000 asthma attacks each year.

The new rollback leaves mercury emission standards in place for now, but changes how their benefits are calculated so that the economic cost takes precedence over public health gains, The New York Times reported. The move provides a legal opening to challenge other pollution controls even as evidence suggests that exposure to air pollution might increase one’s chances of dying from the new coronavirus.

“This is an absolute abomination,” former Environmental Protection Agency (EPA) head under Obama and Natural Resources Defense Council (NRDC) president Gina McCarthy said in a statement. “This final rule will increase the risk of more kids with asthma and brain damage, and more people with cancer. Undermining these vital safeguards now also directly threatens the people hardest hit by the COVID-19 pandemic, making it even harder to breathe and putting people with respiratory illnesses at even higher risk.”

BREAKING: The @EPA just finalized a rule that threatens federal standards for mercury, lead and other toxic air pollution from power plants, risking more premature deaths, asthma and heart attacks. We will fight this! https://t.co/LAzXOZUa8P

The Mercury and Air Toxics Standards (MATS), first passed in 2011 when McCarthy headed the EPA’s Office of Air and Radiation, were the first of their kind to limit toxic emissions like mercury and lead from coal-fired power plants. These metals are particularly harmful to pregnant women and the brains of children.

Between 2006, when states first began controlling mercury, and 2016, when the MATS took full effect, mercury emissions declined 85 percent, The Washington Post pointed out. At the center of Thursday’s decision is not the standards themselves, however, but how they were justified.

The Obama administration argued that, while the standards would cost the industry as much as .6 billion a year, the country as a whole would save between billion and billion in public health costs. However, these calculations considered co-benefits of the mercury rule such as a decline in soot and smog-causing pollution.

In the rule released Thursday, the EPA said it was not appropriate to consider these side benefits.

According to the EPA’s new accounting mechanism, the rule would cost industry .4 to .6 billion a year and only generate annual savings of to million in mercury-specific health costs, Reuters pointed out.

“One would not say it is even rational, never mind appropriate, to impose billions in economic cost in return for a few dollars in health benefits,” Wheeler said, according to The Washington Post.

However, complying with the rule cost utilities less than Obama estimated, at a final price tag of around billion a year from 2012 to 2018. And many oppose weakening the rule now that they have already paid to comply with it.

“The repeal of the underlying legal basis for MATS introduces new uncertainty and risk for companies that still are recovering the costs for installing those control technologies,” utility trade group Edison Electric Institute said in a statement reported by Reuters.

The only ones pleased with the rollback are coal companies. The 2011 rule encouraged utilities to switch from coal-fired plants to natural gas or renewable energy and therefore did more to phase out coal plants than any other Obama policy, The Washington Post pointed out.

“While the coal-fueled plants that were forced out of operation by this illegal rule can’t be resurrected, it’s an important lesson for the future,” the National Mining Association said in a statement reported by Reuters.

The future is also what concerns experts who oppose the rule change out of worry it could be used to justify cutting controls on a variety of fossil fuel pollutants.

“That is the big unstated goal,” said David Konisky, a professor of public and environmental affairs at Indiana University, to The New York Times. “This is less about mercury than about potentially constraining or handcuffing future efforts by the E.P.A. to regulate air pollution.”