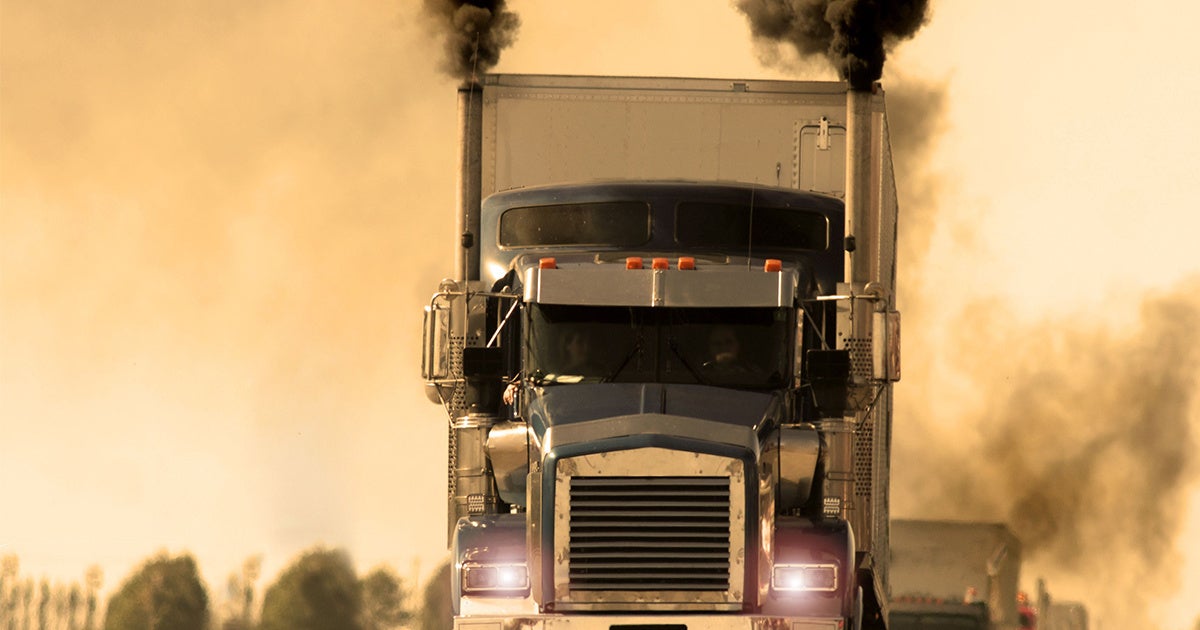 The U.S. Environmental Protection Agency (EPA) is proposing to roll back emission safeguards against sales of dirty trucks, leaving the public to cough and wheeze on more air pollution. NRDC is opposing the rollback at a public hearing on Dec. 4 in Washington, DC.

The EPA proposal would lift restrictions on the number of new trucks that can be sold using old, refurbished engines (so-called “glider vehicles”) that don’t meet modern emissions standards. The proposal creates a dirty truck loophole that permits niche industry players to circumvent necessary clean air safeguards and sell an unlimited number of new, dirty trucks on the cheap.

Approximately 10,000 heavy trucks have been sold annually in recent years that lack modern combustion and emissions control technologies to reduce dangerous nitrogen oxides (NOx) and particulate matter (PM) from diesel exhaust. These pollutants contribute to ground-level ozone, or smog, and soot, and are directly linked to asthma attacks, respiratory and heart problems, and premature death.

In 2016, EPA adopted common-sense rules that require glider truck engines to meet the NOx, PM and greenhouse gas emissions limits for the year in which the vehicle is assembled. The rules allow small businesses to annually sell up to 300 new trucks with old engines that don’t meet today’s tough emissions standards. This provision permits small companies to continue installing salvaged engines and transmissions from damaged trucks in new bodies and selling them as new trucks while limiting how much pollution glider trucks emit. Now EPA is doing an about-face and proposing to repeal these clean air safeguards at the request of companies that seek to sell thousands of new trucks that fail to meet modern (e.g. 2010) standards for NOx and PM.

Below are the main points I will make in my testimony at the Dec. 4 hearing. You can also register your concerns by commenting here.

This dirty truck loophole created by allowing unfettered sales of new trucks with old, dirty engines will lead to thousands—if not hundreds of thousands—of premature deaths. According to EPA’s analysis, one model year of 10,000 glider vehicles would increase air pollution enough to cause 1,600 premature deaths. This is astounding and dangerous. And the damages are likely to be much bigger because this loophole would encourage thousands more of these new dirty trucks to be sold and operated on public roads. Allowing this to occur completely goes against EPA’s mission to safeguard the public’s health by ensuring we have clean air.

The rollback that EPA is proposing today will cost Americans billions of dollars in increased health care expenses. Health damages to Americans are estimated to be $6 billion to $14 billion annually according to EPA’s analysis if the sales of these dirty trucks are unrestricted.

Some communities will be exposed to a disproportionate amount of the life-threatening NOx and PM pollution from this dirty truck loophole. The sickness and billions of dollars needed to treat it will not be spread evenly. People, usually of modest means, living near heavily-traveled roadways and ports with lots of truck traffic will be most affected. These disadvantaged communities are often already saddled with greater health burdens and have fewer resources to protect their health. EPA’s proposal would likely increase the risks to these communities.

EPA has failed to adequately take this disproportionate impact into account. The proposal completely lacks a detailed assessment of the enormous impacts that this policy change would have on disadvantaged and environmental justice communities. It’s unconscionable to put anyone at risk from avoidable pollution, but it’s especially disturbing to increase risk to communities that already bear heavier burdens.

EPA’s proposal increases health risks to the public so that a small number of glider truck companies can boost their profits. Prioritizing industry profits over citizens’ health is not EPA’s mission. The dominant new glider truck assembler, Fitzgerald Glider Kits, funded research meant to show that their vehicles are not dirty, but the claim does not hold up. Based on data from Daimler Trucks North America and PACCAR, EPA found that “nearly all engines for recent glider production are 1998-2002 pre-EGR engines” that lack the technology necessary to meet current standards.

The emissions results from testing recently-produced glider trucks from model years 2016 and 2017 at the National Vehicle and Fuel Emissions Laboratory in Ann Arbor, Michigan are shocking. Compared to conventionally manufactured model year 2014 and 2015 trucks, the glider tractors showed the following:

Allowing thousands of these vehicles to be sold each year is simply unacceptable from a health perspective.

The proposal also fails from the business point of view. Opening the market to dirty trucks that exploit a loophole undermines the level playing field the regulations are supposed to create to allow all truck and component manufacturers to compete fairly to bring cleaner technology to the market.

In conclusion, EPA must do all it can to protect public health and keep the United States on the path to a cleaner environment. Repealing the glider truck emission standards is a dangerous U-turn. On behalf of NRDC and our more than three million supporters, I strongly urge EPA to maintain the current glider vehicle and engine standards and drop this proposal.

Luke Tonachel is the director of the Clean Vehicles And Fuels Project, Energy & Transportation Program at the Natural Resources Defense Council.