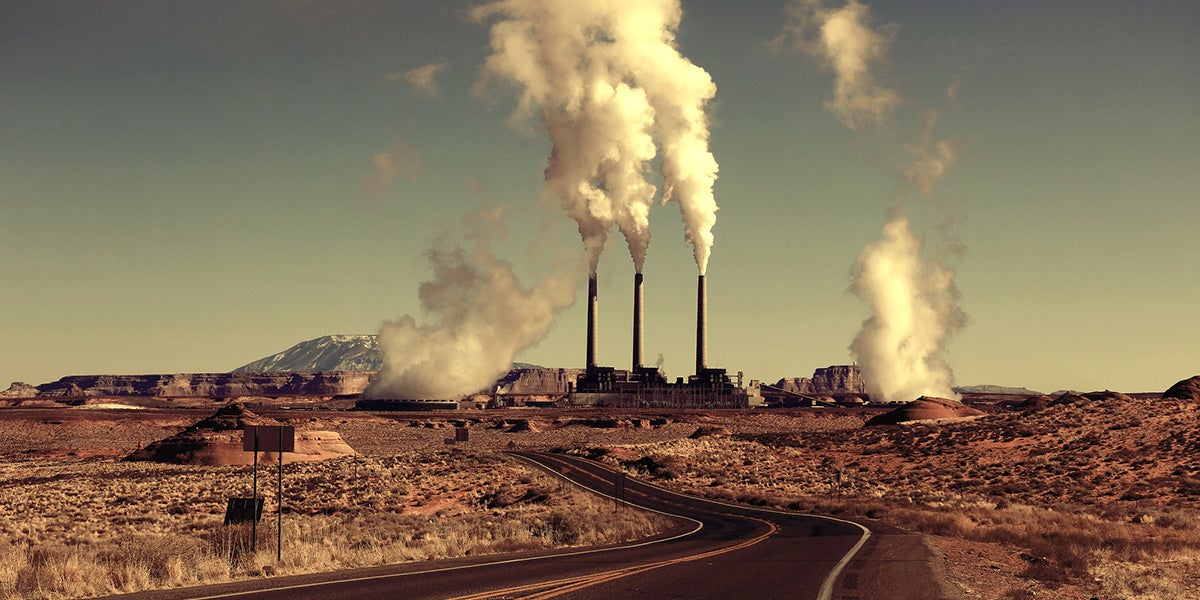 The U.S. Environmental Protection Agency (EPA) is withdrawing the “once-in always-in” policy for the classification of major sources of hazardous air pollutants under the Clean Air Act.

As
Reuters pointed out, the move on Thursday is “part of President Donald Trump‘s effort to roll back federal regulations and was sought by utilities, the petroleum industry and others.”

Environmental groups
warned the action will “allow hundreds of U.S. industrial facilities to dramatically increase their emissions of the most toxic air pollutants regulated by the Clean Air Act.”

Under the EPA’s new guidance, sources of hazardous air pollutants previously classified as “major” sources, such as
coal-fired power plants and factories, can be reclassified as “area” sources when the facility limits its emissions below mandated thresholds.

“This guidance is based on a plain language reading of the statute that is in line with EPA’s guidance for other provisions of the Clean Air Act,” Bill Wehrum, assistant administrator of EPA’s Office of Air and Radiation, said in a statement.

“It will reduce regulatory burden for industries and the states, while continuing to ensure stringent and effective controls on hazardous air pollutants.”

The “once-in always-in” policy, established in 1995, states that once a major facility fails to meet certain emission thresholds, it will permanently be required to comply to those standards, even when such a facility makes changes to reduce their pollution levels below the thresholds.

In a memo, the Trump EPA criticized the policy as “a longstanding disincentive for major sources of pollution to implement voluntary pollution abatement and prevention efforts, or to pursue technological innovations that would reduce emissions.”

But the
Natural Resources Defense Council (NRDC) called the decision “among the most dangerous actions that the Trump EPA has taken yet against public health” and intends to fight the decision.

“Rolling back longstanding protections to allow the greatest increase in hazardous air pollutants in our nation’s history is unconscionable,” John Walke, director of a clean air program for the NRDC, said in a statement.

“This move drastically weakens protective limits on air pollutants like arsenic, lead, mercury and other toxins that cause cancer, brain damage, infertility, developmental problems and even death. And those harmed most would be nearby communities already suffering a legacy of pollution. NRDC will fight this terrible decision to unleash toxic pollutants with every available tool.”