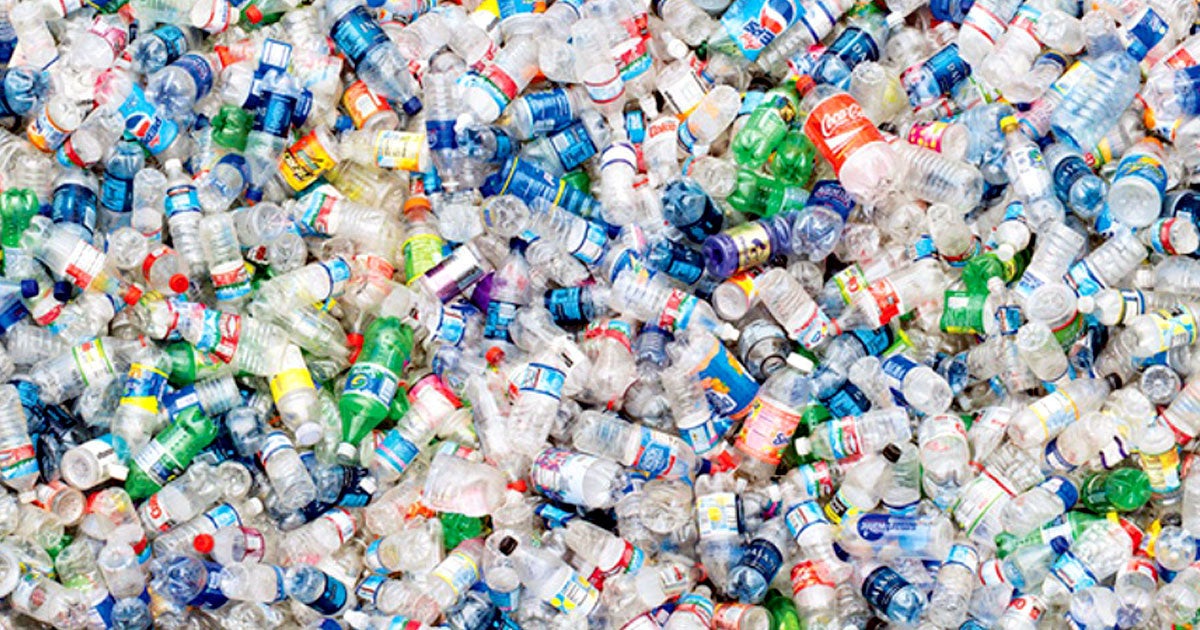 A new report highlights the astounding amount of plastic bottles humans go through and the environmental havoc it wreaks.

Citing figures from consumer market research company Euromonitor International, The Guardian reported that 1 million plastic bottles are bought every minute—or about 20,000 per second—around the globe.

About 480 billion plastic bottles were purchased globally in 2016 but less than half gets recycled, meaning most of this waste ends up in our oceans and landfills. Even worse, the report notes that the world’s increasing thirst for bottled beverages, especially in economically growing Asian countries, will bump these figures up another 20 percent, or 583.3 billion bottles, by 2021—fueling a crisis that experts believe will be as serious as climate change.

In the U.S., Americans went through about 50 billion plastic water bottles last year with a dismal 23 percent recycling rate. A North American study last year found that 22 million pounds of plastic goes into the waters of the Great Lakes each year. The researchers from Rochester Institute of Technology said that Chicago, Toronto, Cleveland and Detroit are the worst contributors to plastic pollution. In Lake Michigan alone, an equivalent of 100 Olympic-sized pools full of plastic bottles get dumped into the lake every year. Like in the oceans, the plastic trash in the Great Lakes breaks down into microplastics, which are consumed by fish and other aquatic life and moves up the food chain.

A widely reported study by the World Economic Forum and Ellen MacArthur Foundation determined that by the year 2050, the ocean will contain more plastic than fish. Not only that, researchers from the Commonwealth Scientific and Industrial Research Organization (CSIRO) in Australia and Imperial College London found that 99 percent of seabirds will swallow plastic by 2050.

Many people opt for bottled water because they think it’s cleaner or tastes better. But Annie Leonard, the executive director of Greenpeace USA notes that’s not necessarily true and is a wasteful way to spend our dollars.

“A four-year review of the bottled water industry in the U.S. and the safety standards that govern it, including independent testing of over 1,000 bottles of water found that there is no assurance that just because water comes out of a bottle it is any cleaner or safer than water from the tap. In fact tap water is tested more frequently than bottled water,” Leonard wrote. “In fact, a lot of the bottled water sold in the U.S. is just treated water from our municipal water systems; the same place our tap water comes from.”

Leonard continued, “As for the plastic containers that bottled water comes in, plastic’s made from oil and there’s nothing good about drilling that stuff up.”

She’s right. Besides choking fish and seabirds, the production of plastic bottles requires an enormous amount of resources. The Pacific Institute estimates that the production of bottles for American consumption requires the equivalent of more than 17 million barrels of oil, that the bottling process produces more than 2.5 million tons of carbon dioxide, and that it takes 3 liters of water to produce 1 liter of bottled water.

It’s clear that the world needs to give up this wasteful and environmentally damaging addiction. If you’d like to cut down on your plastic footprint, read this.