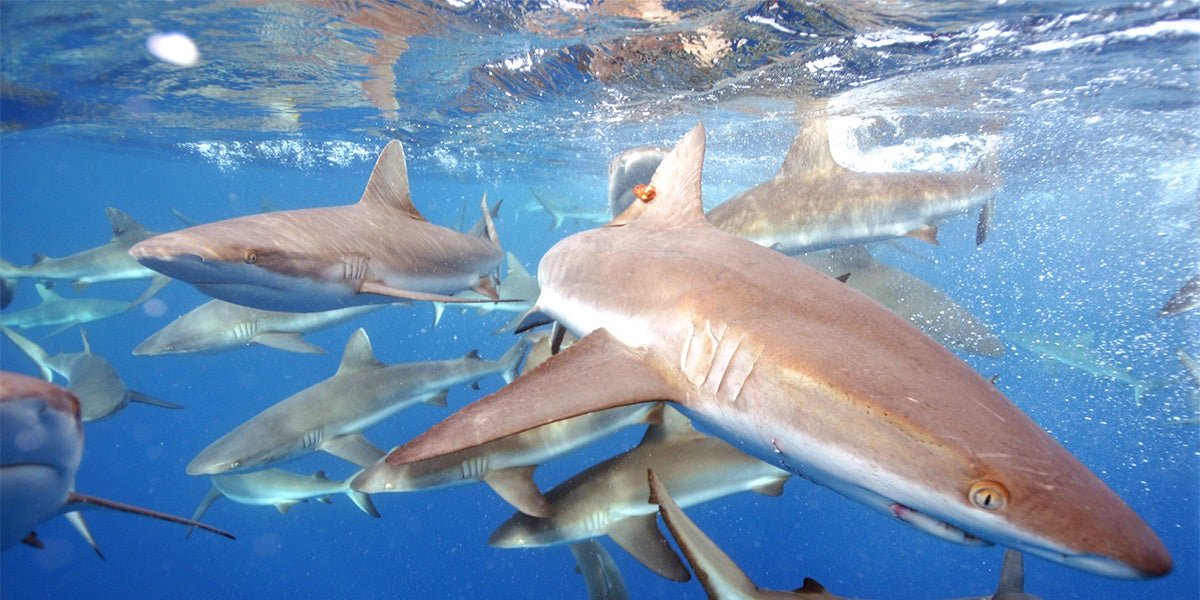 When reports surfaced in June that the National Oceanic and Atmospheric Administration (NOAA) might shift the language of its mission statement away from climate and conservation and towards security and the economy, acting head Rear Admiral Timothy Gallaudet rushed to reassure reporters that the agency’s mission would remain unchanged.

But a copy of the presentation in which Gallaudet floated the language change, reviewed by The Huffington Post Thursday, reveals a much more specific proposal which exemplifies what a shift away from conservation might mean: opening marine national monuments to commercial fishing.

Gallaudet gave the presentation at the Department of Commerce’s “Vision Setting Summit.” In it, he outlined the Commerce Department’s “Strategic Priorities for 2018,” which included cutting the U.S. seafood trade deficit (the U.S. imports more than 80 percent of the seafood it consumes) and expanding maritime commerce. To meet those goals, he proposed granting “permit fishing in marine monuments” within 90 days of the meeting.

The proposal comes as the world’s oceans are increasingly threatened by plastics and overfishing. As of 2016, nearly 90 percent of fisheries were either fished to capacity or overfished. Another 2016 report warned there could be more plastic than fish in the ocean by 2050.

For Oceans 5 program director Seth Horstmeyer, Gaulladet’s proposal would “fly in the face” of the goal of the marine national monument program, which is to preserve ocean ecosystems and resources, including fisheries. He told The Huffington Post that allowing fishing in these protected waters would turn them into “paper monuments.”

Horstmeyer also said that fishing in marine monuments would do nothing to impact how much fish the U.S. catches relative to other countries.

“Each year the Hawaii-based longline fishery is allocated a quota for how much bigeye tuna they can catch, so opening marine monuments will not allow more fish to be caught and certainly will not reduce the trade deficit,” he said.

Despite this, opening marine national monuments to fishing is not a new idea for the Trump administration.

In 2017, President Donald Trump signed executive orders asking for a review of 27 national monuments on land and sea.

A draft of a report by Interior Secretary Ryan Zinke leaked to the press in September recommended opening the Pacific Remote Islands, Rose Atoll and Northeast Canyons and Seamounts marine national monuments to commercial fishing, but the final draft of his report did not mention authorizing commercial fishing in any particular monument.

Instead, it suggested Trump lift the current prohibition on fishing in monuments and move authority over fisheries to regional councils as allowed by the Magnuson-Stevens Fishery Conservation and Management Act of 1976.

NOAA spokeswoman Julie Roberts called attention to Gaulladet’s statement when news of the presentation first surface last week, in which he said it was not “a final, vetted proposal.” But when asked about fishing specifically, Roberts did mention Zinke’s proposal for managing fisheries in national monuments based on the 1976 act.

“Successful implementation of this statute has been the key to the U.S. having the most sustainable wild-caught fisheries management in the world,” Roberts wrote in an email to The Huffington Post. She did not answer questions about which monuments could be impacted.