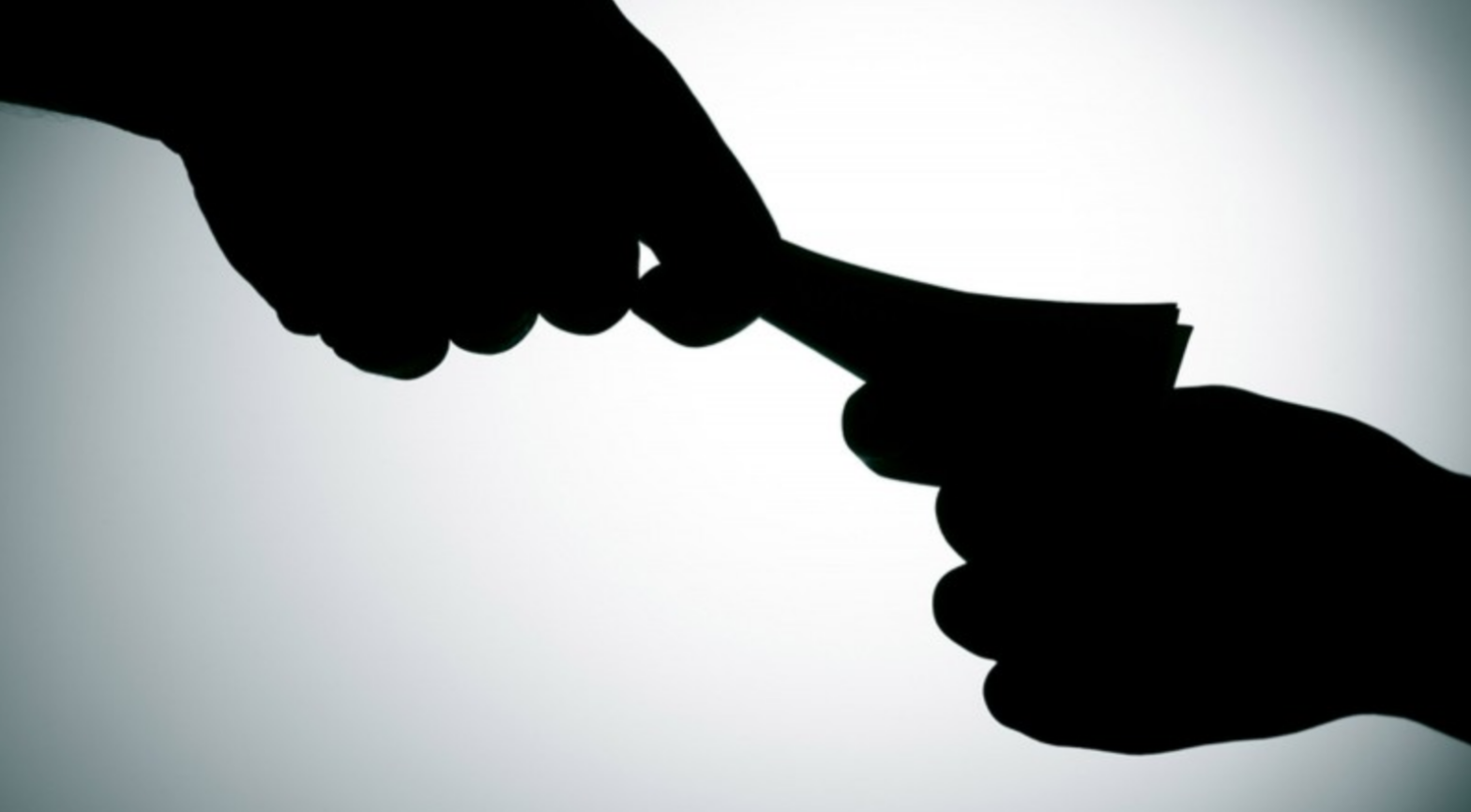 The Independent Women’s Forum is a 501(c)(3) nonprofit that has taken money from tobacco and oil companies, partners with Monsanto, defends toxic chemicals in food and consumer products, denies climate science and argues against laws that would curb the power of corporations.

IWF began in 1991 as an effort to defend now Supreme Court Justice (and former Monsanto attorney) Clarence Thomas as he faced sexual harassment charges. The group now says it seeks to “improve the lives of Americans by increasing the number of women who value free markets and personal liberty.”

A key message of IWF is to shift the blame for health or environmental problems away from corporations and toward personal responsibility—for example arguing that parents, not food companies, are to blame for America’s obesity problem.

According to data collected by Greenpeace USA, IWF has received more than $15 million in funding since 1998, largely from right-wing foundations that promote deregulation and corporate free reign.

IWF’s leading contributors, with donations topping $5.3 million, are Donors Trust and Donors Capital Funds, the “dark money ATM of the conservative movement” connected with Charles and David Koch. The funds channel money from anonymous donors, including corporations, to efforts that champion corporate agendas, as a Greenpeace investigation established.

IWF has also received $844,115 in combined donations from Koch family foundations. Other top funders include the Sarah Scaife Foundation, the Bradley Foundation, Randolf Foundation (an offshoot of the Richardson Foundation) and Searle Freedom Trust—all are leading funders of climate-science denial, according to a Drexel University study.

ExxonMobil and Philip Morris are among IWF’s funders, according to documents from the UCSF Tobacco Industry Documents Library. Phillip Morris named IWF in a list of “potential third party references” and “those who respect our views.”

The book “Merchants of Doubt” by Naomi Oreskes and Eric Conway described IWF as one of the “seemingly grass-roots organizations” funded by the Phillip Morris Corporation that focuses on “Individual Liberties,” “Regulatory Issues,” or both.

Rush Limbaugh has donated at least a quarter of a million dollars to IWF, according to this report in The Nation: “Guess Which Women’s Group Rush Limbaugh has Donated Hundreds of Thousands of Dollars to? Hint: it’s the one that defends him whenever he launches into a sexist tirade.”

IWF Board Chair Heather R. Higgins has held senior positions in numerous right-wing foundations, including the Randolph Foundation, the Smith Richardson Foundation and the Philanthropy Roundtable.

Kellyanne Conway, White House advisor and former Trump campaign manager, is an IWF board member. Directors Emeritae include Lynne V. Cheney, wife of Dick Cheney and Kimberly O. Dennis, president of the board of directors of Donors Trust and president and CEO of Searle Freedom Trust.

Nancy M. Pfotenhauer, a former Koch Industries lobbyist, left Koch Industries to become president of IWF in 2001 and she later served as vice chairman of IWF’s Board of Directors. She has a long history of promoting dirty energy and pushing for deregulation of polluting industries.

IWF’s agenda closely follows the lobbying and messaging agenda of tobacco, oil and chemical industry interests. Following are some examples:

“Clearly, the FDA doesn’t intend to punish women, simply for their gender. Yet, that’s precisely what’s going to happen if women are limited to smoking cessation products that biologically cannot provide them with the help they need to quit traditional cigarettes,” IWF wrote.

In response to the IWF letter, Stanton Glantz, Ph.D., professor of medicine at the UCSF Center for Tobacco Control Research and Education, said, “This is standard Philip Morris PR. There is no independent confirmation that IQOS are safer than cigarettes or that they help people quit smoking.”

The Independent Women’s Forum is a “Koch Industries Climate Denial Group” that “has spread misinformation on climate science and touts the work of climate deniers,” according to Greenpeace.

Jane Mayer reported in The New Yorker: “The (Koch) brothers have given money to more obscure groups, too, such as the Independent Women’s Forum, which opposes the presentation of global warming as a scientific fact in American public schools. Until 2008, the group was run by Nancy Pfotenhauer, a former lobbyist for Koch Industries. Mary Beth Jarvis, a vice-president of a Koch subsidiary, is on the group’s board.”

A Denver Post story reported in 2010 that IWF “thinks global warming is ‘junk science’ and that teaching it is unnecessarily scaring schoolchildren.” Through a campaign called “Balanced Education for Everyone,” IWF opposed climate science education in schools, which the group described as “alarmist global warming indoctrination.”

IWF President Carrie Lucas writes about the “growing skepticism about climate change” and argues “the public could pay dearly for the hysteria.”

IWF is a leading messenger for promoting toxic chemicals as nothing to worry about, opposing public health protections and trying to build trust for corporations like Monsanto. According to IWF’s “Culture of Alarmism” project, sharing information about hazardous chemicals in consumer products leads to “wasted tax dollars, higher costs and inferior goods for consumers, fewer jobs … and a needlessly worried, less free American populace.”

In February 2017, Monsanto partnered with IWF on an event titled “Food and Fear: How to Find Facts in Today’s Culture of Alarmism,” and an IWF podcast that month discussed “How Monsanto is Vilified by Activists.” 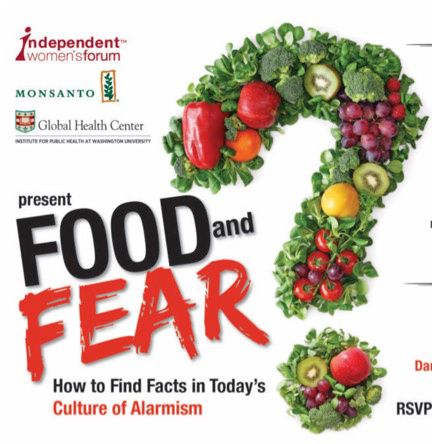 IWF pushes the talking points of Monsanto and the agrichemical industry: promoting GMOs and pesticides, attacking the organic industry and opposing transparency in food labels. Examples include:

IWF attacks the U.S. Food and Drug Administration as “government nannies,” for example describing the agency as “food Marxists” and “completely out of control” for issuing voluntary guidance to food manufacturers to cut sodium levels. 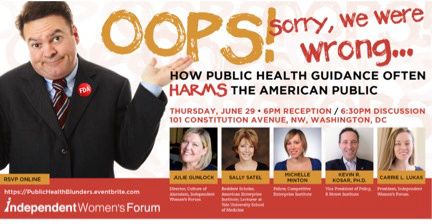 In 2012, IWF launched a “Women for Food Freedom” project to “push back on the nanny state and encourage personal responsibility” for food choices. The agenda included opposing “food regulations, soda and snack food taxes, junk science and food and home-product scares, misinformation about obesity and hunger, and other federal food programs, including school lunches.”

On obesity, IWF tries to shift attention away from corporate accountability and toward personal choices. In this interview with Thom Hartmann, Julie Gunlock of IWF’s Culture of Alarmism Project argues that corporations are not to blame for America’s obesity problem but rather “people are making bad choices and I think parents are completely checking out.” The solution, she said, is for parents to cook more, especially poor parents since they have a worse problem with obesity.

IWF pushes industry messaging, using covert tactics, in attempt to ostracize moms who are concerned about pesticides; a prime example is this 2014 New York Post article, “Tyranny of the Organic Mommy Mafia” by Naomi Schafer Riley.

Under the guise of complaining about “mom shaming,” Riley—who is an IWF fellow but did not disclose that to readers—attempts to shame and blame moms who choose organic food.

Riley’s article relied on information from industry front groups that she falsely presented as independent sources:

IWF partners with other corporate front groups such as the American Council on Science and Health, a leading defender of toxic chemicals with deep ties to Monsanto and Syngenta. ACSH is funded by chemical, pharmaceutical, tobacco and other industry groups.

As many journalists and articles have pointed out, IWF also partners with many other Koch-funded activist groups that deny climate science and push the deregulatory agenda of corporations.

Center for Media and Democracy, “Most Known Donors of the Independent Women’s Forum are Men,” by Lisa Graves (8/24/2016)

Center for Media and Democracy, “Confirmation: the Not-so-Independent Women’s Forum was Born in Defense of Clarence Thomas and the Far Right,” by Lisa Graves and Calvin Sloan (4/21/2016)

Slate, “Confirmation Bias: How ‘Women for Judge Thomas’ turned into a conservative powerhouse,” by Barbara Spindel (4/7/2016)

Inside Philanthropy, “The Money Behind the Conservative Women’s Groups Still Fighting the Culture War,” by Philip Rojc (9/13/2016)

The Nation, “Guess Which Women’s Group Rush Limbaugh has Donated Hundreds of Thousands of Dollars to? Hint: it’s the one that defends him whenever he launches into a sexist tirade,” by Eli Clifton (6/12/2014)