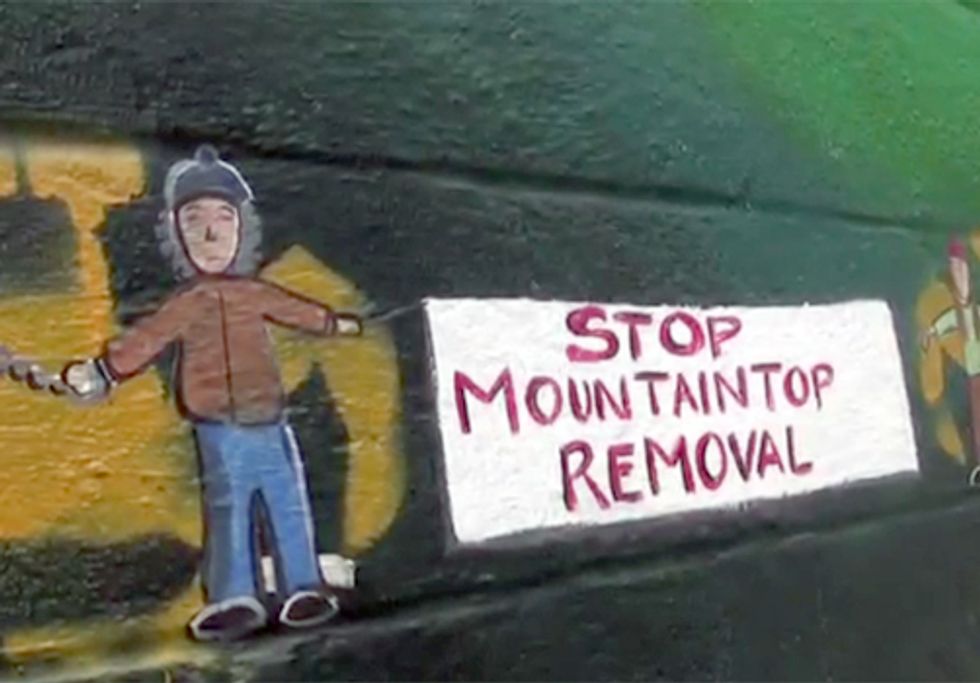 Filmmaker Charles Annenberg Weingarten needs no introduction in the central Appalachian coalfields. In the aftermath of the Upper Big Branch mine disaster in the spring of 2010, which took the lives of 29 miners and reminded the nation of the deadly price of violation-ridden coal company operations, the philanthropic filmmaker stayed in the Coal River Valley long after the media lights disappeared and embarked on a journey to understand the reality of those living and working along the "arteries and veins" of West Virginia's coal country.

On the second anniversary of the West Virginia mine disaster tonight, explore films, a philanthropic multimedia organization, will release West Virginia—Hillbillies, Coal Miners, Treehuggers & God on Link TV, Annenberg Weingarten's determined and heartfelt tribute to the coal mining heritage that has shaped the region and sacrificed much of the area's health for the country's electricity.

Turning away from the polemic of the absentee coal companies and their political lackeys that have ruled the region like a vassal colony for more than 150 years, Annenberg Weingarten shifts his attention and amiable narrative style to reveal the daily lives and aspirations and often unheard voices of underground miners and the traditional mining families fighting to end the above ground operations of devastating strip mining practices, including the humanitarian crisis of mountaintop removal.

"They're not just taking what's underneath the mountain," a resident tells Annenberg Weingarten, "but what's over it."

As long-time Coal River activist Bo Webb explains the corporate policy of divide and conquer, setting communities against themselves, Kayford Mountain hero Larry Gibson takes Annenberg Weingarten on an eye-opening walk to the edge of a massive mountaintop removal operation that has literally obliterated a historic community and range.

"I've been told I'm collateral damage," the indefatigable Gibson says, reminding the filmmaker of the need to preserve what is left of the "very jewel" of the nation.

Along with the 30-minute feature, explore films includes an additional trove of insightful interviews and thematic profiles, including one of the last interviews with Judy Bonds, the "godmother" of the movement to end mountaintop removal. To watch a clip of this interview click here.

One of the most powerful and endearing parts of the film follows Annenberg Weingarten's visit to Marsh Fork Elementary School, which is threatened by toxic coal dust and a massive coal slurry impoundment hanging above its premises behind an earthen mountain dam. As the kids regale the filmmaker with their hopes to become ballet dancers, doctors, oceanographers, Marines, veterinarians—and coal miners—Annenberg Weingarten makes the extraordinary step of obtaining a major grant from the Annenberg Foundation to dislodge the inaction of West Virginia politicians and the former Massey Energy coal company, and build the children a new and safe school.

Annenberg Weingarten's gift, like the very heritage he explores, is a wonderful legacy, and one that the rest of the nation needs to know as they flip on their lights and electricity each day.