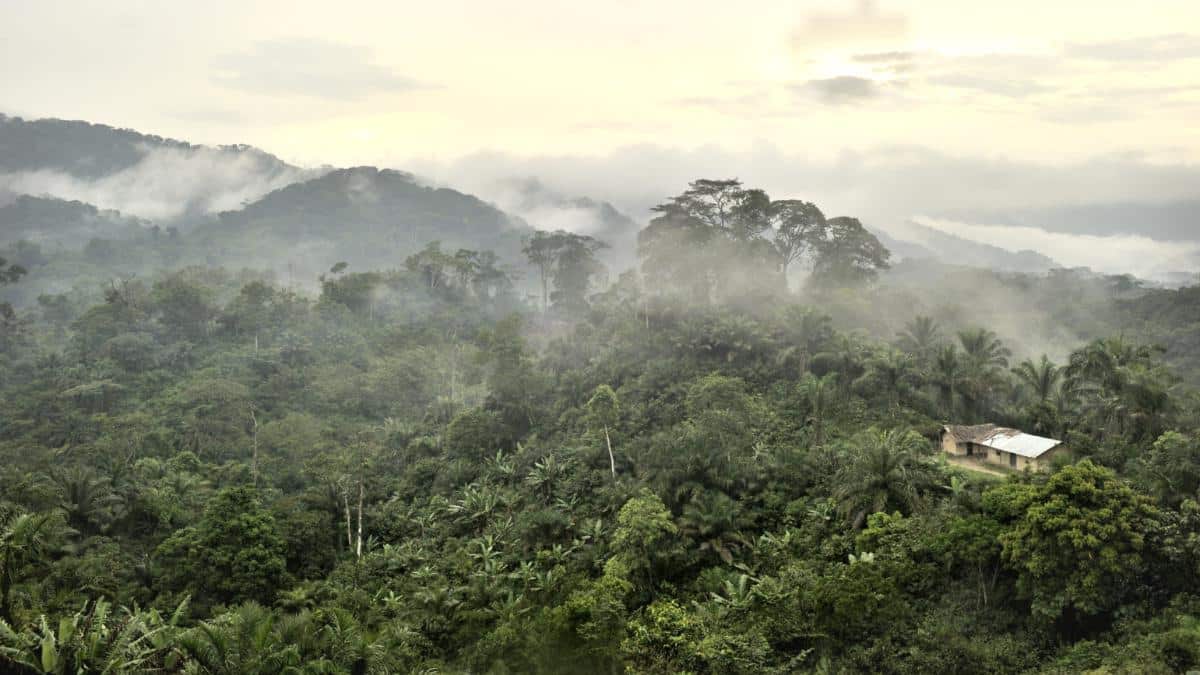 A new study maps the different forest types present in Central Africa and pinpoints which are most vulnerable to the climate crisis. Yannick Tylle / Getty Images

Much of the conversation surrounding the ecological benefits of tropical rainforests focuses on South America’s Amazon. However, the forests of Central Africa are just as important. While the Amazon is the largest contiguous rainforest in the world, Central Africa’s rainforests are the world’s second largest, Nature reported. They store more carbon per hectare than the Amazon and host a higher concentration of large trees than any other continent.

They are also under threat. A new study published in Nature on Wednesday maps the different forest types present in Central Africa and pinpoints which are most vulnerable to the climate crisis and human activity.

“Africa is forecasted to experience large and rapid climate change and population growth during the twenty-first century, which threatens the world’s second largest rainforest,” the study authors wrote. “Protecting and sustainably managing these African forests requires an increased understanding of their compositional heterogeneity, the environmental drivers of forest composition and their vulnerability to ongoing changes.”

The team mapped the forests based on where different plants thrived.

“The forest area of Central Africa is far from being a homogeneous green carpet. It is home to a wide variety of forests with different characteristics, including their own particular carbon storage capacity,” Maxime Réjou-Méchain, study lead author and French National Research Institute for Sustainable Development (IRD) ecologist, said in an IRD press release. “This diversity can be explained by the different types of climate (humidity, temperature, evapotranspiration rate, amount of rainfall) and soils, as well as by the history of the African flora and the degree of human activity that has disturbed the forests for thousands of years, such as shifting agriculture.”

The researchers identified 10 types of forest, according to Nature. These include Atlantic coastal evergreens in Gabon and semi-deciduous forests at the northern edge of the Central African study area. The researchers then compared their map with projections for how the region’s climate is likely to change by 2085.

Because the various forest types have evolved over time to thrive in different climate niches, the rise in global temperatures might mean that some trees will be less able to adapt to a changing climate.

“[T]he forest margins in the north and south of the region, the Atlantic forests and most of those in the Democratic Republic of Congo, which is home to more than half of Central Africa’s forests, are among the most vulnerable,” Professor Bonaventure Sonké, study coauthor and University of Yaoundé 1 botanist, told IRD.

However, the research also presents a guide to conserving the particular biodiversity of these forests.

“These results must now be used and applied to develop land use plans that preserve forest characteristics while maintaining connections between protected zones through sustainably managed timber production forests,” Sylvie Gourlet-Fleury, study coauthor and CIRAD forest ecologist, said in the press release.

While human activity threatens the forests, they are also key resources for the people who live in and near them.

“[R]ainforests in Central Africa and the ecosystem services they provide are intertwined with people’s livelihoods and food security,” Marion Pfeifer from Newcastle University’s School of Natural and Environmental Sciences and Deo Shirima from Tanzania’s Sokoine University of Agriculture wrote in Nature. “Developing sustainable management plans that recognize the diversity of the ways in which people interact with and depend on these forests will be a huge challenge. It will require concerted cross-disciplinary and cross-sectoral efforts that move beyond national boundaries.”