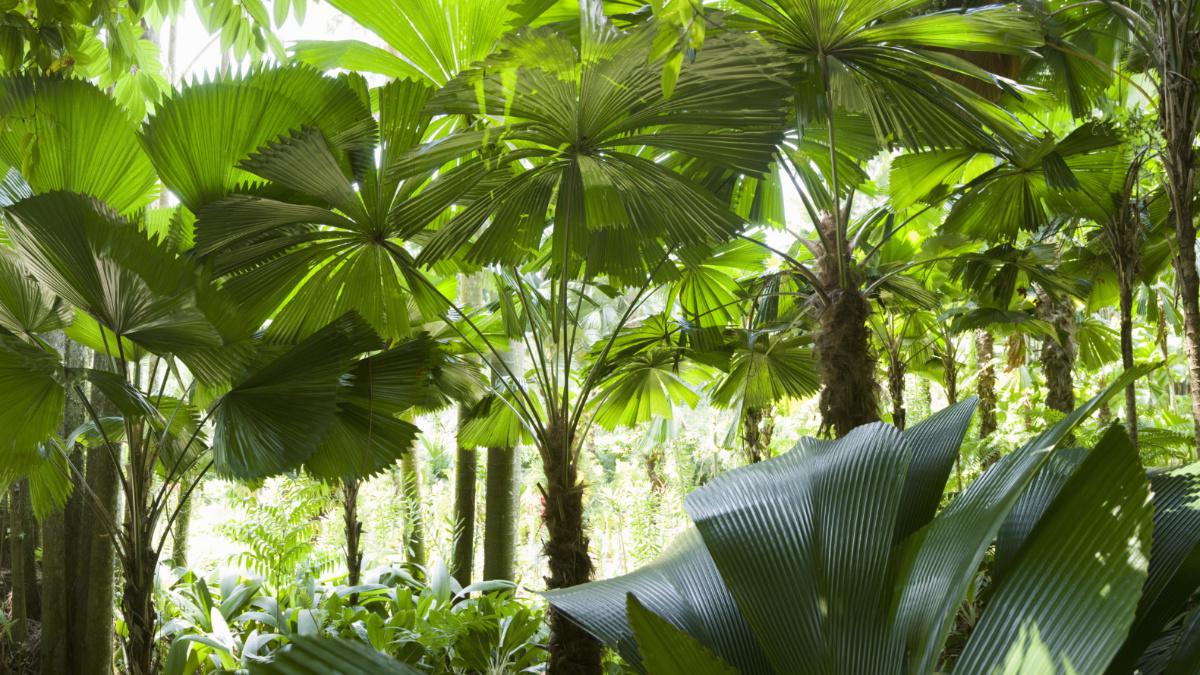 About 66 million years ago, a 12-km asteroid struck Earth. The massive heat and impact likely triggered tidal waves and clouded the skies with ash, The Washington Post reported. Scientists estimate that up to 75 percent of all life on land went extinct, including the dinosaurs.

The space rock that triggered that mass extinction event is also the likely reason we have the Amazon Rainforest, a new study suggests. Published in the prestigious journal Science, the research indicates that that same asteroid that killed the dinosaurs also birthed all of Earth’s tropical rainforests.

Mónica Carvalho, study co-author from the Smithsonian Tropical Research Institution (STRI) in Panama, examined tens of thousands of fossils in Columbia to understand how the plant life in Central and South America shifted from before and after the impact, reported Nerdist. Her team discovered that the type of vegetation comprising the continent’s forests drastically changed from before and after. Before the crash, widely spaced conifers and ferns filled the region, allowing in large amounts of light, The Post reported.

After the asteroid struck, many species went extinct, particularly seed-bearing plants. Plant diversity declined about 45 percent after the impact, researchers found. Examining more than 50,000 fossil pollen records, the team discovered that flowering plants called angiosperms took over as the forests recovered during the next six million years. These filled in where other species had gone extinct, leading to the “reign of flowers,” an STRI press release noted.

The impact also changed the spatial structure of forests, from widely spaced to densely packed. Leaf data from more than 6,000 fossils shows that the thick, dense tropical canopy associated with today’s rainforests did not develop until after the impact. The data suggests that the spatial change from “relatively open to closed and layered… led to increased vertical stratification and a larger diversity of plant growth forms,” News18 reported. As trees grew taller and closer, they partially blocked the sun, allowing different species of flowering plants to flourish, the Post reported. This is how Earth’s most diverse terrestrial ecosystem — the tropical rainforests teeming with bright bromeliads and abundant orchids — developed, the study implies.

As for why, the researchers offered three theories: dinosaurs had kept the forest open and sparse by feeding on and trampling plants; falling ash enriched soils, giving an advantage to faster-growing flowering plants; and preferential extinction of conifers created the opportunity for flowering plants to take over.

While scientists aren’t sure which theory, or combination of theories, created modern rainforests, Carvalho did conclude with one key takeaway: “The lesson learned here is that under rapid disturbances… tropical ecosystems do not just bounce back; they are replaced, and the process takes a really long time.”

The end-Cretaceous asteroid impact that resulted in the destruction of nearly 75% of Earth's terrestrial life drastically restructured tropical forests, setting the stage for the evolution of today’s most diverse terrestrial ecosystem. ($) https://t.co/4Q1eIKUHUw #ScienceResearch pic.twitter.com/mIVfl3Jizi

The shift in plant species and tree density likely also impacted the past and present climate, the STRI release added. Tropical rainforests, and the Amazon in particular, are some of the planet’s most important carbon sinks. By absorbing greenhouse gases, the trees help curb the climate crisis and keep Earth habitable.

“The sparser canopies of the pre-impact forests, with fewer flowering plants, would have moved less soil water into the atmosphere than did those that grew up in the millions of years afterward,” the STRI release explained. This increased humidity and cloud coverage, making the area much more productive, Wired reported.

Legume trees, a dominant feature in today’s tropical rainforests, also entered the fossil record after the impact. These trees, with the help of symbiotic bacteria in their roots, fix nitrogen into soil, Wired reported. Without these shifts in forest spacing and makeup, today’s climate could have developed differently.

The researchers hope the new study can help scientists understand how today’s rainforests will respond to the rapidly changing climate currently threatening their existence.

According to Wired, Carvalho also warned, “The changes we are seeing today in relation to climate and deforestation are so rapid that we haven’t really seen them in any other scenario in the history of the planet. Extinction is something that occurs really fast.”