Antarctica Was a Rainforest During the Times of Dinosaurs, New Study Finds 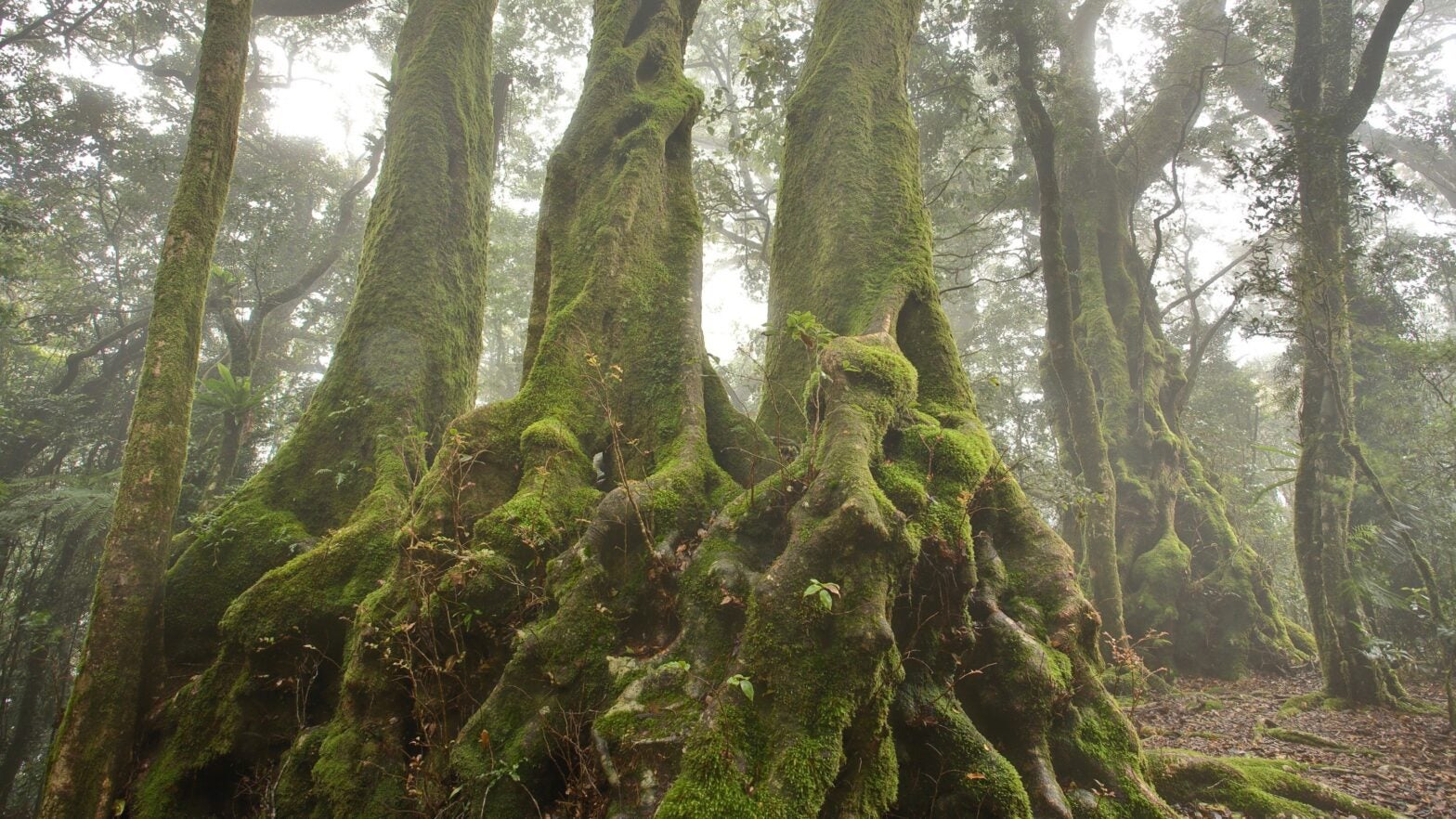 Some speculate that the dissemination of the Antarctic beeches or Nothofagus moorei (seen above in Australia) dates to the time when Antarctica, Australia and South America were connected. Auscape / Universal Images Group / Getty Images

A team of scientists drilled into the ground near the South Pole to discover forest and fossils from the Cretaceous nearly 90 million years ago, which is the time when dinosaurs roamed the Earth, as the BBC reported.

The frozen continent was once home to a swampy rainforest and had average temperatures around 53 degrees Fahrenheit, according to the new study published in the journal Nature. The world than was much warmer and sea levels were 550 feet higher than they are now, according to Newsweek.

The discovery of preserved roots, pollen and spores in west Antarctica shows that the world at that time was a lot warmer than previously thought. For vegetation to grow in Antarctica during that period, the Earth needed a greenhouse climate and carbon dioxide levels much higher than scientists had estimated they were. It also means, the continent did not have glaciers then, as The Guardian reported.

In fact, the vegetation was probably similar to what is found New Zealand’s South Island today, according to the BBC.

“We didn’t know that this Cretaceous greenhouse climate was that extreme,” Dr. Johann Klages of the Alfred Wegener Institute in Germany and a co-author of the research said to The Guardian. “It shows us what carbon dioxide is able to do.”

Speaking to Newsweek, he said, “We didn’t expect anything like this. An entirely terrestrial record of Antarctic forest soil at 82 degrees south!”

The research took place about 550 miles away from the South Pole. The discovery and analysis were conducted out by an international team of researchers led by geoscientists from the Alfred Wegener Institute Helmholtz Centre for Polar and Marine Research in Germany and included Imperial College London scientists.

They scientists found traces of the preserved forest in a sediment core drilled from the seabed in West Antarctica, near the Pine Island and Thwaites glaciers. They noticed an odd color in one section that would have once been on land. color. “We just saw that we probably found something very special and it turned out to be true during our analyses of the following two-and-a-half years,” Klages told Newsweek.

According to a statement from Imperial College London, the team used a CT-scan to analyze the section of the core and discovered a dense network of fossil roots, which was so well preserved that they could make out individual cell structures. The sample also contained many traces of pollen and spores from plants, including from flowering plants — the first ever found at these high Antarctic latitudes.

“The preservation of this 90-million-year-old forest is exceptional, but even more surprising is the world it reveals,” Professor Tina van de Flierdt, from the Department of Earth Science & Engineering at Imperial College London and a co-author on the paper, said in the statement. “Even during months of darkness, swampy temperate rainforests were able to grow close to the South Pole, revealing an even warmer climate than we expected.”

The researcher reconstructed the environment of this preserved forest, by analyzing descendant plants, as well as temperature and precipitation indicators within the sample. They created an animated movie of their discovery.

“We have a really nice X-ray movie through the sediment core,” Karsten Gohl, who spearheaded the expedition on Germany’s Research Vessel Polarstern, said to the BBC. “It’s like we’ve drilled into a modern swamp environment and you’re seeing the living root system, small plant particles and pollen – but this is all preserved from 90 million years ago. It’s amazing.”

One remarkable aspect of the plant fossils is that the plants had to adapt to three to four months of darkness.

“Probably these plants, they had a much more effective way of shutting down for a much longer amount of time and then come back successfully,” Klages said to the BBC. “That was quite an interesting adaptation, which is not present right now on the planet, but which can evolve.”

The discovery of plant fossils has lessons for today as the climate crisis bears down on us. Dr. James Bendle, an expert in organic geochemistry from the University of Birmingham in the UK, told The Guardian that the Antarctic ecosystem holds clues for our future since the unabated use of fossil fuels use could push concentrations of carbon dioxide to levels similar to those from 90 million years ago by the start of the next century.

“Ultimately, if we have an atmosphere of more than 1,000 parts per million of carbon dioxide, we are committing ourselves to a future planet that has little to no ice, and ultimately an Antarctic continent that would be vegetated and wouldn’t have an ice cover,” he said.