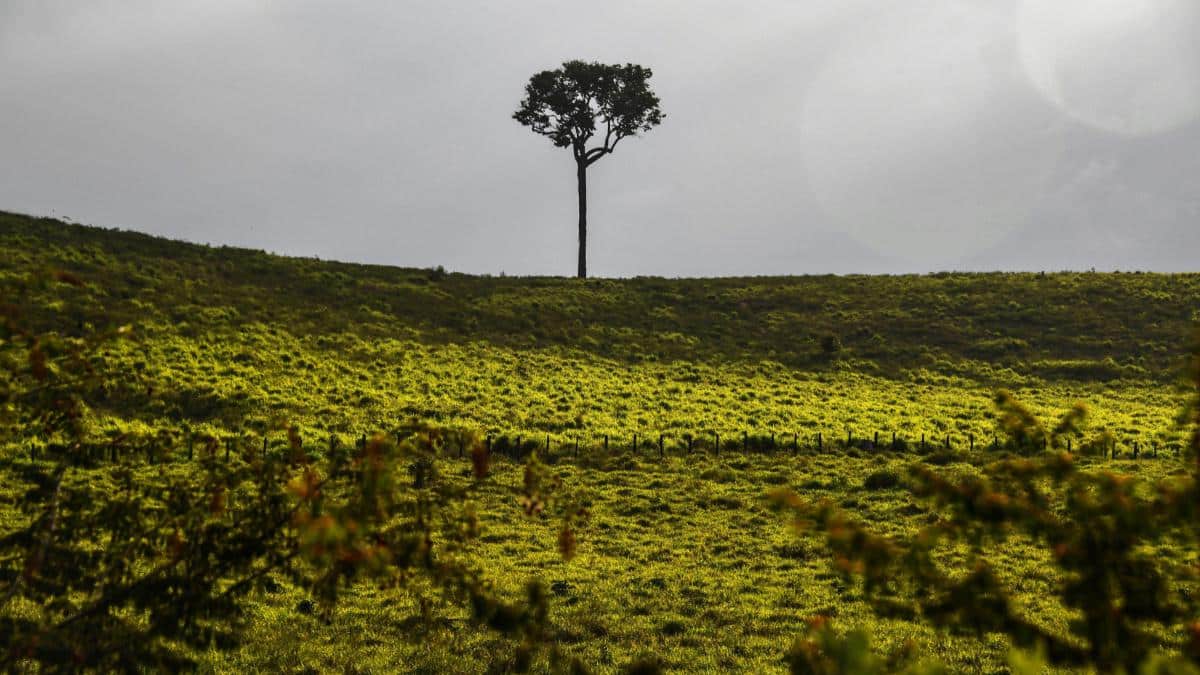 New data from a Norwegian nonprofit is generating fresh concerns about humanity’s destruction of the natural world, revealing Monday that people have ravaged about two-thirds of original tropical rainforest cover globally.

RFN defined degraded forests as those that are partly destroyed or fully wiped out but replaced by more recent growth. The group’s definition for intact forest, considered too strict by some experts, includes only areas that are at least 500 square kilometers or 193 square miles; trees and biodiversity are at greater risk in smaller zones.

We need to stop destroying forests & other nature, for the sake of our health, biodiversity & #climate.https://t.co/JpCnyO2CR3 #Together4Forests

The RFN findings, reported by Reuters, show that over half of the destruction since 2002 has been in the Amazon and neighboring rainforests. Deforestation in South America—particularly within Brazil, home to the majority of the Amazon—has caused recent alarm given the role of rainforests in trapping carbon.

A forest carbon flux map released in January by organizations including WRI found that between 2001 and 2019, forests emitted an average of 8.1 billion metric tonnes of carbon dioxide annually due to deforestation and other disturbances but also absorbed 16 billion metric tonnes per year over the same period.

As more rainforest is destroyed, there is more potential for climate change, which in turn makes it more difficult for remaining forests to survive, said the report’s author Anders Krogh, a tropical forest researcher.

“It’s a terrifying cycle,” Krogh said. The total lost between just 2002 and 2019 was larger than the area of France, he found.

Deforestation has surged in Brazil since far-right President Jair Bolsonaro—a foe of both environmental regulations and Indigenous people in his country—took office in early 2019. Brazilian forest loss hit a 12-year high in 2020, according to satellite imagery from the country’s space research agency.

“Instead of acting to prevent the increase in deforestation, the Bolsonaro government has been denying the reality of the situation, dismantling environmental agencies, and attacking NGOs who work on the ground in the Amazon,” said Greenpeace Brazil Amazon campaigner Cristiane Mazzetti in response to the data.

A look at tropical rainforest deforestation globally in 2019. Brazil/Americas far and away the leader. The drivers of destruction are similar everywhere though, logging or agriculture, whether for beef cattle in Brazil or palm oil in SE Asia. https://t.co/1ISxV6BL1A pic.twitter.com/I1zm1RZ9Mr

Bolsonaro enjoyed a close relationship with former U.S. President Donald Trump—and both leaders faced an onslaught of global criticism for their similar response to various crises, from the raging coronavirus pandemic to the climate emergency.

Comments from Brazilian Foreign Minister Ernesto Araújo on Friday suggest that the recent swearing-in of U.S. President Joe Biden may mean a shift. According to Reuters, Araújo—who has called human-caused climate change a “Marxist conspiracy”—said the administrations are now collaborating on the crisis.

“Something that was regarded as an impediment… is totally out of the way. We are now working together… as key partners towards a successful COP26 and fully implementing climate agreements,” said Araújo, referring to the United Nations climate summit rescheduled for November due to the pandemic.

A U.N. report released late last month found that the international community is quite far off from meeting the Paris climate agreement’s 1.5°C and 2°C temperature targets based on the greenhouse gas emissions reduction pledges that governments have proposed for the next decade.

Marcio Astrini, executive secretary of the Brazilian group Observatório do Clima, called Bolsonaro’s plan “a trainwreck of reduced ambition” that “violates the Paris agreement by giving the country a free pass to emit 200 million tons to 400 million tons of CO2 more than the 2015 pledge.”

“It totally eliminates any mention of deforestation control and it lacks clarity on its conditionality,” added Astrini. He warned against accepting “such a dangerous precedent” and called for global pressure on his government “to go back to the drawing board” and formulate a pledge “with real targets.”

The Amazon “represents the best hope for preserving what rainforest remains,” Reuters noted, adding that Krogh found the world’s largest rainforest “and its neighbors—the Orinoco and the Andean rainforest—account for 73.5% of tropical forests still intact.”

While that fact “gives hope,” RFN tweeted Monday, the “current rate of destruction is frightening.”

The group found that after South American rainforests, the top deforestation hot zones since 2002 have been Southeast Asian islands where trees have been cleared for palm oil plantations followed by Central Africa—specifically around the Congo River basin, where forest loss results from agriculture and logging.