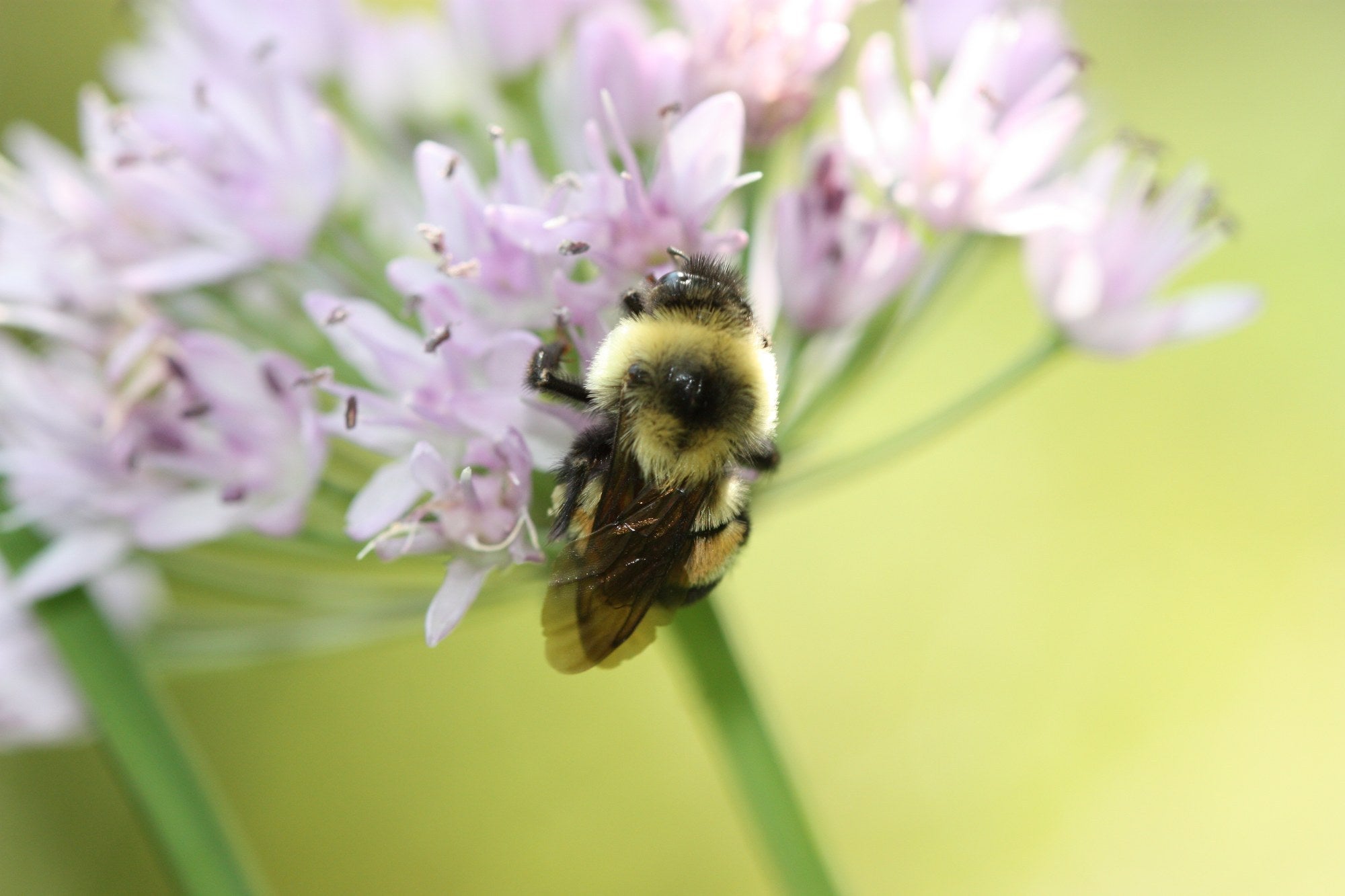 The U.S. Fish and Wildlife Service (USFWS) has declared the rusty patched bumble bee an endangered species under the U.S. Endangered Species Act (ESA). This is the first-ever bumble bee in the U.S., and the first wild bee of any kind in the contiguous 48 states, to receive ESA protection.

This landmark decision was made in “a race against extinction” of the Bombus affinis which is “balancing precariously on the brink of extinction,” the agency said in its announcement Tuesday.

The bee, known for its distinctive reddish mark on its abdomen, was once common and abundant across 28 states from Connecticut to South Dakota, the District of Columbia and two Canadian provinces, but has plummeted by 87 percent since the late 1990s. Only small, scattered populations remain in 13 states and one province.

“The rusty patched bumble bee is among a group of pollinators—including the monarch butterfly—experiencing serious declines across the country,” USFWS Midwest Regional Director Tom Melius said. “Why is this important? Pollinators are small but mighty parts of the natural mechanism that sustains us and our world. Without them, our forests, parks, meadows and shrublands, and the abundant, vibrant life they support, cannot survive, and our crops require laborious, costly pollination by hand.”

The rusty patched bumble bee is already listed as “endangered” under Canada’s Species at Risk Act and as “critically endangered” on the International Union for Conservation of Nature’s Red List.

The insect is an important pollinator of prairie wildflowers, as well as food crops such as cranberries, blueberries, apples, alfalfa and more.

“Bumble bees are especially good pollinators; even plants that can self-pollinate produce more and bigger fruit when pollinated by bumble bees,” the USFWS said. “Each year, insects, mostly bees, provide pollination services valued at an estimated $3 billion in the United States.”

According to the invertebrate conservation group Xerces Society, the rusty patched bumble bee’s faces a number of threats including the spread of pests and diseases by the commercial bumble bee industry, other pests and diseases, habitat destruction or alteration, pesticides, invasive species, natural pest or predator population cycles and climate change.

The group and its partners have petitioned the government for the listing of the insect for years.

“We are very pleased to see one of North America’s most endangered species receive the protection it needs,” Sarina Jepsen, director of endangered species at the Xerces Society, said in reaction to the listing. “Now that the Fish and Wildlife Service has listed the rusty patched bumble bee as endangered, it stands a chance of surviving the many threats it faces—from the use of neonicotinoid pesticides to diseases.”

The use of highly toxic insecticides known as neonicotinoids have been identified as a major culprit to the widespread decline of pollinator species. Germany, France and Italy have banned neonicotinoids and in March, Maryland became the first U.S. state to pass strict restrictions on neonicotinoids for consumer use to protect its bees.

Specifically, the use of neonicotinoids continues to grow throughout the range of the rusty patched bumble bee.

“A number of scientific articles clearly document the lethal and sublethal effects that these chemicals are having on bees and other pollinators, and their use has intensified extensively within the rusty patched bumble bee’s range during the same time period that declines have been observed,” the Xerces Society explains.

The Xerces Society also suggests that the massive rise in the use of the controversial herbicide glyphosate on genetically modified corn and soybean fields in the last 20 years has effectively eliminated milkweed and other wildflowers from the agricultural landscape.

“While no direct link has been made from the use of these pesticides to the declines observed in the rusty patched bumble bee there is little doubt that stressors like pesticides at the very least put increased pressures on an already imperiled bumble bee, especially when one considers the scope at which these chemicals are being adopted and used,” the group points out.

Lori Ann Burd, director of the Center for Biological Diversity’s environmental health program, also warned that neonicotinoids are a particular threat to pollinators and urges the U.S. Environmental Protection Agency to rein in use of “bee-killing pesticides.”

“The U.S. Fish and Wildlife Service’s wise decision to protect the rusty patch bumble bee as endangered acknowledges the much larger threat dangerous neonicotinoid pesticides pose to all of the world’s pollinating insects, including the 4000 species of wild bees right here in North America,” Burd said. “Until the Environmental Protection Agency takes the necessary steps to rein in the reckless use of bee-killing pesticides on hundreds of millions of acres on the American landscape, we’ll continue to see declines of the pollinators critical to the long-term health of our ecosystems.”

Rebecca Riley, senior attorney with the Natural Resources Defense Council (NRDC), who partnered with the Xerces Society to encourage the USFWS to take action on the listing petition for this species, also praised the new designation.

Riley called the listing “the best—and probably last—hope for the recovery of the rusty patched bumble bee.”

The final rule listing the rusty patched bumble bee as endangered will be listed in the Federal Register on Wednesday and takes effect on Feb. 10.