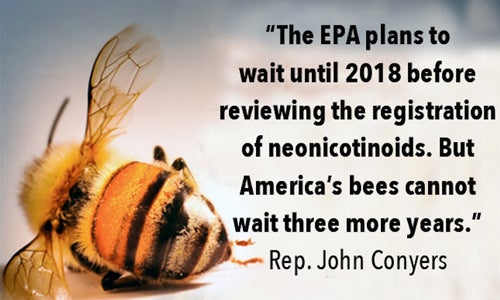 In an effort to curb its plummeting honeybee population, Maryland is about to become the first state in the nation to pass strict restrictions on neonicotinoids for consumer use.

Neonicotinoids are a potent class of pesticides used on many crops in the U.S. that have been linked to the widespread decline of pollinator species. As EcoWatch mentioned previously, 29 independent scientists conducted a global review of 1,121 independent studies and found overwhelming evidence of pesticides linked to bee declines.

Republican Gov. Larry Hogan is poised to sign a combined set of bills passed in both the state’s upper and lower chambers (SB 198 and HB 211), the The Washington Post reported.

According to the Post, the bipartisan legislation would take neonicotinoids away from everyday consumers who spray their home gardens and trees with these harmful pesticides. They would not be able to buy neonic-products such as Knockout Ready-to-Use Grub Killer, Ortho Bug B Gon, All-In-One Rose & Flower Care, Lesco Bandit Insecticide from the thousands of hardware stores, garden centers, nurseries in the state that sell such products. Farmers and professional gardeners, who better understand how to apply the chemicals, are exempt from the law which will come into effect in the year 2018.

The news comes as much-needed reprieve for the Maryland’s dwindling honeybees. Compared to the national average of 42.1 percent, Maryland’s beekeepers lost more than 60 percent of their colonies on average in the past year, one of the highest in U.S., according to a U.S. Department of Agriculture (USDA) survey.

Del. Anne Healey, D-Prince George’s County, who authored the House version of the bill, told the Washington Post that the new law would “be a landmark, and it would set a standard that maybe other states would follow.”

Healey pointed out in a June 2015 editorial in The Baltimore Sun that more actions must be taken to protect our pollinators, which serve a critical role in our food supply:

ThinkProgess reported that while California, Alaska, New York, and Massachusetts have made attempts to ban or limit neonicotinoids, no piece of legislation has made it as far as Maryland. Only Oregon has a bill that bans neonics on a certain species of a tree.

Counter to the aggravatingly slow action from the USDA—which has taken more than 20 years to admit that neonicotinoids kill bees—a growing list of individual cities and jurisdictions such as Portland and Eugene in Oregon, Seattle and Spokane in Washington and many more have banned neonics. 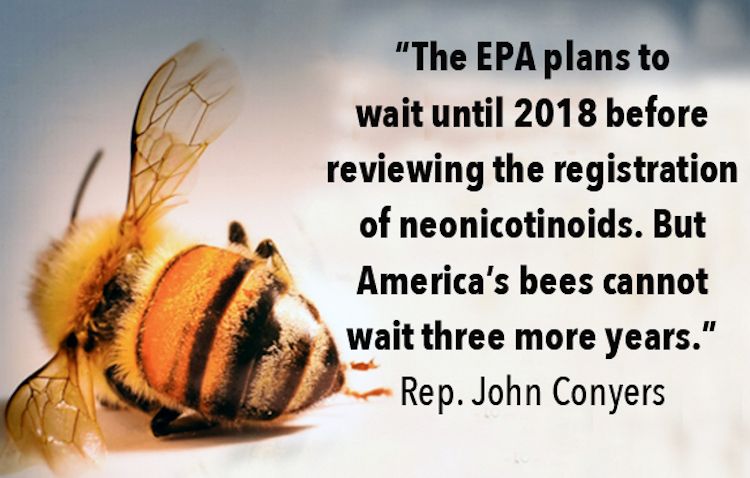 France is moving towards a total ban on bee-harming neonics, a move that goes beyond European Union restrictions, Reuters reported last week.

However, Maryland’s Department of Agriculture has denied evidence linking the decline of bees to neonicotinoids. The agency said in a statement that it “has not documented any cases of neonicotinoid pesticides negatively impacting honeybees in Maryland,” citing a USDA National Honeybee Survey saying “no neonicotinoids were found in Maryland pollen samples, and fewer pesticides overall were detected when compared to the national average.”

The Washington Post also noted that the state department is concerned that the $200,000 allocated in the House bill to implement and enforce the new law would be inadequate, arguing that it would likely cost more than $1 million a year instead. Additionally, Maryland’s amateur gardeners are still able to buy the pesticides from out of state or the internet making enforcement all the more difficult.