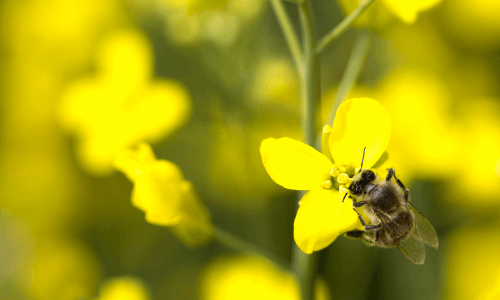 Neonicotinoids—a potent class of pesticides used on many crops in the U.S.—have long been blamed for the widespread decline of our pollinators. Now a major new study has found a direct correlation between the use of these “neonics” and honeybee colony losses across England and Wales.

Meanwhile, a report from the U.S. Geological Survey (USGS) revealed that the controversial insecticides were present in more than half of both urban and agricultural streams sampled across the U.S. and Puerto Rico.

First, the UK-based study published in the scientific journal Nature, found that the increased use of  neonicotinoids as a seed treatment on oilseed rape (similar to canola) crops in England and Wales between 2000 to 2010 correlated with higher bee mortality during that time, The Guardian reported.

For the study, scientists led by Giles Budge at the Food and Environment Research Agency (a former UK government agency) and University of Georgia entomology professor Keith Delaplane, analyzed a large-scale cropped area that grew from 293,378 hectares to 602,270 hectares in this 11-year period. In this time, the number of seeds treated with the neonic “imidacloprid” grew from less than 1 percent of planted area in 2000 to more than 75 percent in 2010. In total, the researchers observed 126,220 colonies in that cropped area, of which 10,725 honeybee colonies, or 8.5 percent, were found to be dead.

Additionally, as The Guardian reported from the study, the authors also found that while farmers who used this neonicotinoid used fewer applications of other pesticides, the long-term benefits of treating oil seed rape seeds with imidacloprid on crop yields were negligible.

The authors acknowledged limits in their study, saying that since it wasn’t a controlled experiment a “multitude of unaccounted variables that are known to impact honey bee colony mortality” could have affected their data. 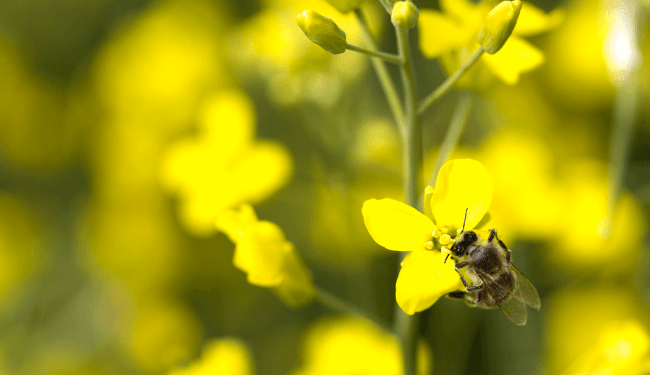 UK-based researchers found a direct correlation between honeybee colony losses and the use of neonicotinoids on oilseed rape crops.

Still, this latest study adds to an increasing body of scientific evidence that links the highly toxic nature of neonicotinoid insecticides on our pollinators. The study calls for further investigations into the relationships between imidacloprid usage at the landscape level and honeybee decline.

Incidentally, while Europe enacted a continent-wide two-year ban on neonics in 2013, last month the UK lifted the use of two neonicotinoid pesticides, which can be used for 120 days on about 5 percent of England’s oilseed rape crop, The BBC reported.