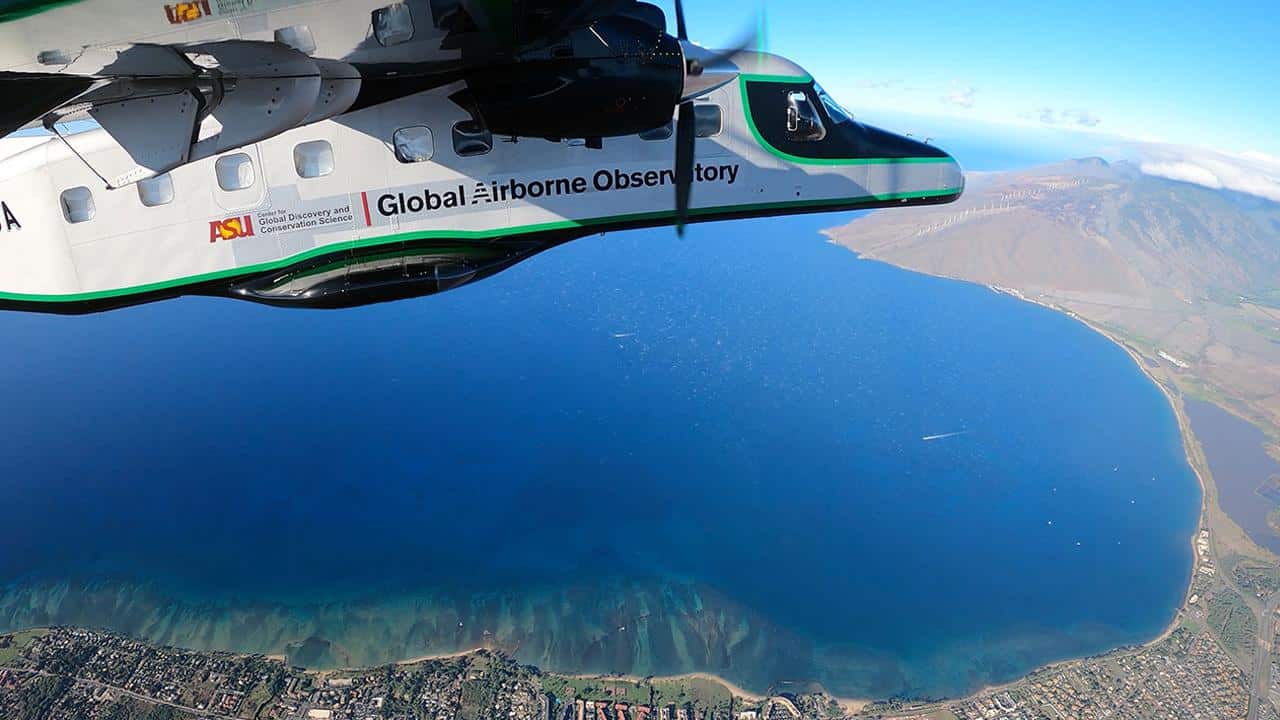 A team of scientists has created the first-ever aerial map of the coral reefs surrounding the main Hawaiian Islands, in a breakthrough researchers hope will assist reef conservation in the islands and beyond.

The map, written up in a Proceedings of the National Academy of Sciences article Monday, was able to show the geographic distribution of live coral around the island chain at 16 meters (approximately 52 feet) of depth and also pinpoint where the corals were more or less impacted by human activity.

“Never before has there been such a detailed and synoptic view of live corals at this scale,” study co-author Jamison Gove of the National Oceanic and Atmospheric Administration told ASU Now.

The research was led by the Arizona State University’s (ASU) Center for Global Discovery and Conservation Science (GDCS). The scientists sought to resolve several challenges with mapping coral reefs as they face unprecedented challenges.

Because of ocean acidification and coral bleaching caused by the climate crisis, as well as problems like runoff from coastal development, 75 percent of the world’s coral reefs could face critical threats by 2050. But, in order to protect these reefs, it is important to know where they are. On-the-ground mapping is inherently limited in scope, while satellite images do not provide enough detail.

This is the problem GDCS researchers sought to solve with their Global Airborne Observatory. This is an airborne lab that combines two processes to create detailed maps, Courthouse News Service explained. These techniques are laser-guided imaging spectroscopy, which is often used to map complicated landscapes like forests, and artificial intelligence.

Hawaii’s reefs, like reefs worldwide, face major challenges. Marine heatwaves in 2015 and 2019 caused bleaching events, while coastal development and fishing have also harmed reefs through factors like pollution and sedimentation. The mapping found that on Oahu, for example, only 12 percent of the island’s reefs still had live coral. There was likely three times as much living coral surrounding the island 200 years ago, Asner told Honolulu Civil Beat.

The study found that around 60 percent of the presence or absence of living coral could be explained water depth, wave power or coastal development. Overall, the biggest human impacts on Hawaii’s coral were nearshore development, water quality, sea surface temperature and non-commercial fishing, in that order, Asner tweeted.

But the mapping also turned up places, known as refugia, where coral proved to be resilient to human impacts, ASU Now reported. Asner told Honolulu Civil Beat that the map could be used to help policymakers determine which reefs, like the refugia, to protect; which areas would be ideal for restoration; and which were so degraded that perhaps it is not worth the effort to restore them given limited resources.

“Operational mapping of live coral cover within and across Hawaii’s reef ecosystems affords opportunities for managers and policymakers to better address reef protection, resilience and restoration,” study coauthor and head of Hawaii’s Division of Aquatic Resources Brian Neilson told ASU Now. “With these new maps, we have a better shot at protecting what we have while focusing on where to improve conditions for corals and the myriad of species that depend upon corals.”