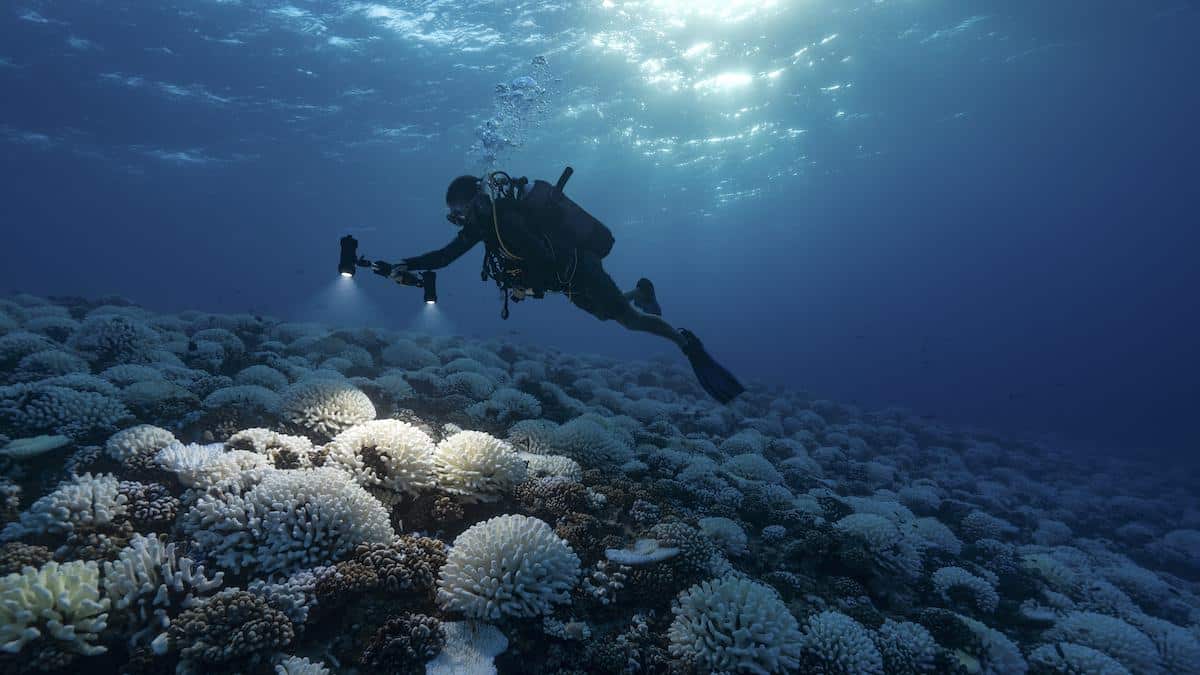 Coral reef ecosystems are threatened, researchers have warned. Warming oceans, pollution and overfishing are a few reasons why.

But scientists at the University of Hawaii and Michigan State University are looking for answers beyond just “why.” They are seeking solutions that could help coral reefs endure these threats now and into the future.

Between 2014 to 2017, a global ocean heatwave bleached coral reefs around the world. During this period, about 75 percent of the planet’s tropical coral reefs experienced this bleaching, BBC reported. Places like Kaneohe Bay in Hawaii were also hit especially hard, bleaching nearly half of its corals, Michigan State University reported.

“It was kind of horrifying,” Crawford Drury, a coral biologist who researches at the UH Manoa’s Hawaii Institute for Marine Biology, or HIMB, according to MSU. “It’s disheartening to watch, but I try to think of it as an opportunity,” Drury added.

But, among the damaged corals in Kaneohe Bay, following the heatwave, some still bore their “healthy golden hue,” according to MSU.

Looking to answer why some corals were vulnerable to a warmer ocean while others were not, the team of scientists analyzed the biochemicals of corals. Their findings, published Monday in the journal Nature Ecology & Evolution, could help inform future coral reef restoration.

The scientists found that two different communities of algae lived within the corals. Inside the algae cells were compounds known as lipids. Corals with saturated lipids resisted bleaching, while corals with unsaturated lipids were more vulnerable, MSU reported.

“This is not unlike the difference between oil and margarine, the latter having more saturated fat, making it solid at room temperature,” Robert Quinn, an assistant professor in the department of biochemistry and molecular biology, told MSU.

Coral reefs are important for more than just marine life and ocean biodiversity. According to NOAA’s Office for Coastal Management, 500 million people worldwide depend on reefs for food and livelihoods. Reefs also protect against flood damage, saving communities nearly million each year.

“Coral reefs are biodiversity reservoirs and significant sources of food, income, and pharmaceuticals. We have a small window of opportunity remaining to apply science to rescue the world’s degrading reefs,” Karine Kleinhaus, a professor in the School of Marine and Atmospheric Sciences at Stony Brook University, told BBC in April.

In one rare and unique case, coral reefs in the Gulf of Aqaba in the Red Sea have resisted bleaching, despite warmer ocean temperatures, BBC reported.

“Unless we uncover what exactly happens biologically in the corals of the Gulf of Aqaba that allows them to withstand warming temperatures, we don’t know how or if this knowledge can be applied elsewhere,” Kleinhaus added.

“This work provides insight into the biochemical mechanisms of coral bleaching and presents a valuable new tool for resilience-based reef restoration,” the authors of the study wrote.