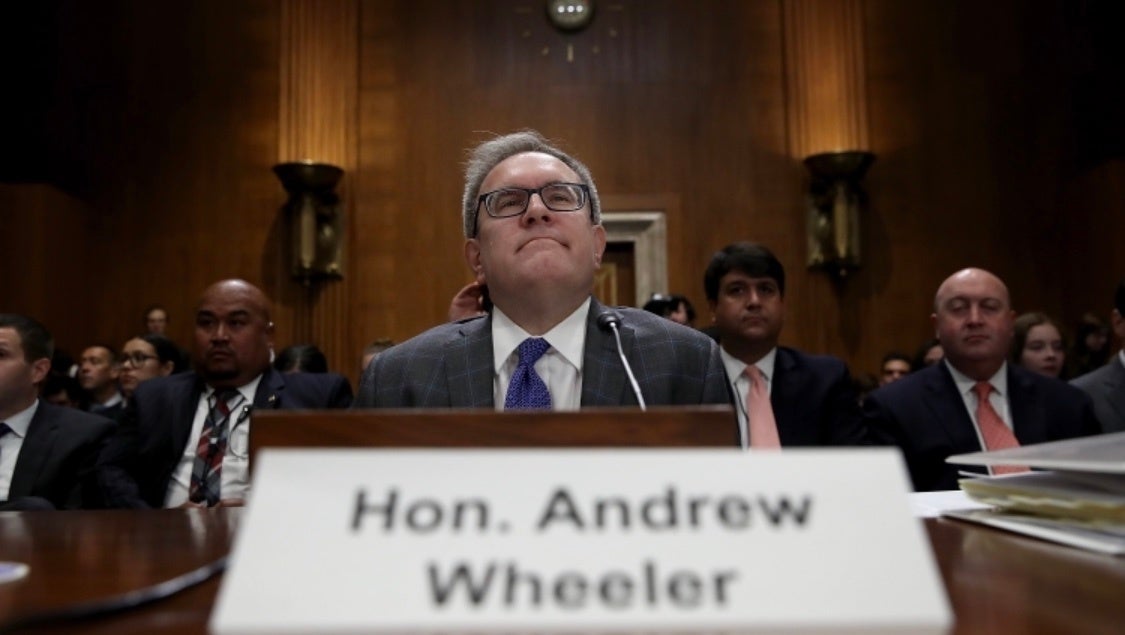 In an in-depth interview with Reuters Thursday, Environmental Protection Agency (EPA) head Andrew Wheeler repeated claims that climate change is not the biggest environmental threat facing the world and shed some light on the agency’s plans to help the Trump administration boost fossil fuel development.

Wheeler singled out Washington State, which has blocked coal terminals in recent years.

“I don’t think section 401 was originally intended for states to make international environmental policy, I’m not just talking about U.S. policy. They’re trying to dictate to the world how much coal is used,” he said.

He also questioned the judgement of New York, which has used section 401 to stop a natural gas pipeline to New England.

“If the states that are blocking the pipelines were truly concerned about the environment they would look to where the natural gas would be coming from, and they are forcing the New England states to use Russian-produced natural gas which is not as clean as U.S. natural gas. I think it’s very short-sighted,” he said.

Wheeler did not give an exact time table for when the proposals would be ready.

In a recent interview, EPA Administrator Andrew Wheeler said that access to clean drinking water across the globe is “the biggest environmental threat.”

However, these empty words represent the extent of Wheeler’s effort to support clean water.https://t.co/YrmsDYDARR

Wheeler addressed some of these issues in the interview. When asked about the relationship between climate and water, Wheeler acknowledged there was a connection, but said that many water issues pre-dated climate.

“We’ve had problems on water infrastructure, on waste in the oceans, and in drinking water for a hundred years,” he said.

He also said he was surprised by the backlash to the action plan on PFAS that his agency did release in early 2019, which was criticized in part for delaying a new safety standard for the chemicals until it drafted a regulation by the end of 2019. Wheeler said the action plan began that process.

“That was a career staff document and remains the most comprehensive action plan this agency has ever developed for an emerging chemical concern,” he said.