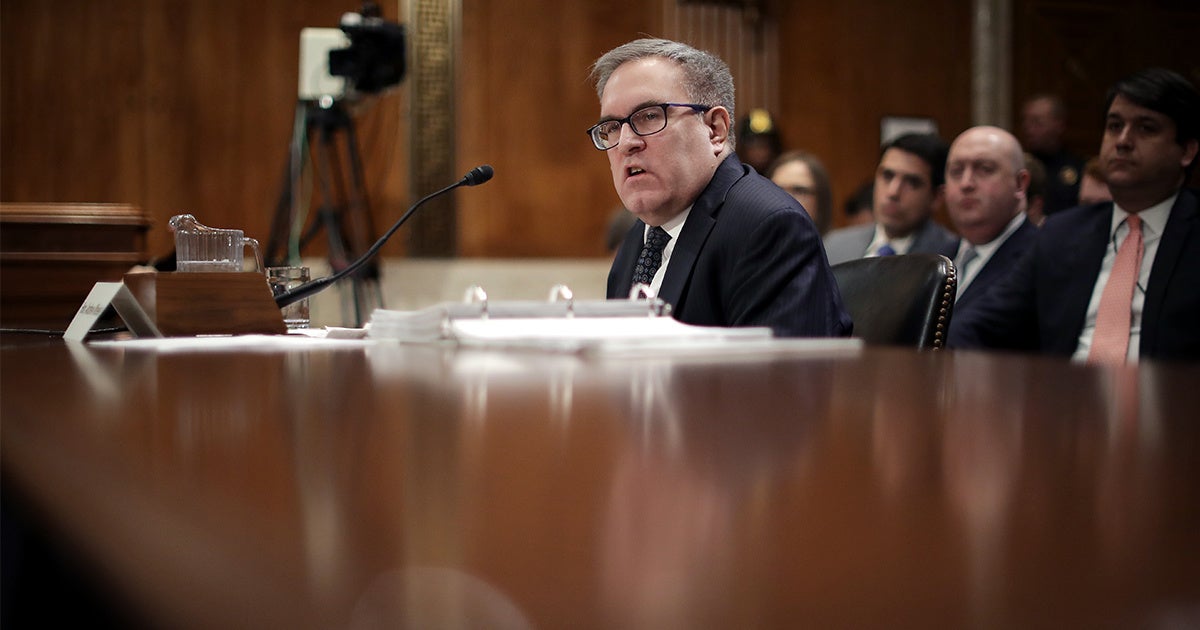 Acting U.S. Environmental Protection Agency (EPA) Administrator and former coal lobbyist Andrew Wheeler downplayed the threat of climate change and defended his deregulatory record at the first Senate confirmation hearing on his nomination to officially run the agency Wednesday. It was a hearing that some activists and Democrats did not even think should take place, given that business as usual at the EPA has been hampered by the ongoing government shutdown.

“I do not believe that giving the acting administrator a speedy promotion is more urgent and more important than protecting the public from contamination to our air and water and lands,” Delaware Senator Thomas R. Carper, the leading Democrat on the Environment and Public Works Committee, said, as The Washington Post reported.

Demonstrators also interrupted the hearing when Wheeler began speaking, with one shouting, “Shut down Wheeler, not the EPA!”

Independent Vermont Senator Bernie Sanders pressed Wheeler on the urgency of climate action. Referencing the most recent Intergovernmental Panel on Climate Change (IPCC) report that says humans have 12 years to transition away from fossil fuels in order to stave off dangerous climate change, Sanders asked Wheeler if he agreed with the scientific consensus that climate change is “one of the great crises facing our planet.”

“I would not call it the greatest crisis, no sir,” Wheeler answered. “I consider it a huge issue that has to be addressed globally.”

You can watch the full exchange here:

Wheeler also confused the IPCC report and Volume II of the Fourth National Climate Assessment, released by the U.S. government Thanksgiving weekend, The Huffington Post reported. Senators criticized Wheeler for not having yet reviewed the latter.

“That’s unacceptable,” Democratic Massachusetts Senator Ed Markey said, as NPR reported. “We’re having a hearing on your worthiness for this job and you very conveniently haven’t had enough time yet to review whether or not there’s an extra level of urgency to this problem.”

Wheeler also cited misleading numbers about his replacement for the Obama-era Clean Power Plan, as The Huffington Post explained:

When pressed about the need to cut emissions, Wheeler returned to a certain statistic over and over again, stating that the Affordable Clean Energy rule he proposed in August would deliver carbon dioxide reductions 34 percent below 2005 levels, compared to the 33 to 35 percent the Obama administration’s Clean Power Plan would have provided.

Senate Democrats also questioned Wheeler on other issues, including his rollback of mercury emissions standards from coal-fired plants and the fact that the agency has not yet released a plan for combating the frequency of cancer-linked PFAS in drinking water.

“Through our deregulatory actions, the Trump administration has proven that burdensome federal regulations are not necessary to drive environmental progress,” Wheeler said, according to The Washington Post. “Certainty, and the innovation that thrives in a climate of certainty, are key to progress.”

“Under acting administrator Wheeler’s leadership, the agency has taken a number of significant actions to protect our nation’s environment while also supporting economic growth,” Barrasso said.

Environmental groups, on the other hand, are united in opposing Wheeler’s nomination.

“Andrew Wheeler today showed that he is nothing more than Scott Pruitt with a new coat of lead paint,” Sierra Club Executive Director Michael Brune said in a press release. “Like Pruitt, he took every opportunity today to distort the truth to Senators about his record of trying to dismantle every clean air, clean water and climate safeguard he could get his hands on.”

Despite opposition, Wheeler is likely to be confirmed, The Washington Post reported.