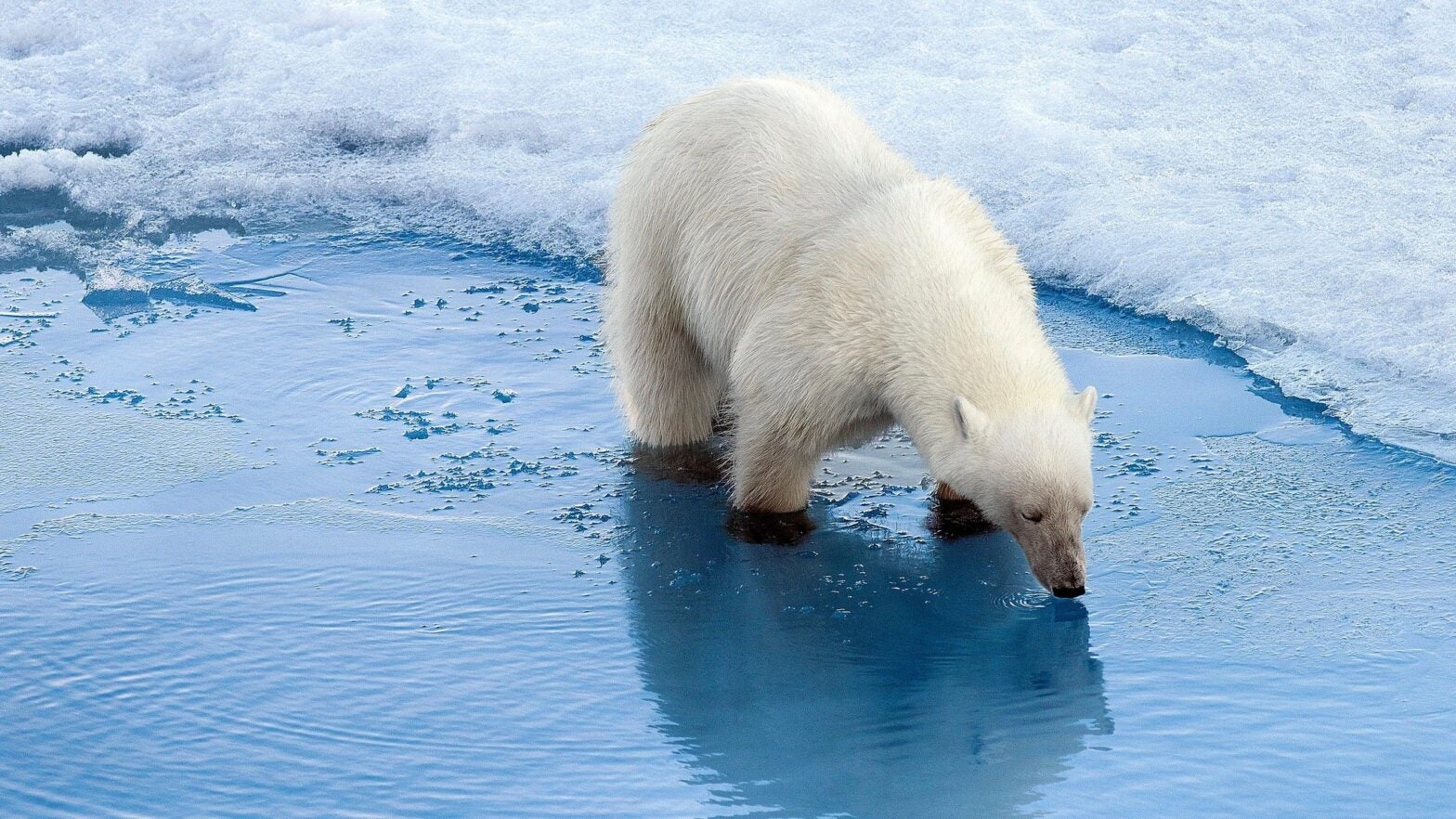 A polar bear is seen stopping to drink near the north pole. Christopher Michel / Flickr / CC BY 2.0

The fossil fuel industry is driving polar bears to cannibalism.

Scientists at the Russian Academy of Sciences said Wednesday that there were increasing reports of bears attacking other bears for food, The Moscow Times reported.

“Cases of cannibalism among polar bears are a long-established fact, but we’re worried that such cases used to be found rarely while now they are recorded quite often,” polar bear expert at Moscow’s Severtsov Institute of Problems of Ecology and Evolution Ilya Mordvintsev told the Interfax news agency, as AFP reported.

Mordvintsev, who presented his findings in Saint Petersburg, attributed the increase in cannibalism to lack of other food options.

“In some seasons there is not enough food and large males attack females with cubs,” he said.

Fossil fuel extraction is attacking the polar bears’ habitat and traditional food sources on two fronts. On the one hand, the climate crisis is heating Russia 2.5 times faster than the rest of the world, according to The Moscow Times. Sea ice extent in the Russian Arctic by the end of summer has decreased by 40 percent, fellow scientist Vladimir Sokolov said, according to AFP.

On the other hand, oil and gas development in the Yamal Peninsula and the Gulf of Ob is directly disturbing the polar bears’ habitat, Mordvintsev said, according to The Moscow Times. Their hunting grounds along the gulf have become a shipping channel for liquefied natural gas, AFP reported.

“The Gulf of Ob was always a hunting ground for the polar bear. Now it has broken ice all year round,” Mordvintsev said, according to AFP.

However, the increased human presence in the region also means the uptick in reported bear cannibalism could be partly attributed to the fact that there are now more people around to witness it.

“Now we get information not only from scientists but also from the growing number of oil workers and [defense] ministry employees,” Mordvintsev said.

But the uptick in reported cannibalism is far from the only signal that polar bears are suffering because of human activity. A study published this month found that polar bears in Canada and Greenland were losing weight and having fewer babies because of reduced sea ice.

This loss of habitat is also pushing bears into human villages. In 2019, Russian authorities had to declare a state of emergency when more than 50 polar bears wandered into a settlement on Russia’s Novaya Zemlya islands.