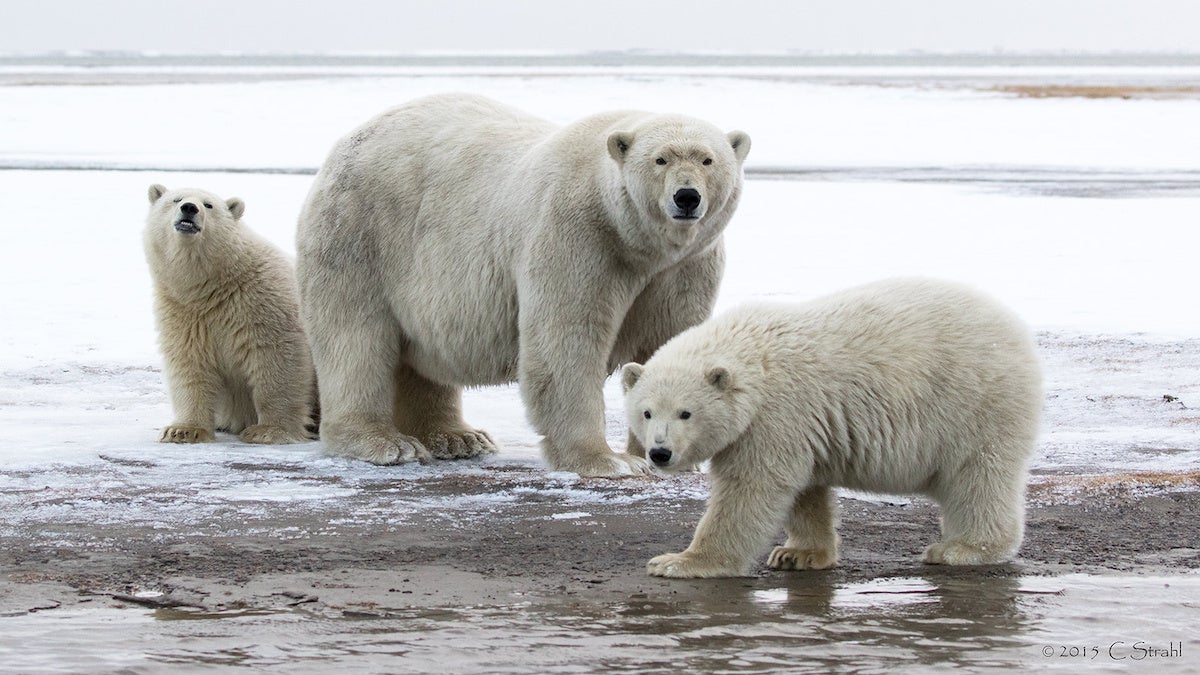 Polar bears on Barter Island on the north slope of Alaska wait for the winter sea ice to arrive so they can leave to hunt seals, on Sept. 28, 2015. cheryl strahl / Flickr

The climate crisis wreaks havoc on animals and plants that have trouble adapting to global heating and extreme weather. Some of the most obvious examples are at the far reaches of the planet, as bees disappear from Canada, penguin populations plummet in the Antarctic, and now polar bears in the Arctic are struggling from sea ice loss, according to a new study, as CNN reported.

Polar bears rely on sea ice for every aspect of their survival. They use sea ice to hunt seals, travel, build dens and mate. As ice begins to melt earlier in the year, the polar bears have less time for eating and having babies, as CNN reported.

“Climate-induced changes in the Arctic are clearly affecting polar bears,” said lead author Kristin Laidre, an associate professor of aquatic and fishery sciences at the University of Washington, in a statement. “They are an icon of climate change, but they’re also an early indicator of climate change because they are so dependent on sea ice.”

The intentional research team looked at satellite tracking and visual monitoring of polar bears in the 1990s and compared them with more recent years. The team focused on the area around Baffin Bay, a large expanse of water between northeastern Canada and Greenland.

Laidre and her team tracked female polar bears and gauged their litter size and general health in two different periods — the 1990s and from 2009 to 2015, according to a press release from the University of Washington.

The satellite tracking tags showed the researchers that the polar bears averaged 30 more days on land in the period from 2009 to 2015 than they did in the 1990s. In the 90s, the bears averaged 60 days on land. More recently, it has been 90 days, as Oceanographic Magazine reported.

“When the bears are on land, they don’t hunt seals and instead rely on fat stores,” said Laidre, as the Global News in Canada reported. “They have the ability to fast for extended periods, but over time they get thinner.”

The more time the bears spend on land, the thinner they get, the researchers found. Out of the 352 bears studied in the more recent period, not even 50 were considered fat, as the Global News reported. That’s less than 15 percent. The bears need to be fat by the end of summer to make it through the winter.

The nutritionally stressed polar bears are venturing further into residential areas than ever before and more frequently, which can lead to conflict between people and the vulnerable bears, as CNN reported.

In December, a polar bear warning was issued in Newfoundland after a bear was spotted there. These types of sightings have become more frequent since 2013, according to the Global News.

“This work just adds to the growing body of evidence that loss of sea ice has serious, long-term conservation concerns for this species,” Laidre said in a statement. “Only human action on climate change can do anything to turn this around.”