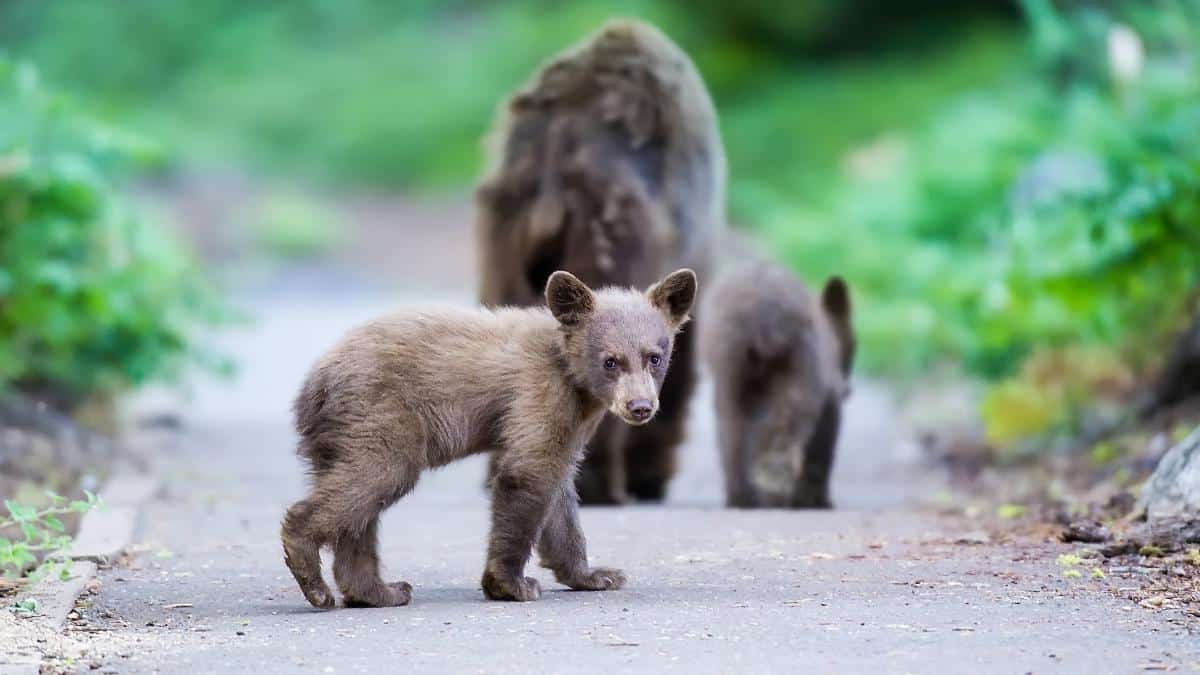 Several black bears appearing “friendly to the public” have been reported across the Sierra Nevada region recently, concerning biologists that a mysterious disease is causing the bears to no longer fear humans and potentially suffer an early death, the California Department of Fish and Wildlife (CDFW) wrote in a statement.

Over the past 12 months, veterinarians have captured several bears for similar behaviors, and all of them had encephalitis, inflammation in their brains, The Sacramento Bee reported. Scientists also discovered five new viruses in some of the bears with symptoms, but have yet to determine if they are linked to the swelling.

Normally, black bears are timid around humans, showing no interest in interacting. But in February, the CDFW received calls regarding a small black bear in Pollock Pines, El Dorado County that had appeared at a utility worksite.

The bear showed little concern over attempts to be shooed away and at one point jumped in the back of a car trunk, the CDFW reported. When a wildlife biologist began to investigate in the region, they found one small bear to be “dog-like” in its behavior, seeming not “quite right, walking oddly, dull and not responsive like a normal bear should be.”

At the agency’s Wildlife Investigations Laboratory, biologists found that the Pollock Pines bear weighed only 21 pounds, nearly 60 pounds under that of a healthy bear of the same age, NBC News reported. After a week of testing, it was euthanized, making it the third bear to show up in the laboratory in just 12 months and suffer from encephalitis.

So far, bears with similar symptoms have been found on the Nevada side of Lake Tahoe and recently in Humboldt County in northern California. And while scientists say the bear’s conditions are from encephalitis, which can come from viruses, bacteria, fungi or parasites, they have yet to pinpoint the root cause for the brain swelling, NBC News reported.

“Any time a wild animal comes into our care, the best-possible outcome is a release back to the wild,” explained CDFW wildlife veterinarian Brandon Munk, in a statement. “That’s just not possible for these neurologically impaired bears. At this point, we don’t know what causes the encephalitis so we don’t know what, if any, health risks these bears might pose to other animals.”

Between 30,000 and 40,000 black bears still remain and so far the mysterious disease hasn’t caused a significant decline in black bear populations, AP News reported. But in the Tahoe region, where a high density of black bears live, some biologists worry if the reports in the region are simply due to the fact that higher populations of people may come across the sickly bears.

“What wildlife managers think about a lot is, when you’re in an area where animals are very charismatic, as well as having a high human population that’s invested in that population, the symptoms are more likely to be seen,” Jamie Sherman, a veterinarian at UC Davis’ One Health Institute who has studied bear diseases, told The Sacramento Bee. Symptomatic bears in less populated regions, however, may be going unnoticed, biologists warn.

While scientists say viruses found in the bears can not threaten human health, increasing interaction between humans and bears with “neurological abnormalities” could lead to more contact. The CDFW, for example, pointed to a 2019 viral video where a black bear approached a snowboarder without fear, sniffing his leg curiously.

Today the bear, named Benji, lives at the San Diego Humane Society’s Ramona Campus and has never fully recovered from encephalitis, requiring costly treatment to stay alive in captivity. In 2014, the CDFW treated another sickly young bear and placed it at the Orange County Zoo, according to state officials.

“These bears serve as something of a cautionary tale as neither fully recovered and both have required significant veterinary care, resources and treatment over time – expenses that are difficult for many wildlife facilities to absorb and limit the placement options for similarly afflicted bears in the future,” the CDFW wrote in a statement.