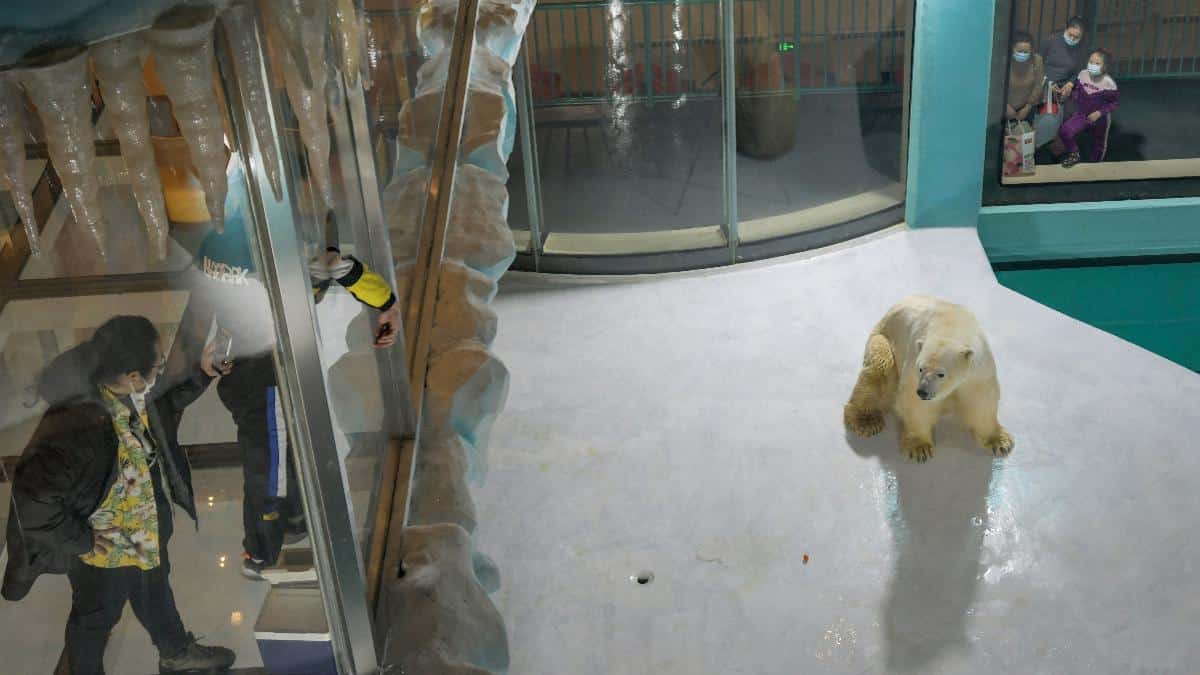 A new hotel is sparking controversy with its central conceit: a polar bear enclosure visible from all of its 21 rooms.

The Polar Bear Hotel opened Friday in the city of Harbin, China, as Reuters reported. It is fully booked through a trial period, but has been widely criticized by animal welfare advocates.

“Polar bears belong in the Arctic, not in zoos or glass boxes in aquariums – and certainly not in hotels,” People for the Ethical Treatment of Animals (PETA) Asia senior vice president Jason Baker told Reuters. “Polar bears are active for up to 18 hours a day in nature, roaming home ranges that can span thousands of miles, where they enjoy a real life.”

A video shared by the South China Morning Post shows two bears in a small enclosure with harsh lighting, artificial ice and small pools of water.

The hotel is part of the Harbin Polarland theme park, according to Reuters. Harbin is the capital city of the northeasternmost Chinese province of Heilongjiang. It hosts a famous ice-carving festival, and the new hotel is shaped like an igloo, according to an AFP story published by The Guardian.

Harbin Polarland spokeswoman Yang Liu told Reuters that the indoor enclosure is only part of the bears’ habitat, and that they also have an outdoor area they are allowed to access when the temperature and air quality are appropriate. However, the hotel advertises 24-hour viewing access to the bears.

However, activists are calling on guests to avoid a hotel that makes money “from animals‘ misery,” AFP reported.

China has faced global criticism for animal rights’ abuses, including the use of endangered species in traditional medicines and the treatment of animals in zoos and circuses.

However, there are signs that things are shifting. Authorities banned the use of wildlife for food following the outbreak of the coronavirus pandemic. Further, in January of 2020, a video showing a pig being forced to bungee jump at a Chinese amusement park earned widespread social media backlash within the country, as EcoWatch reported at the time.

“Looking at a polar bear slowly having a mental breakdown up close? Such a small place, with so much lighting and so many windows. You should first try putting humans in,” one commenter wrote, as South China Morning Post reported.