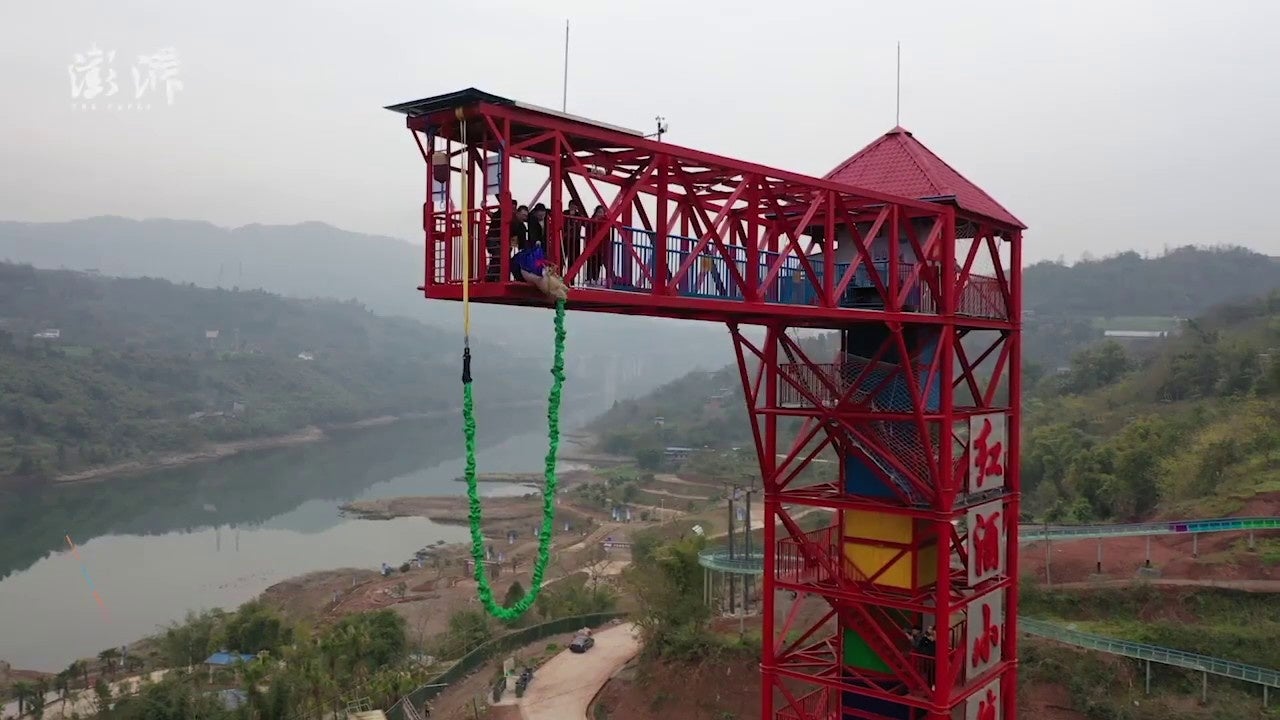 Warning: The video above may be upsetting to viewers.

An amusement park in China came under fire on social media this weekend for forcing a pig off a 230 foot-high bungee tower.

The footage of the incident, which took place Saturday, went viral on Weibo, the leading Chinese social media platform, as The Independent reported. Users widely condemned the incident and accused the park of “torture.”

“This is animal cruelty, no doubt about it,” one commenter wrote. “I recommend we tie the organiser up to do the bungee jump instead.”

The video showed the pig being carried up the bungee tower with its legs bound and tied to a poll, The New York Times reported. The paper described what happened next:

The animal could be heard squealing as it was dragged toward the tower’s edge, attached to a bungee cable with a cape draped over its body. Pushed off the edge, it helplessly tumbled and bounced in midair as the cord sprang back. The animal’s distressed screeches continued as it dangled, suspended in the air.

The incident comes as awareness of animal welfare issues is on the rise in China, which as yet has no laws on the books against animal cruelty, BBC News reported. But the public reaction shows there is potential for this to change, according to Jason Baker, senior vice-president of international campaigns with People for the Ethical Treatment of Animals (PETA).

“Pigs experience pain and fear in the same ways that we do, and this disgusting PR stunt should be illegal,” Baker told BBC News. “The Chinese public’s angry response should be a wake-up call to China’s policy-makers to implement animal protection laws immediately.”

The Meixin Red Wine Town theme park in the southwestern municipality of Chongqing had organized the stunt to promote the opening of its bungee attraction, but the backlash prompted it to issue an apology.

“We sincerely accept netizens’ criticism and advice and apologise to the public,” it said in a statement reported by BBC News. “We will improve [our] marketing of the tourist site, to provide tourists with better services.”

The park’s owner also said the stunt was intended to help celebrate the Lunar New Year Jan. 25, after which the Year of the Pig will end and Year of the Rat will begin, The Independent reported. One commenter rejected this logic, however.

“You can’t torture pigs just because the Year of the Pig has passed,” they said.

Park officials said the pig was “all right” after the incident, but it was later taken to a slaughterhouse, a Chinese publication said, as The New York Times reported.