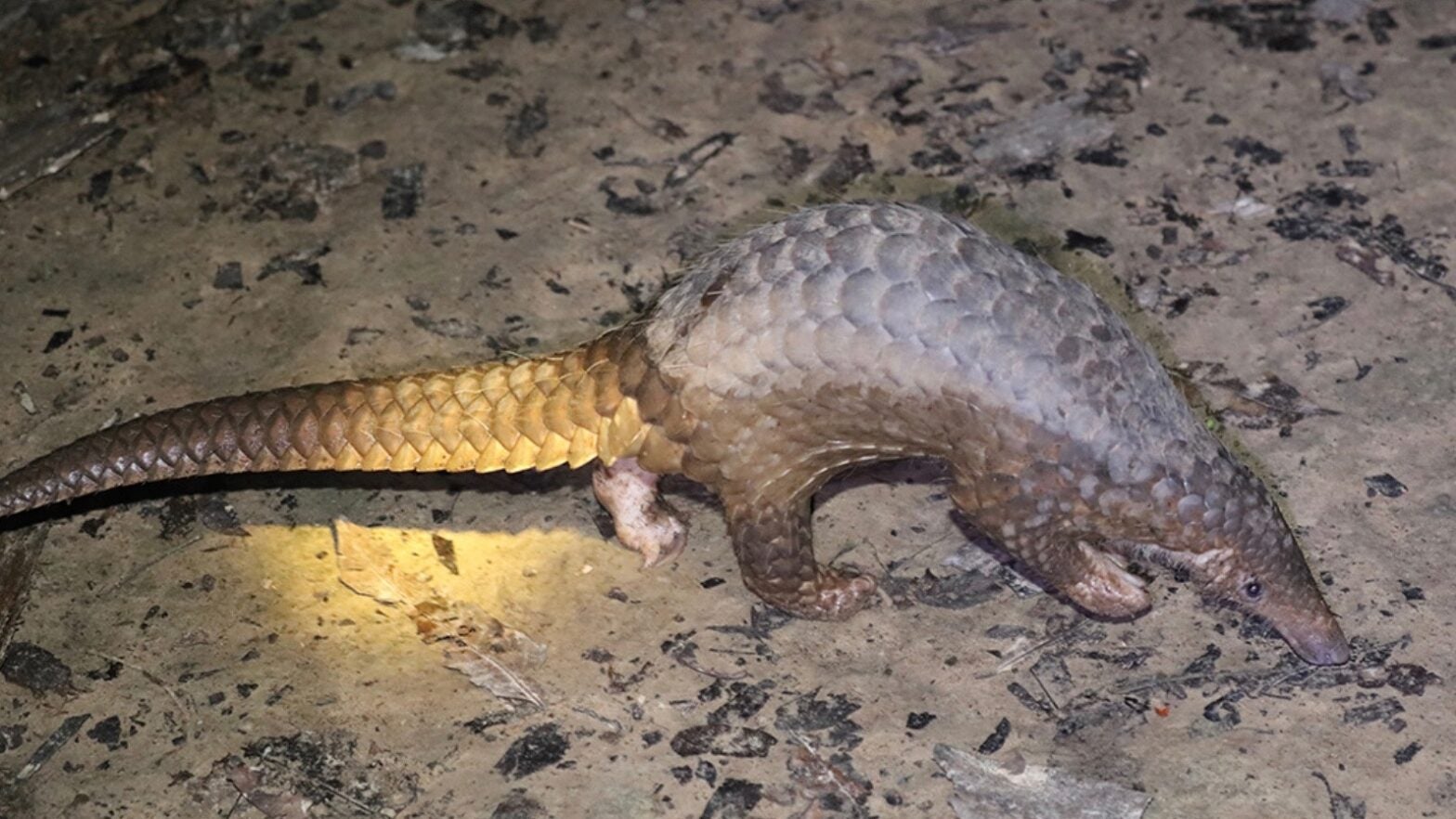 A pangolin at a rescue center in Cambodia. Rhett A. Butler / Mongabay

China has banned the trade and consumption of wild animals in the wake of the coronavirus outbreak that has claimed more than 2,700 lives and infected more than 81,000 people, most of them in China, according to the state-run Xinhua News Agency.

A temporary ban on trade in wildlife announced in January was expected to continue until the epidemic was brought under control. However, with the spread of the disease caused by the virus, known as COVID-19, showing no signs of abating, a more comprehensive ban was passed on Feb. 24 by the Standing Committee of the National People’s Congress (NPC), which exercises legislative power in the country.

Some see it as a step toward a permanent ban that would have to be enshrined in the wildlife laws of the country. If passed, it would be a big boost in the global fight against the illegal trade, since China is a major destination for trafficked animals. “If China is able to shut down the illegal animal trade, it will make the world a bit safer from viruses like SARS-CoV, and have a huge impact on wildlife conservation efforts,” Benjamin Neuman, a virologist at Texas A&M University-Texarkana, told Mongabay in an email. “It’s a thing that needs to happen, and if COVID-19 is the reason, so be it.”

Though the trade in endangered species is banned under CITES, weak enforcement and substantial demand for animal meat and for animal products used in traditional medicines have hindered efforts to control this trade in China. Xinhua cited “the prominent problem of excessive consumption of wild animals, and the huge hidden dangers to public health and safety” as justification for the ban.

Researchers say they suspect the epicenter of the epidemic was a wet market in Wuhan, where wild animals and bushmeat was being sold. The novel coronavirus most likely originated in bats and made the jump to humans. The ban on wildlife trade and consumption is an attempt to limit the exposure of people to wild animals that could carry viruses that humans haven’t encountered before and can’t effectively defend against.

The suggestion that the new virus passed through an intermediary host like pangolins before infecting humans has brought attention to the illegal trade in wild animals. Pangolins, shy nocturnal animals found in Asia and Africa, are considered the most trafficked mammals in the world. Though trade in pangolins and pangolin products is banned in China and under the CITES treaty, there exists a massive demand for pangolin meat and scales for use in traditional medicine.

China’s wildlife laws promulgated in 1989 regulate this trade, but it does not impose a total ban on consumption of meat from wild animals and allows captive breeding for commercial purposes.

The new ban was not introduced through an amendment to the country’s wildlife laws, because the legislative session has been postponed in light of the coronavirus crisis. The ban, which takes immediate effect, covers not just wild-caught species recognized nationally and internationally as threatened species, but also the hunting, trading and transport of all terrestrial wild animals for human consumption. It also applies to wild animals born and raised in breeding facilities.

Beijing had already imposed a temporary embargo on sales of wild animals in January. The three state agencies that issued that restriction — the State Administration of Market Regulation, the Ministry of Agricultural and Rural Affairs, and the National Forestry and Grassland Administration — had warned against the consumption of wild animal meat, but hadn’t gone so far as to ban it.

During the Severe Acute Respiratory Syndrome (SARS) outbreak in 2002-2003, a limited ban was similarly imposed by China, but was later lifted. “The embargo on wild animal trade is a reasonable decision for disease control,” said Chengxin Zhang, a researcher at the University of Michigan, Ann Arbor. “The Chinese embargo of trading and consumption of civet, the most notable intermediate host of SARS coronavirus, is thought to partially contribute to the disease control and eventual containment of SARS.”

Preliminary research done by Zhang and his colleagues, not yet peer-reviewed or published, supports claims that pangolins are a highly likely host, alongside bats, of the new coronavirus and others similar to it. “The involvement of bats, civets, and pangolins in the SARS and COVID-19 outbreak suggests that a permanent ban on wild animal trades by ‘wet’ markets should effectively minimize future risk of zoonotic disease spillovers,” he said.

There is a growing call for China to keep the ban in place permanently and amend its wildlife laws accordingly. Conservationists say they hope a permanent ban and messaging around the dangers of wildlife consumption could dampen the demand for contraband wildlife products. Some surveys suggest that people are now more inclined to support such a ban. “There has been a growing concern among people over the consumption of wild animals and the hidden dangers it brings to public health security since the novel coronavirus disease (COVID-19) outbreak,” Zhang Tiewei, a spokesman for the Chinese legislature’s Legislative Affairs Commission, told Reuters.

Others fear that such a ban would push the trade underground and make it even harder to track the emergence of new diseases. According to the World Health Organization, almost three-quarters of all epidemics in recent decades have spilled over from animals. There are also concerns that such a ban will face stiff resistance from stakeholders in the multibillion-dollar wildlife trade industry in China, which employs millions of people.

The new ban also calls for better enforcement of existing laws, a long-standing demand from wildlife activists. The group of experts that advised the NPC Standing Committee on possible revisions to the wildlife laws also presented recommendations for finding substitutes for animal products that are used in traditional Chinese medicine, according to Hong Kong’s South China Morning Post.

“The aspects of traditional medicine that use ground-up animal parts are entirely based on superstition rather than science, and as the latest outbreak shows, are rather dangerous nonsense,” Neuman said. “But tradition is a powerful thing, in China as everywhere else. If the Chinese government is willing to take strong measures to enforce the new rules, they may actually succeed.”

Malavika Vyawahare is a staff writer for Mongabay. Find her on Twitter: @MalavikaVy