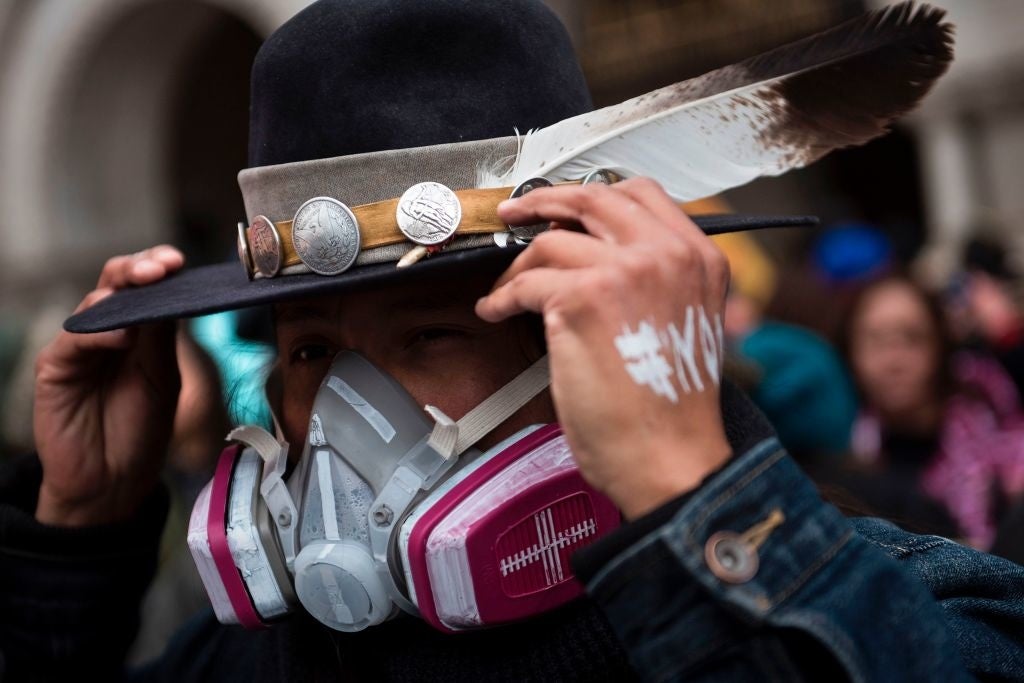 “Keystone XL has undergone years of extensive environmental review by federal and state regulators,” TransCanada spokesman Matthew John told
Omaha World-Herald. “All of these evaluations show that Keystone XL can be built safely and with minimal impact to the environment.”

The move comes after President Trump‘s State Department—in response to a judge’s order—released a nearly 340-page draft review on Friday that said the pipeline‘s alternative route approved by Nebraska regulators in November will have “no significant direct, indirect or cumulative effects on the quality of the natural or human environments.”

“Prompt cleanup response would likely be capable of remediating the contaminated soils before the hazardous release reaches groundwater depth,” the report also said.

The KXL has been at the center of a contentious fight for a decade. If built, the $8 billion, 1,184-mile pipeline will transport heavy crude oil from Alberta’s tar sands through Montana and North and South Dakota to connect with an existing Keystone pipeline in Nebraska.

President Obama rejected the KXL in 2015 partly due to concerns about its contribution to climate change, but President Trump reversed the decision shortly after taking office.

Indigenous groups worry that its path would cross drinking water sources and treaty territories.
Earlier this month, the Fort Belknap Indian Community of Montana and the Rosebud Sioux Tribe of South Dakota asked a Montana judge to rescind the permit granted by the Trump administration, saying it did not assess how the pipeline would impact their water and sacred lands.

“The Trump administration sees no problem with building Keystone XL—in other news, the grass is still green and the sky is still blue,”
Sierra Club Beyond Dirty Fuels campaign director Kelly Martin said in a press release.

Keystone XL is a threat to our land, water, wildlife, communities, and climate. We’ve held off construction of this pipeline for 10 years, and regardless of this administration’s attempts to force this dirty tar sands pipeline on the American people, that fight will continue until Keystone XL is stopped once and for all.

The ACLU obtained a
report showing that state and federal agencies may be spying on potential protesters and characterizes pipeline opponents as “extremists” intent on “criminal disruptions and violent incidents” and warned of potential “terrorism.”