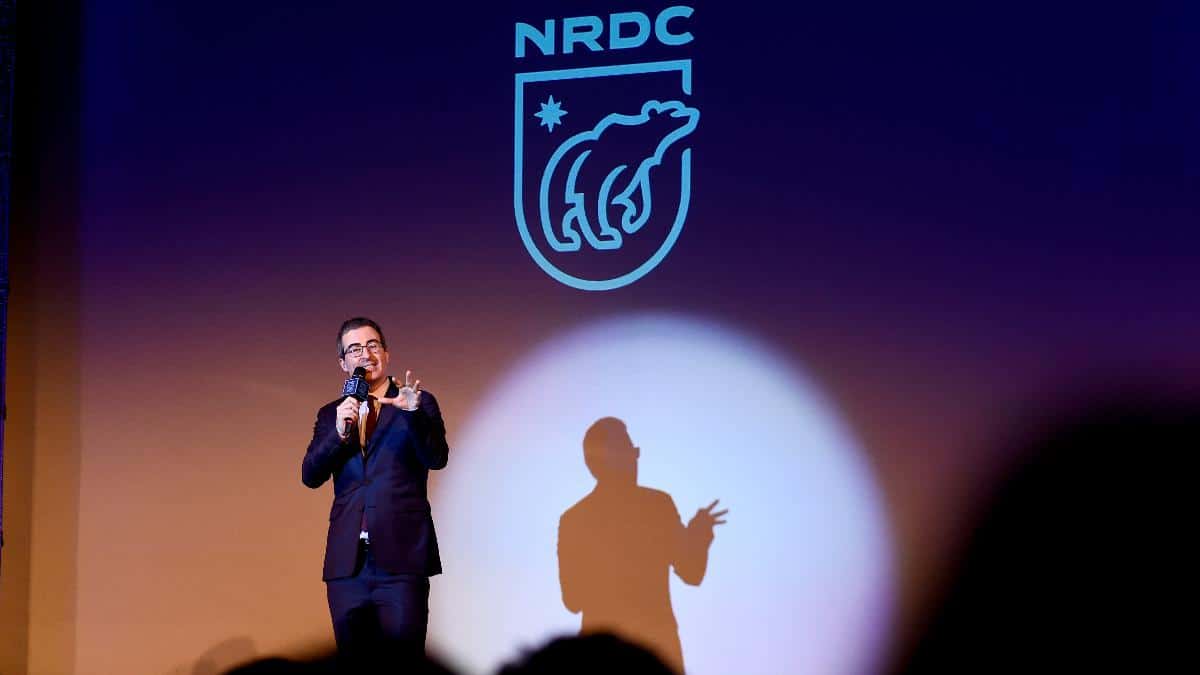 In his latest deep dive for Last Week Tonight, comedian John Oliver took on plastic pollution and, specifically, the myth that if we all just recycled enough, the problem would go away.

Instead, Oliver argued, this is a narrative that has been intentionally pushed by the plastics industry for decades. He cited the ionic 1970 Keep America Beautiful ad, which showed a Native American man (really an Italian American actor) crying as a hand tossed litter from a car window. Keep America Beautiful, Oliver pointed out, was partly funded by plastics-industry trade group SPI.

“Which might seem odd until you realize that the underlying message there is, ‘It’s up to you, the consumer, to stop pollution,'” Oliver said. “And that has been a major through line in the recycling movement, a movement often bankrolled by companies that wanted to drill home the message that it is your responsibility to deal with the environmental impact of their products.”

Oliver pointed out several problems with contemporary recycling programs. He cited the U.S. Environmental Protection Agency (EPA) statistic that only 8.7 percent of the plastics produced in the U.S. are actually recycled, and investigated why this is.

For one thing, most municipalities do not actually have the capacity to recycle most of the numbers inside the “chasing arrows” symbols on the back of plastic packaging. Numbers 1 and 2, representing PETE and HDPE, are more commonly recycled, but that leaves numbers 3 through 7, which include things like plastic bags and cups. We have the capacity to recycle less than five percent of these, Oliver said.

“Out of the seven numbers, only two are really much good, and that is a pretty bad ratio for a group of seven,” Oliver said.

Here’s our segment from last night about plastics and ugly, ugly fish:https://t.co/IowfWnfDyi

In fact, it is cheaper for companies to produce virgin plastics than to recycle existing ones. Despite this, they have lobbied for the “chasing arrows” symbols to appear on their products, as well as for the existence of curbside recycling programs.

If anything needs to change in consumer behavior, it is in our willingness to believe this myth.

“Lies go down easier when you want them to be true,” Oliver said.

He even showed a clip of a recycling plant director who coined a new term for the consumer habit of putting non-recyclable items in the recycling bin: wish-cycling.

“Here’s an umbrella,” Martin Borque, the director, said, lifting the item out of the materials he had to sort. “I wish it was recyclable. It’s not.”

Removing these items causes extra work for recycling plants, and can even end up contaminating plastics that could otherwise be recycled and reused.

Oliver said that consumers shouldn’t stop recycling, though they should be sure to only blue-bin items their local plant can actually process. However, the major change needs to come from industry and policy, he said.

He spoke out in favor of Extended Producer Responsibility, or EPR, which puts the burden of dealing with waste back on the company that makes it. The U.S. is one of the only wealthy countries without an EPR law on the books, though legislators have been trying to change that with the Break Free from Plastic Pollution Act, which was introduced last year and is set to be introduced again in 2021.

“The real behavior change has to come from plastics manufacturers themselves,” Oliver concluded. “Without that, nothing significant is going to happen.”

Oliver’s segment won approval from activists working to pass EPR legislation in the U.S. The U.S. Public Interest Research Group thanked the TV host on Twitter for calling attention to the issue.

“Makers of single-use plastics shouldn’t escape the costs to our planet and public health,” the group wrote.