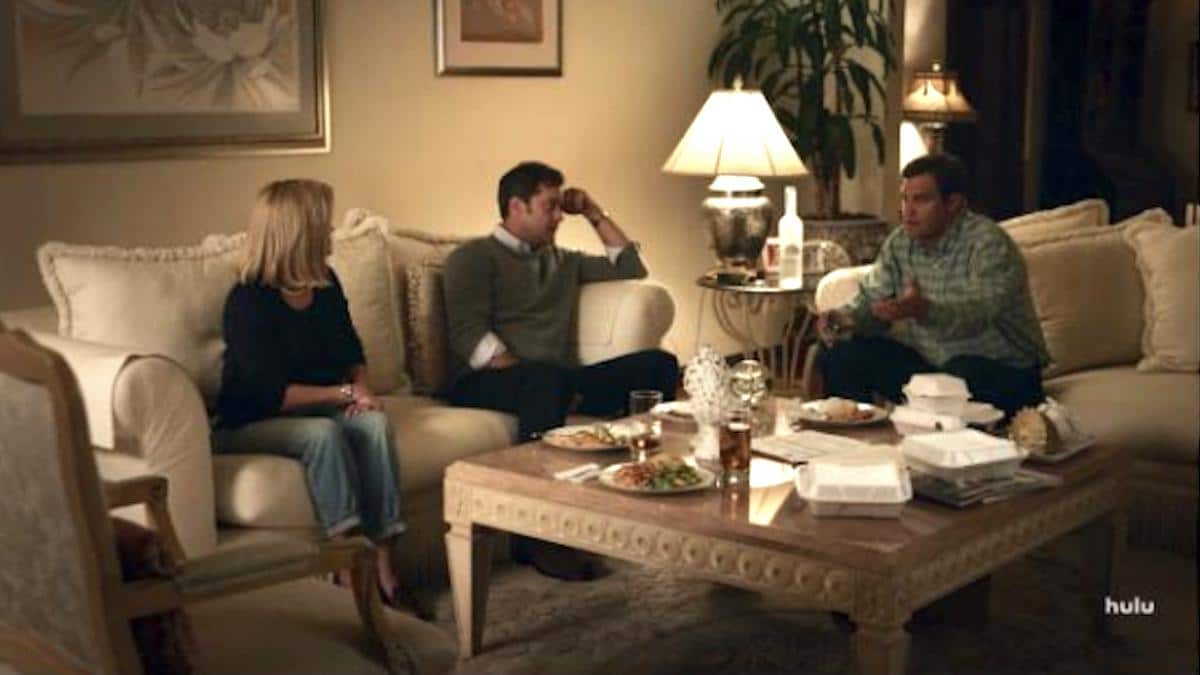 Characters from the Hulu show Little Fires Everywhere gather around a coffee table filled with takeout plastics. Flip the Script on Plastics

A new analysis by USC Annenberg Norman Lear Center and commissioned by the Plastic Pollution Coalition shows that many popular TV shows that aired over 2019 and 2020 heavily star single-use plastics. The report is part of a larger campaign that is urging Hollywood to swap single-use items on-screen for more sustainable alternatives.

The report, part of the campaign Flip the Script on Plastics, analyzed 32 TV shows that aired from 2019 to 2020, including “You,” “Little Fires Everywhere,” “Succession,” and “NCIS.” The researchers found that every single episode contained at least one single-use item, and the average was 28 single-use items per episode. In total, they found over 2,300 single-use plastic items in just 64 episodes.

Researchers also found that for 93% of the episodes, disposal of the single-use plastic was not shown. They note that this can create a narrative of “magically disappearing trash” that doesn’t address how harmful these items can be. For the instances where the characters did dispose of the waste, 80% of the time that disposal was via littering.

“Decades of research show that scripted entertainment plays a powerful role in shaping our social norms, attitudes, and behavior on a wide variety of health and social issues,” said Dana Weinstein, Project Specialist at USC Annenberg Norman Lear Center. “Thus, entertainment can be a highly effective medium for modeling sustainable practices and systems.”

According to the report, people in the U.S. alone dispose of 30 million tons of plastic annually, and single-use plastic is the top source of pollution worldwide. As such, the researchers and the Plastic Pollution Coalition want to encourage Hollywood to stop showing such prevalent plastic use on screen in hopes of encouraging more sustainable lifestyles off the screen.

“We are shaped and formed by what we watch. Media has the power to reimagine the world and blaze a trail to a regenerative, reusable, refillable, healthy, thriving plastic-free world for all living beings, if only we commit and act now,” said Dianna Cohen, co-founder and CEO of Plastic Pollution Coalition.

The Plastic Pollution Coalition is now collaborating with actors, showrunners, and writers in hopes of making TV shows with less single-use plastics and more dialogue about the issue. Some recommendations in the report include swapping these disposable items for reusable alternatives, adding in dialogue about plastic, and showing more of the lifecycle of these items from fossil fuel extraction to landfill.

“Showing the world we need, where fruits and vegetables are free of packaging and other foods and beverages are served in non-toxic, non-plastic reusable materials, is critical,” said Mandy Moore, actor, singer, and songwriter. “This initiative is an exciting way to shift the popular culture about the role plastic plays in our lives.”