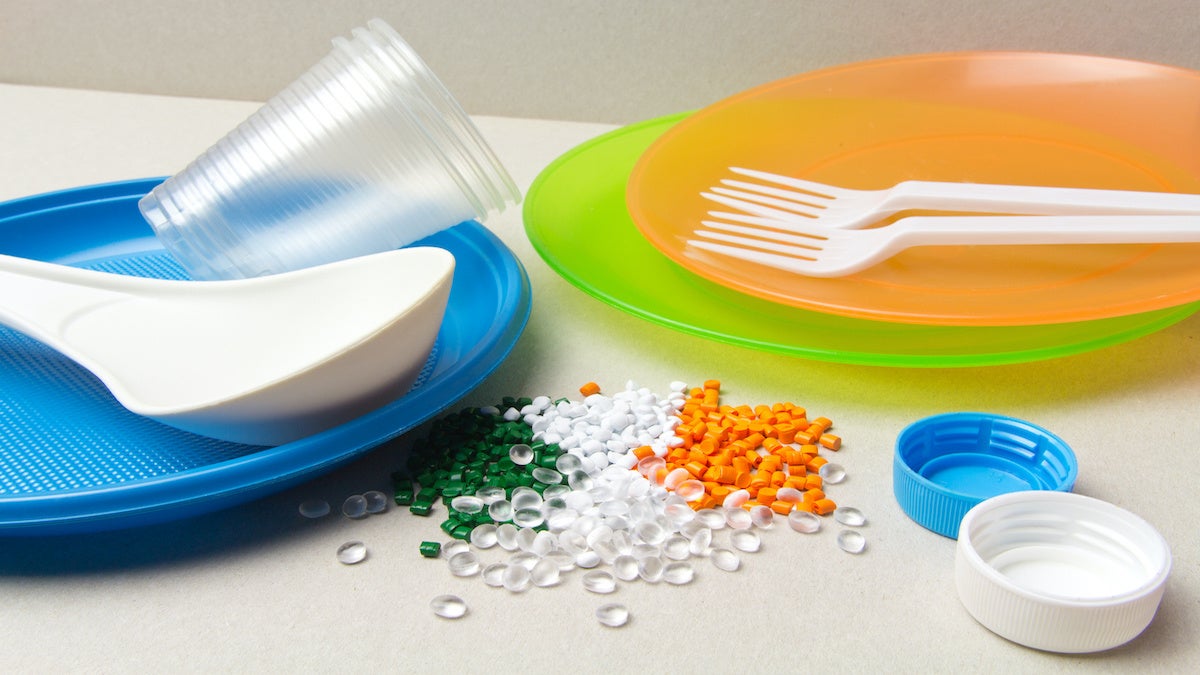 In the last 10 years, companies including BP, ExxonMobil and Shell have invested billion (€82 billion) in 210 chemical projects linked to America’s shale gas boom alone, according to the American Chemistry Council. And a further 133 projects are being planned or in the process of being built.

Petrochemicals, which make up 99% of all plastics, are the versatile building blocks of modern life. Derived from petroleum and fossil gas, they are found in clothes, paper, fertilizers and cleaning products — and even food preservatives and medicine.

Petrochemicals are rapidly becoming the largest driver of global oil consumption, a report by the International Energy Agency found in 2018. They are set to account for a third of the growth in demand to 2030 and half of the growth to 2050, ahead of trucks, planes and ships.

As demand for fuel peaks, petrochemicals may be the “last man standing,” said Theo Jan Simons, a plastics and chemicals expert at consultancy McKinsey.

Energy companies have recognized that shift in official documents.

Saudi Aramco said in a recent investor report that its chemical investments have removed risk from its portfolio. Shell, in a 2018 energy transition report, said that strong earnings from its downstream business — which includes petrochemicals — have helped offset a downturn in oil and gas prices.

ExxonMobil said last year that growth in chemicals could counter falling fuel demands from electric cars, Mother Jones reported earlier this month, while BP has excluded petrochemicals from its recent pledge to go carbon-neutral by 2050.

With fuel demand depressed by coronavirus and a price war threatening to pump out more oil, the industry’s traditional revenue streams are on even shakier ground. That could spur them to make more petrochemicals for a market that some analysts warn is already saturated. 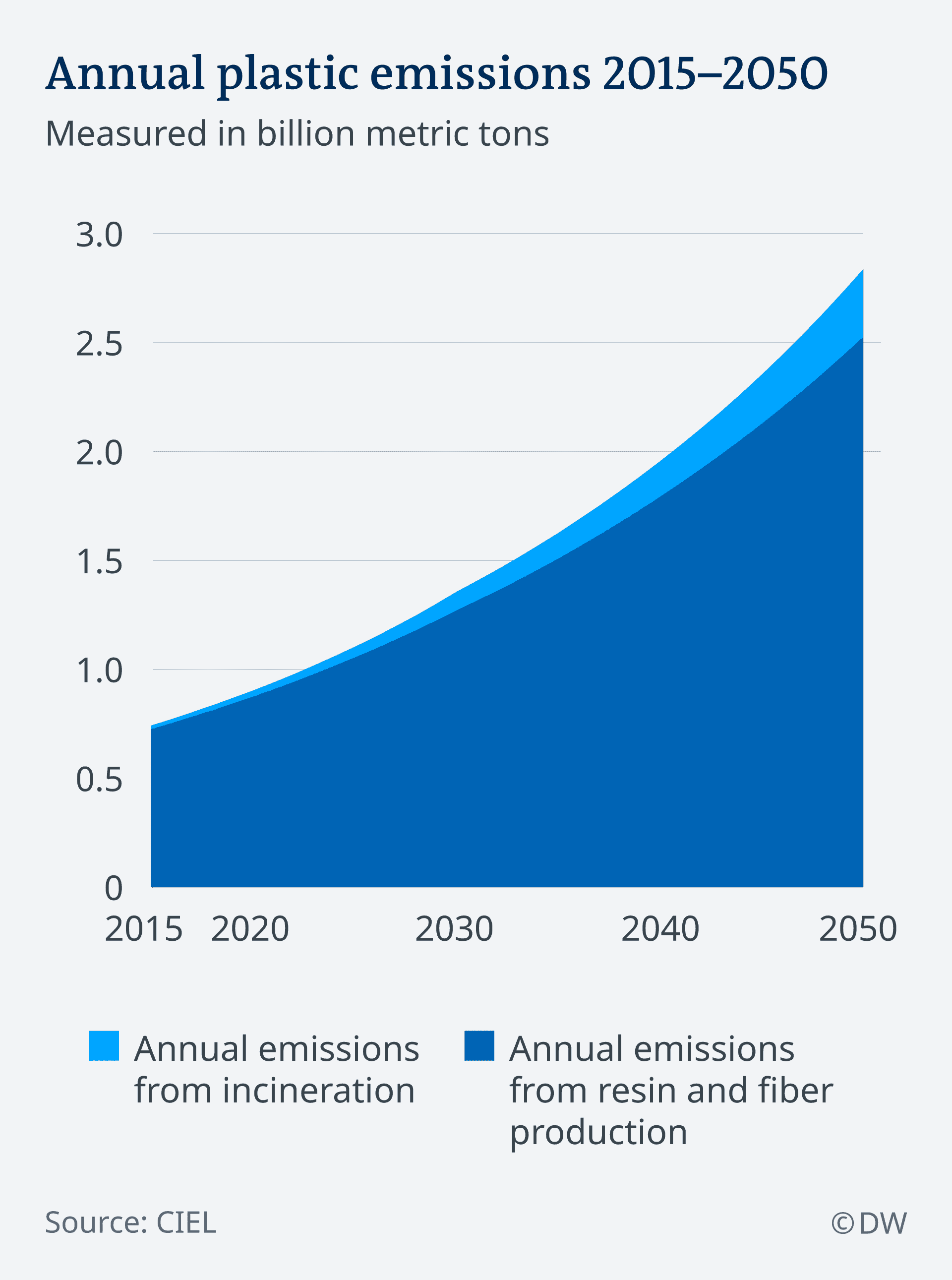 Plastic production has increased about 200-fold since 1950, but only 9% of the plastic ever made has been recycled, according to a study published in the journal Science Advances in 2017. The rest of the waste was burned or thrown into landfills and nature, where it is growing into a symbol of ecological neglect.

Each year millions of tons of plastic flood into oceans and wash up on beaches, killing fish and other marine life.

What’s more, plastic also carried a carbon footprint in its production and when burned as waste. This is responsible for about 2% of global emissions, though the net effect on the climate may be lower, because plastic packaging reduces food waste and lightweight plastics save fuel in transport.

The Center for International Environmental Law (CIEL) projected in a report last year that annual global plastic emissions will rise from 0.86 gigatons of carbon dioxide in 2019 to 2.8 gigatons by 2050 — or the equivalent of building 400 medium-sized coal plants.

Supply, Demand for Plastics an Illusion?

Despite its many uses, some experts say the proliferation of plastics is not driven by demand.

For decades, oil and gas companies needed to create markets for byproducts or manage them as waste streams, and responded by creating new markets, said Carroll Muffett, president of the Center for Environmental Law and lead author of the report on plastics and climate change.

“We’re seeing that very clearly with the market for single-use plastics. Much of that increase is driven not by consumer demand but [the] need to offload supply,” said Muffett.

A spokesperson for Shell disputed this, saying that the company was expanding its chemicals business to meet the rising demand from economic growth. Echoing this, Simons, the McKinsey consultant, also said the rise in petrochemicals is in line with growth of the overall economy.

Still, in a market beset by green technology and volatile geopolitics, petrochemicals may represent a more stable source of revenue than fuel.

There is a growing emphasis by the fossil fuel industry to make more plastic because of falling oil demand and prices, said Kevin Stairs, chemicals policy director at Greenpeace EU.

A price war between Russia and Saudi Arabia on the back of the coronavirus pandemic pushed oil prices down 30% at the start of March. The fall, according to market research from Wood Mackenzie, is set to result in a “severe overcapacity” of ethylene, the biggest petrochemical by volume and value and the foundation of plastic bags and bottles. Other experts argue that a slowdown in the economy might decrease demand and spur the industry to cut production.

Plastic Falling out of Favor With the Public

Across Africa, 34 countries have banned or taxed single-use plastics, according to the United Nations. China and India plan to phase them out by 2022. A rise in alternative materials and a shift toward circular economies have put petrochemical producers under pressure, said Hans-Josef Fell, president of think tank Energy Watch Group.

Oil and gas companies have taken a “huge gamble” on demand for plastic that hasn’t materialized, said Muffett. “What they’re running up against is that the global south is increasingly rejecting plastics in a growing number of forms.”

As more and more countries turn away from plastic, “the case that there’s some massive unmet market out there begins to crumble,” he added.