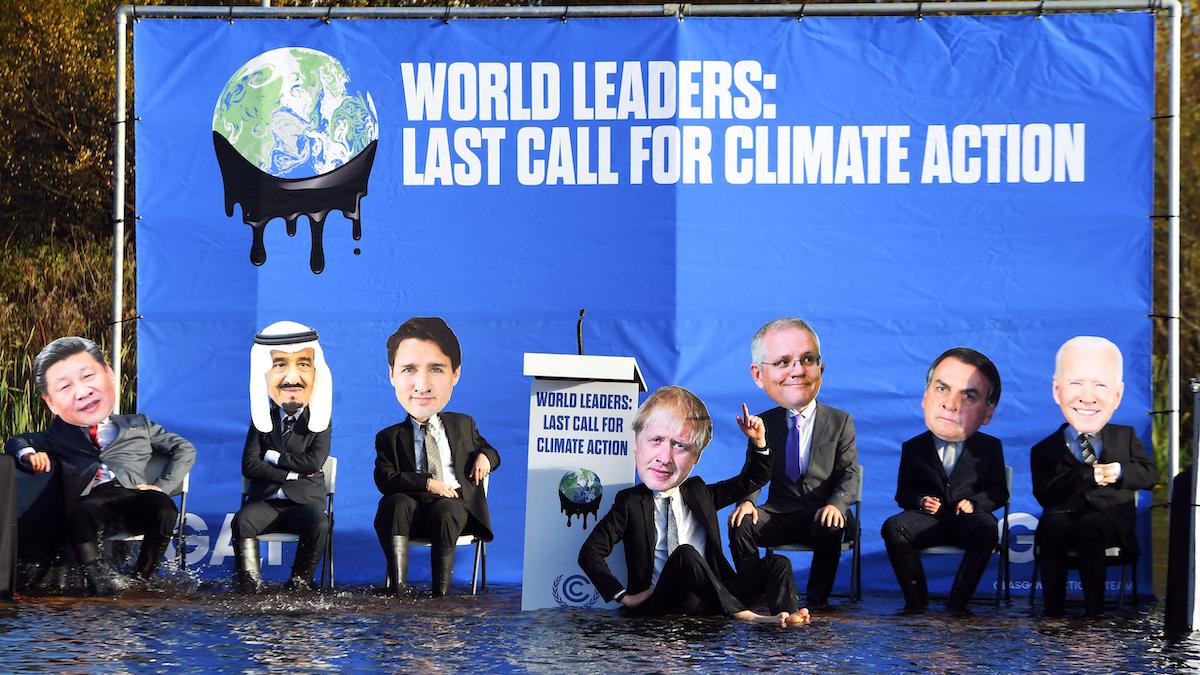 Climate change activists dressed as world leaders pose for a photograph during a demonstration in Glasgow on Nov. 9, 2021, during the COP26 UN Climate Change Conference. ANDY BUCHANAN / AFP via Getty Images

The largest delegation at COP26 represents the fossil fuel industry that profits from the climate crisis, according to an analysis from Global Witness.

More than 500 lobbyists from over 100 fossil fuel companies are in Glasgow. There are more fossil fuel lobbyists at COP26 than there are delegates from Puerto Rico, Myanmar, Haiti, the Philippines, Mozambique, the Bahamas, Bangladesh and Pakistan — combined — and more than double the official Indigenous constituency.

Meanwhile civil society groups have been largely excluded from the talks. Activists also sharply criticized a leaked decision text draft for failing to mention fossil fuels or the need to stop burning them.

The United States sent 165 delegates, including former president Barack Obama, who was attending events on Monday. The United Kingdom sent 230.

Murray Worthy, the gas campaign leader at Global Witness, said the “presence of hundreds of those being paid to push the toxic interests of polluting fossil fuel companies will only increase the skepticism of climate activists who see these talks as more evidence of global leaders’ dithering and delaying.”

The group said its analysis found that some of the delegates with links to fossil fuel interests were parts of official country designations from Canada, Russia and Brazil. The researchers said that over 100 fossil fuel companies were represented at COP26, including Royal Dutch Shell, Gazprom and BP, as well as 30 trade associations and membership organizations.