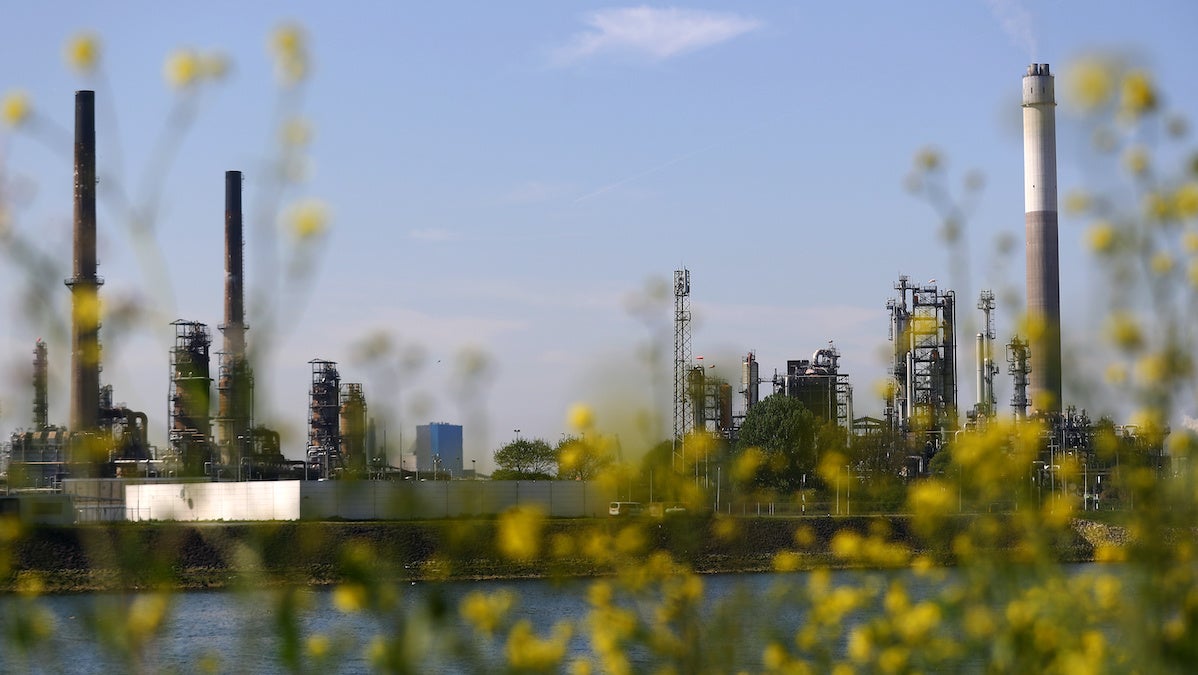 A general view of BP (British Petroleum) refinery in the Port of Rotterdam on April 23, 2020 in Rotterdam, Netherlands. Dean Mouhtaropoulos / Getty Images

Fossil fuel giant BP made headlines earlier this year when it announced it would target net zero emissions by 2050. Now, it is in the headlines again, since it announced on Monday that it would slash 10,000 jobs, roughly 15 percent of its workforce, as it struggles during a downturn in the oil market and transitions its practices towards renewable energy, as CNN reported.

In an email to staff on Monday that was also published on LinkedIn, BP CEO Bernard Looney announced the layoffs, which mostly affect senior office-based positions and not front-line operational staff. He called it part of some “tough decisions” but said that “we must do the right thing for bp and this is that right thing,” as Gizmodo reported.

BP currently employs 70,100 people. “We will now begin a process that will see close to 10,000 people leaving BP – most by the end of this year,” Looney said in a statement, as Reuters reported.

BP also said it will not give any raises to senior executives this year and it will not hand out any cash bonuses. Like all the world’s top energy companies, BP has cut its 2020 spending plans after the coronavirus pandemic brought an unprecedented drop in demand for oil, according to Reuters.

In his email to staff, Looney said: “The oil price has plunged well below the level we need to turn a profit. We are spending much, much more than we make – I am talking millions of dollars, every day,” as the BBC reported.

“It was always part of the plan to make BP a leaner, faster-moving and lower carbon company,” wrote Looney. “Then the COVID-19 pandemic took hold. You are already aware that, beyond the clear human tragedy, there has been widespread economic fallout, along with consequences for our industry and our company.”

The price of crude oil fell precipitously this year. It started the year at per barrel, but dropped below during the pandemic and has now inched its way up to barrel. That slow recovery in the price and the continued low demand for oil means the fossil fuel industry is losing money hand over fist, according to CNN.

The drop in oil prices has accelerated the push toward renewable energy sources, Looney said on Monday, according to CNN. “To me, the broader economic picture and our own financial position just reaffirm the need to reinvent [BP],” Looney wrote in his note to employees. “While the external environment is driving us to move faster — and perhaps go deeper at this stage than we originally intended — the direction of travel remains the same.”

Prior to the coronavirus, demand for oil was expected to peak around 2040 due to the rise of electric cars, increased energy efficiency and a switch to alternative sources. That combination puts pressure on energy companies to decrease their reliance on fossil fuels. BP started out ahead in that department, having committed to cutting greenhouse gas emissions from its global operations, as well as emissions that result from the oil and gas it produces, to net zero by 2050. BP wants to halve the carbon intensity of the products it sells by 2050, as CNN reported.

The drop in demand has affected other companies, too. Chevron Corp, the second-largest U.S. oil producer, said that it would cut between 10 and 15 percent of its global workforce as part of an ongoing restructuring, according to Reuters. Also, Royal Dutch Shell cut its dividend and started a layoff process.