Oil Prices Fall Below Zero for First Time in History 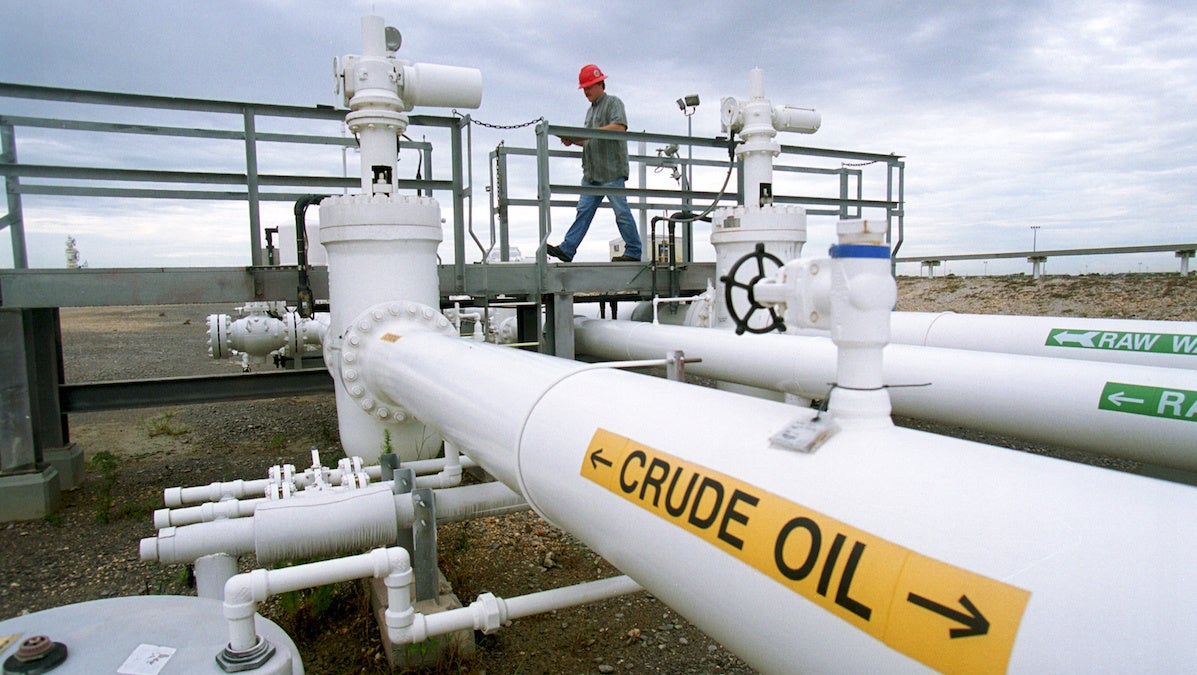 The dramatic price drop in oil was caused because more oil is being produced than can be stored. Here, a field operator inspects the pipelines at the Federal Strategic Petroleum Reserve near Beaumont, Texas on Sept. 21, 2000. Joe Raedle / Newsmakers

Oil prices turned negative for the first time in history Monday as energy demand plummets in the wake of the coronavirus pandemic.

The dramatic price drop, from to around negative for the lead U.S. oil benchmark, was caused because more oil is being produced than can be stored, so buyers had to pay traders to take their May supply, The New York Times explained. This isn’t entirely unexpected. The gap between demand and supply has been such that news outlets including EcoWatch reported this could happen in early April. But for climate activists, the incident highlights the instability of fossil fuels as an energy source.

“We are experiencing an unparalleled upending in our economies,” 350.org‘s associate director of Fossil Finance Campaigns Brett Fleishman said in a statement. “And it is time for the fossil fuel industry to recognize that, from now on, the cheapest and best place to store oil is in the ground.”

"We are experiencing an unparalleled upending in our economies. And it is time for the fossil fuel industry to recognize that, from now on, the cheapest and best place to store oil is in the ground."

But it is uncertain what this dip in prices will mean both for fossil fuels and renewable energy going forward. The New York Times explained that Monday’s price fall was partly because of how oil is traded. Future contracts for May expired Tuesday, which means buyers would have had to take possession of any oil purchased for the month despite a lack of storage space.

“The May crude oil contract is going out not with a whimper, but a primal scream,” Pulitzer Prize-winning oil historian and vice chairman of IHS Markit Ltd Daniel Yergin told the Los Angeles Times.

But contracts for June closed at a relatively normal price of .43 per barrel, and it is hard to know what the coronavirus-induced oil crisis will mean for the renewable energy transition once lockdown orders are lifted. Oil demand has fallen by almost a third compared to April of last year, according to International Energy Agency figures reported by TIME, and coal-fired electricity generation in the U.S. is at an all-time low, the Los Angeles Times reported. Carbon dioxide emissions are also down, but could ramp up again when the economy reopens.

Whether the recovery is based on fossil fuels or clean energy will depend on political decisions, energy researcher Alex Gilbert, a fellow at the Payne Institute at the Colorado School of Mines, told the Los Angeles Times.

“The big question with clean energy is probably what happens on the policy side,” he said. “How much do China, the U.S. and the European Union pursue clean energy technologies as a stimulus method?”

Jason Bordoff, founding director of Columbia University’s Center on Global Energy Policy, cautioned that oil demand could bounce back if people are afraid of taking public transportation following the pandemic.

“I live in New York City,” Bordoff told the Los Angeles Times. “I think a lot more people will want to take personal cars if they have them, or even Ubers, before they get back in the subway again. When economies are struggling and people are struggling, environmental ambition in government policy wanes.”

But some analysts think the oil industry will never be the same and that the world will never use as much oil as it did last year, as TIME reported. Many smaller companies will likely go out of business, and the larger companies will have less political power and feel more pressure to respond to the climate crisis.

In this view, the coronavirus has only accelerated a reckoning for an industry whose product is a key source of global warming. Even last year, energy performed the worst of any sector on the S&P 500 stock index.

“The basic model is in pieces, it’s fallen apart,” director of finance at the Institute for Energy Economics and Financial Analysis (IEEFA) Tom Sanzillo told TIME. “This is an industry in last place.”