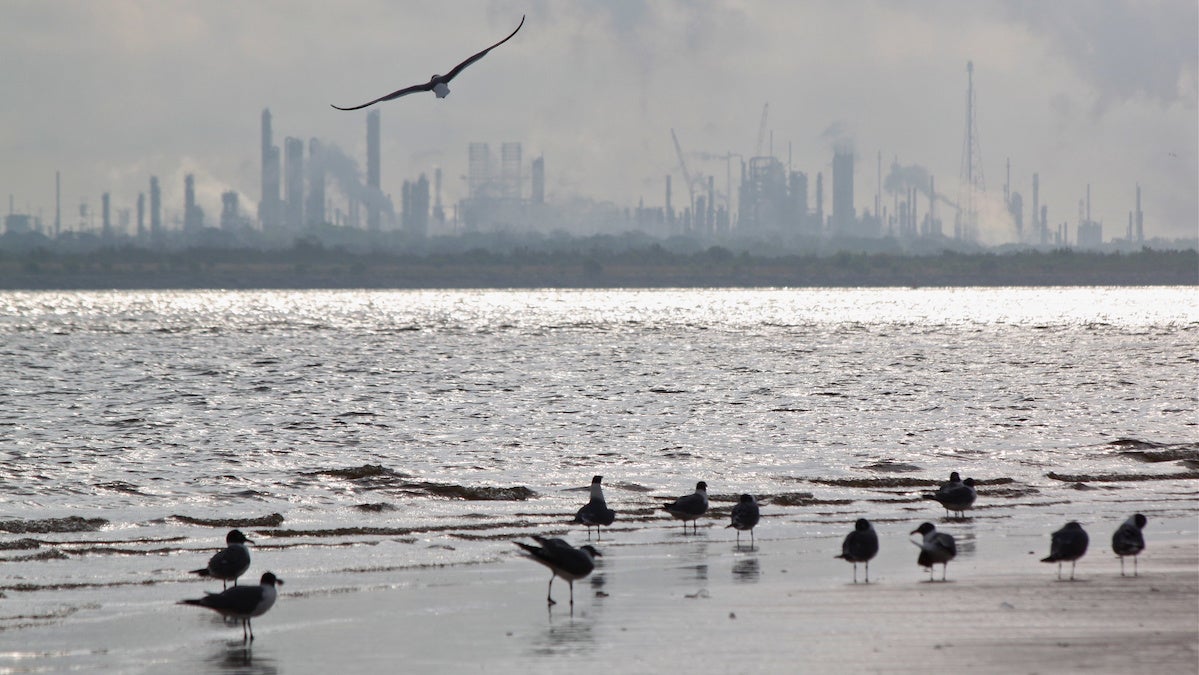 Looking across the Houston Ship Canal at the ExxonMobil Refinery, Baytown, Texas. Roy Luck, CC BY 2.0

A growing number of refineries around the world are either curtailing operations or shutting down entirely as the oil market collapses.

Oil prices have fallen precipitously to their lowest levels in nearly two decades. Typically, falling oil prices are a good thing for refiners because they buy crude oil on the cheap and process it into gasoline, jet fuel, and diesel, selling those products at higher prices. The end consumer also tends to consume more when fuel is less expensive. As a result, the profit margin for refiners tends to widen when crude oil becomes oversupplied.

But the world is in the midst of dual supply and demand shock — too much drilling has produced a substantial surplus, and the global coronavirus pandemic has led to a historic drop in consumption. Oil demand could fall by as much as 20 percent, according to the International Energy Agency, by far the largest decline in consumption ever recorded.

Consumption of jet fuel around the world has plunged by 75 percent. Average retail gasoline prices in the U.S. are dropping below per gallon nationwide and have already fallen below per gallon in some places. They will fall further still.

"If oil continues to sell at such a low price, some of those companies are going to have severe financial issues trying to survive." https://t.co/c3Mzrifjx6

In fact, margins even fell into negative territory, meaning that the average refiner was losing money on every gallon of gasoline produced. Refiners now find themselves facing a painful financial squeeze.

“We’re seeing gasoline cracks at negative margins. We’re seeing jet cracks even worse,” Brian Mandell, an executive with Phillips 66, said on a March 24 phone call with investors. “Cracks” refer to the difference between the cost of buying crude oil and selling the refined product, and it stands in as a reference point for a refiner’s profit margin.

One of the main strategies that refiners use when a particular product is oversupplied is to alter their processing mix. Facing a glut of gasoline, refiners could switch their operations away from gasoline to a focus on diesel, where margins have not declined by nearly as much. “With strong price signals pushing refiners towards diesel production, they would have made immediate adjustments to tweak their refined product yields,” RBN Energy, a consultancy, wrote in a report.

However, some refiners already switched over to diesel following tighter international sulfur regulations on maritime fuels that took effect at the start of this year, which placed a premium on low-sulfur diesel. Having already tapped that strategy, the ability to adjust away from gasoline production is “likely limited,” RBN concluded.

There are around 3 billion people on some form of a lockdown around the world. In those circumstances, refiners have seen buyers vanish overnight.

“We’re seeing even our Latin American customers asking us if they can back out of cargoes now, so we see that the demand destruction is starting to move toward Latin America,” Brian Mandell, the Phillips 66 executive, told investors.

With no buyers, gasoline is set to pile up in storage. Refiners are looking at no other choice but to curtail or shut down operations.

Valero Energy, for instance, recently announced that it would limit output at six of its 12 U.S. refineries. ExxonMobil announced significant cuts to its refineries in Texas and Louisiana, citing the lack of sufficient storage capacity. Notably, Exxon said it would shut down its gasoline unit at its Baytown, Texas, complex, the company’s largest such unit in the United States.

“The refiners are struggling mightily, due to the steep drop in demand,” John Kilduff, a partner at Again Capital LLC, told Bloomberg. “The poor refining margins will push companies to reduce operating rates further.”

The danger for some refineries is that they cannot simply throttle back and operate at really low levels. “In our experience, crude throughput in the 60 percent to 70 percent range is approaching the minimum rates that a refinery can operate without completely shutting down units,” RBN said.

According to Phillips 66, even that threshold might be optimistic. “I don’t think a good rule of thumb would be down in the 60 percent range for refiners. Most refineries can’t turn down that far,” Robert Herman, an executive with Phillips 66, said on an investor call. With refiners already lowering processing, “we’re nearing kind of minimum crude rates in many of our refineries today,” he added.

In other words, facing a mounting glut and no ability to lower output further, some refineries may simply need to shut down entirely.

We are now witnessing oil refiners not just cutting runs, but in some markets they are completely shutting down.

The problem is a global one. Italy’s API became the first European refiner to shutter a facility. On March 30, North Atlantic Refining Ltd. announced the first refinery to shut down in North America.

In one particularly unusual move, India’s Reliance Industries said it would simply sell the crude oil that it had in transit at sea, rather than allowing the cargo to arrive at its refineries. Reliance, which operates the world’s largest refining complex, said it would instead cut processing rates. “As of now, the plan is to cut refining throughput in April because demand is not there,” a source told Reuters.

In the U.S., refineries unable to switch away from gasoline are most at risk, as are those in the Midwest and the Rockies, where access to pipelines and storage capacity is a fraction of that on the Gulf Coast, according to RBN.

“It is not difficult to see run cuts of 10 mmb/d (million barrels per day) soon, perhaps peaking at 15-20 mmb/d at the height of the pandemic. This is likely to force some refineries to close down, while others will reduce rates severely,” research firm FGE said in a report on March 30.

Running out of Storage, Oil Prices to Crash Further

The situation could unravel rather quickly. Consumers aren’t consuming and refiners are lowering their operations. Ultimately, that means that oil drillers will have no place to sell their oil.

A number of pipeline companies have already asked oil drillers to cut back on their production because the pipeline system was becoming overwhelmed.

The estimated 20-million-barrel-per-day surplus will lead to storage filling up in the next two to three months. To avoid such an outcome, analysts widely see crude prices crashing even further.

“Demand for gasoline (no driving) and jet fuel (no flying) has now crashed and inventories for these products are already brimming. Refineries in many places are now losing money for every barrel they process, or they have no place to store their output of oil products,” Bjarne Schieldrop, chief commodities analyst at SEB, a Swedish corporate bank, said in a statement. “For land-based or land-locked oil producers, this means only one thing: the local oil price or well-head price they receive very quickly goes to zero or even negative.”