What Happens to Recycled Plastic?Researchers Lift the Lid 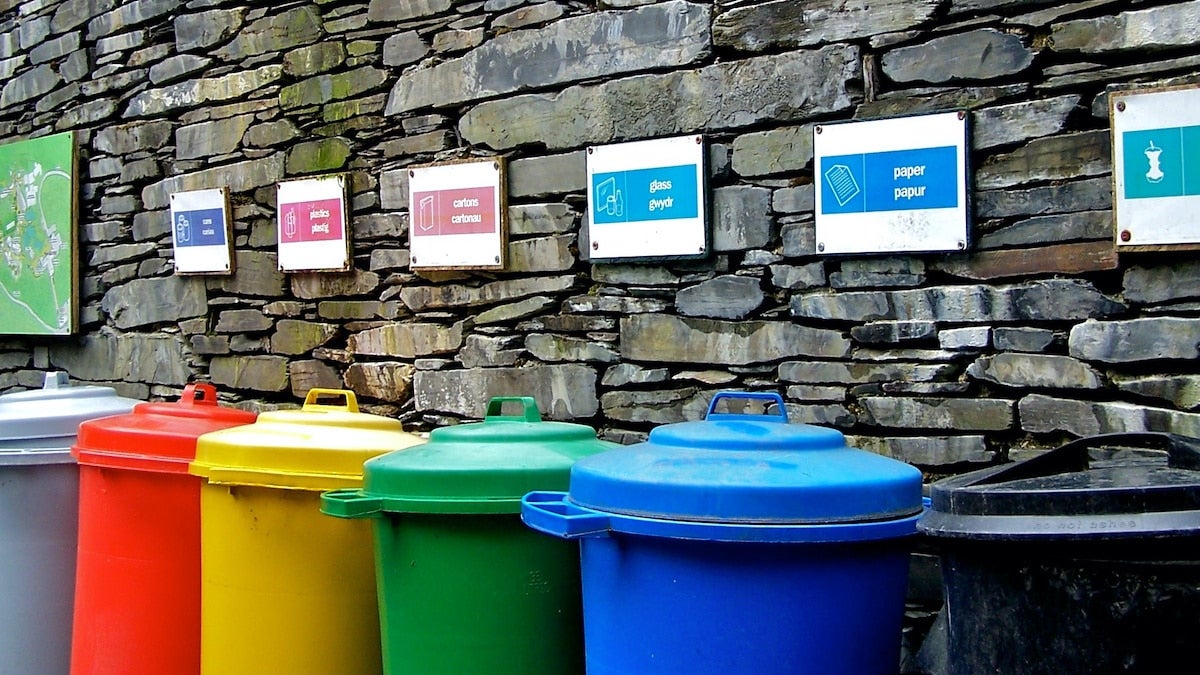 A row of colorful recycle bins line a wall in Machynlleth, Wales in the UK. Dave Goodman / Wikimedia Commons / CC by 2.0

By Regina Frei and Diego Vazquez-Brust

The secretive way in which plastic recycling is handled in the UK carries the potential for the next big scandal. While the government’s statutory guidance is supposed to clarify who is responsible, our research suggests that what happens to plastics we believe to be recycled in the UK is in reality quite obscure.

Each council in the UK contracts different companies for the disposal and recycling of household waste, so the rules for residents in different areas vary. But you probably separate recyclables before filling your recycling bin and expect that waste (except when it’s black) to be recycled.

Meanwhile, manufacturers and retailers have pledged to reduce single-use plastics by redesigning their products and using more recycled materials, as well as making different materials easier to separate. There’s no legal obligation for companies in the UK to separate multiple types of recyclable waste when it’s discarded, but many do it anyway.

The success of all our efforts to recycle as much plastic as possible relies on the system working. So where does it all go wrong?

We sifted through countless reports from businesses and local government bodies, as well as news stories and dozens of interviews with people at waste management companies, including one whistleblower.

What we discovered revealed several inconsistencies about recycling in the UK.

A government briefing paper from March 2020 stated that 91% of the five million tonnes of plastics used in the UK each year is “sent towards treatment.” This does not mean it is actually recycled, just that it went to a waste management company. Even so, the World Wide Fund for Nature estimated that the recycling rate for single-use plastics was 29% in 2018.

A 2018 report by the Local Government Association found only one-third of plastics collected from households can be recycled, due to contamination, low-grade and mixed materials and technical difficulties.

The National Audit Office, an independent body responsible for auditing government departments, claimed in 2018 that there was a sixfold increase in exports of packaging material for recycling abroad between 2002 and 2017. Exports accounted for half of all packaging reported as recycled in 2017. So what happened to all of it?

According to industry experts, many businesses that call themselves recycling companies actually only sort waste and then sell it on, often via brokers, towards unknown destinations. Few have their own recycling facilities, and many refuse to say where the plastics go, claiming this is commercially sensitive information.

The prices at which plastic waste is traded vary depending on who you ask – councils, waste management and recycling companies, or businesses using recycled materials – without any explanation for the discrepancies. A report by the UK charity WRAP indicated that mixed rigid plastics fluctuated between negative prices and £55 (about ) per tonne between 2016 and 2019, and about £50 () to £120 (8) for mixed polymers. One company we interviewed claimed to receive £350 (2) per tonne of mixed plastics.

The UK exports large quantities of plastics to other countries, including Turkey, Egypt and Malaysia, as China stopped importing waste in January 2018. These countries lack the facilities to recycle their own plastics, let alone plastics from elsewhere. Little wonder that most plastics Turkey promises to recycle are actually burned or dumped. Turkey’s recycling capacity in 2019 was claimed to be 850,000 tonnes whereas almost 600,000 tonnes were imported from EU countries. Compare this to the 650 million tonnes that the UK alone exported and something does not add up.

Even just talking about “plastic waste” obscures how diverse the materials involved are, and how complicated the inevitable recycling process is. Take TetraPaks – the drink cartons you probably buy milk or orange juice in. Some 68% of councils collect them from the curbside, but there are few facilities worldwide equipped to recycle them. The UK has only one, built in 2013, that can process 25,000 tonnes a year. But the UK produces about 60,000 tonnes of these cartons annually. Yet, the facility is running under capacity, according to an email they sent us. So most drink cartons must either be exported or have only their cardboard recycled, as they also contain low-density polyethylene (about 21%) and aluminum foil (4%) which are difficult to separate.

And COVID-19 has made the UK’s recycling problem much worse. The use of single-use plastics, including disposable masks and other PPE, has prompted a steep increase during the pandemic. Online shopping, with all the additional packaging, has risen too, while recycling in developing countries and elsewhere has halted. All of these factors have increased the amount of plastic waste the UK exports, and increased the likelihood that it will be dumped.

Exporting plastic waste should be forbidden without clear proof it will be recycled. We want to alert the public to this growing problem so that the government is forced to create a legal framework with enforceable regulations, ensuring British plastics are responsibly recycled in Britain.

Plastics recycling comes in many shapes and forms. There are mechanical and chemical processes for recycling the many different types. Most processes require plastics to be clean and separated by type, but there are also processes such as pyrolysis that can process mixed and contaminated plastics, including printed films.

To deal with all of our plastics, the UK needs to build an integrated plastics recycling facility that can deal with all these in every part of the country.

As a last resort, the unrecyclable leftover waste should be burned in an incinerator to generate energy. These are common in continental Europe, but the UK seems to prefer landfill, with incinerator projects regularly rejected.

Though not perfect, incineration in Britain would be a vast improvement on the current situation, where plastics are shipped to the other side of the planet only to be dumped and burned illegally.

Regina Frei is an Associate Professor in Operations and Supply Chain Management, University of Southampton.

Diego Vazquez-Brust is a Professor of Global Business Sustainability and Strategy, University of Portsmouth.