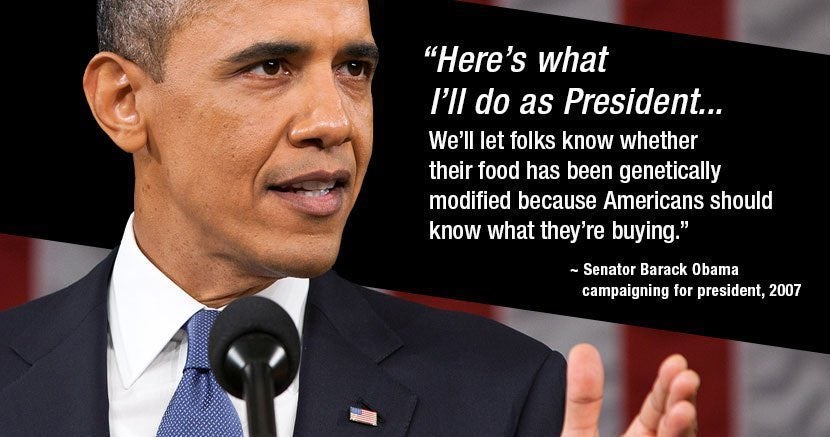 Today, Congress chose to favor the interests of the food industry over consumers’ right to know what’s in the food they eat and feed their families when the House approved the Senate’s version of the DARK Act. The bill now goes to President Obama.

With this legislation, both the House and the Senate have voted to do away with basic transparency about how food is produced. They’ve also revoked a popular and clear state labeling law that is already in effect in Vermont, nullifying future state labeling requirements.

The majority of Americans support labeling for GMOs and will hold their elected officials accountable for stripping away this transparency.

If this bill becomes law, the food and biotech industries win what are essentially voluntary requirements. This so-called “compromise,” does not mandate recalls, penalties or fines for noncompliance and many loopholes in the bill will likely leave many GMO ingredients exempt from any labeling requirements. The bill gives companies the option to use discriminatory and cumbersome QR codes that require a smartphone to access basic information about the food on store shelves.

We urge President Obama to remember his campaign promise to let consumers know what they are eating by rejecting this bill. This is his final chance to get it right when it comes to food policies that protect people over corporations. He’d do just that by vetoing the DARK Act.