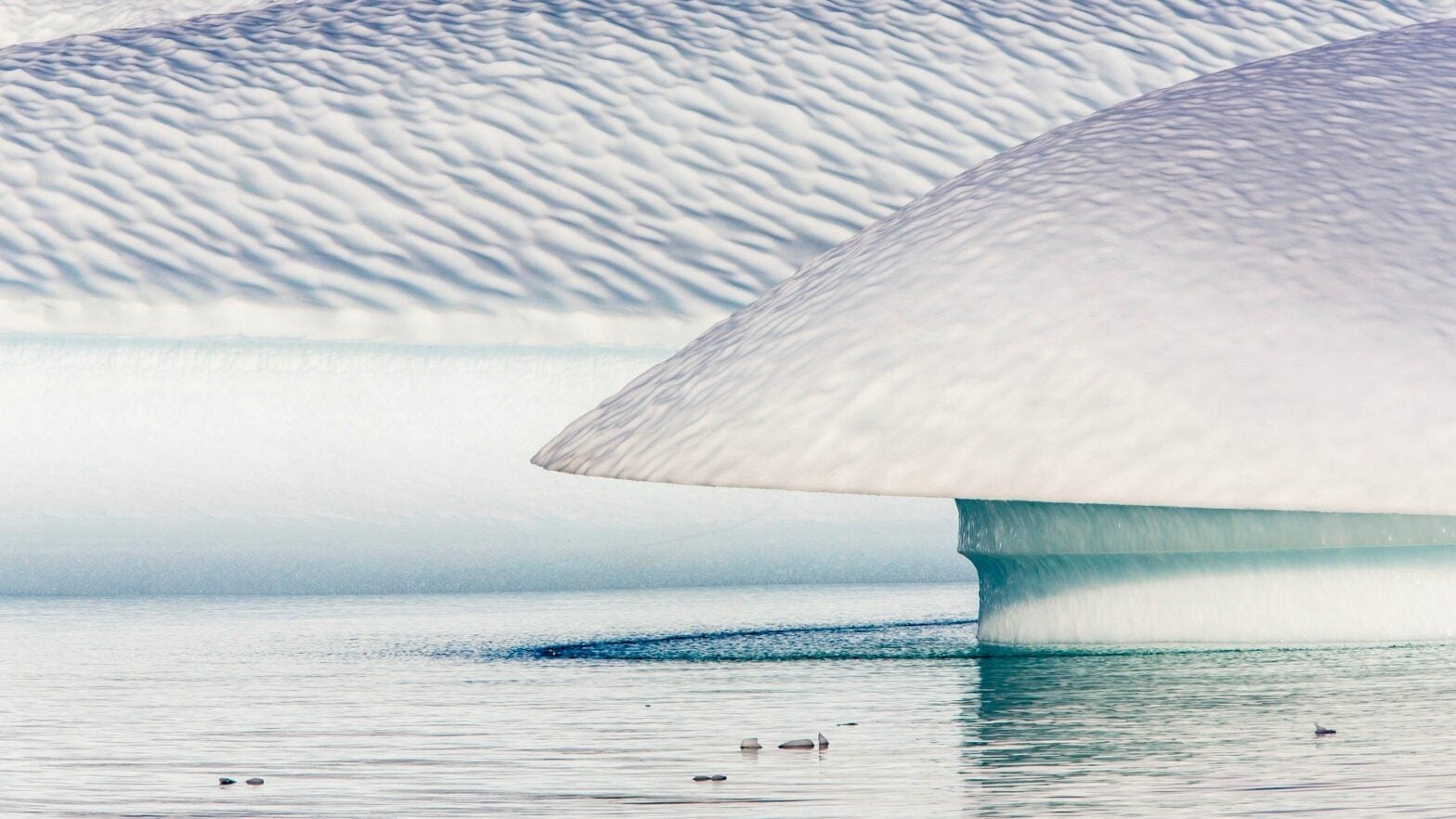 The Greenland ice sheet is melting faster than ever recorded in modern history. New research finds that the world’s second-largest ice deposit is not just melting from the surface but from below as well, which adds a new twist to consider when predicting global sea level rise.

The Arctic ice sheet stores large quantities of frozen water extending 1.7 million square kilometers (656,000 square miles) long, according to the National Snow and Ice Data Center. In recent years it has seen unprecedented melting — seven times faster today than in the 1990s — that is likely to be intensified by the climate crisis. Scientists estimate that if the Greenland Ice Sheet completely melted, sea levels would rise by about 20 feet.

Researchers have long known that surface melt occurs from exposure to the sun and rising temperatures, but Arctic scientists from the Alfred Wegener Institute, Helmholtz Centre for Polar and Marine Research (AWI) in Germany have now determined that an underwater current of warmer water is carving a destructive path below the surface.

To come to their findings, the team took to the 79 North Glacier, a 50-mile-long “tongue” of floating ice that has slid into the ocean and floats on the surface while remaining connected to the land ice. In the last two decades the 79 North Glacier has seen dramatic loss of both its mass and thickness. The first-ever extensive ship-based survey of the ocean floor revealed an underwater current more than a mile-wide arriving from the Atlantic Ocean, bringing heat into contact with the glacier to accelerate its melting.

“The reason for the intensified melting is now clear,” researcher Janin Schaffer said, according to EurekAlert!. “Because the warm water current is larger, substantially more warmth now makes its way under the ice tongue, second for second.”

Schaffer and her team also found what is known as a bathymetric sill, which acts as a dam to water flowing over the seafloor. As water builds up against this barrier, it grows until eventually rushing over and coming into contact with the tongue, further melting the ice from below.

“The readings indicate that here, too, a bathymetric sill near the seafloor accelerates warm water toward the glacier. Apparently, the intensive melting on the underside of the ice at several sites throughout Greenland is largely produced by the form of the seafloor,”Schaffer said.

Writing in Nature Geoscience, the study authors add that similar effects were seen at other parts of the Greenland Ice Sheet as well. The researchers say that their findings may help to more accurately gauge the total amount of meltwater lost from the ice sheet each year.