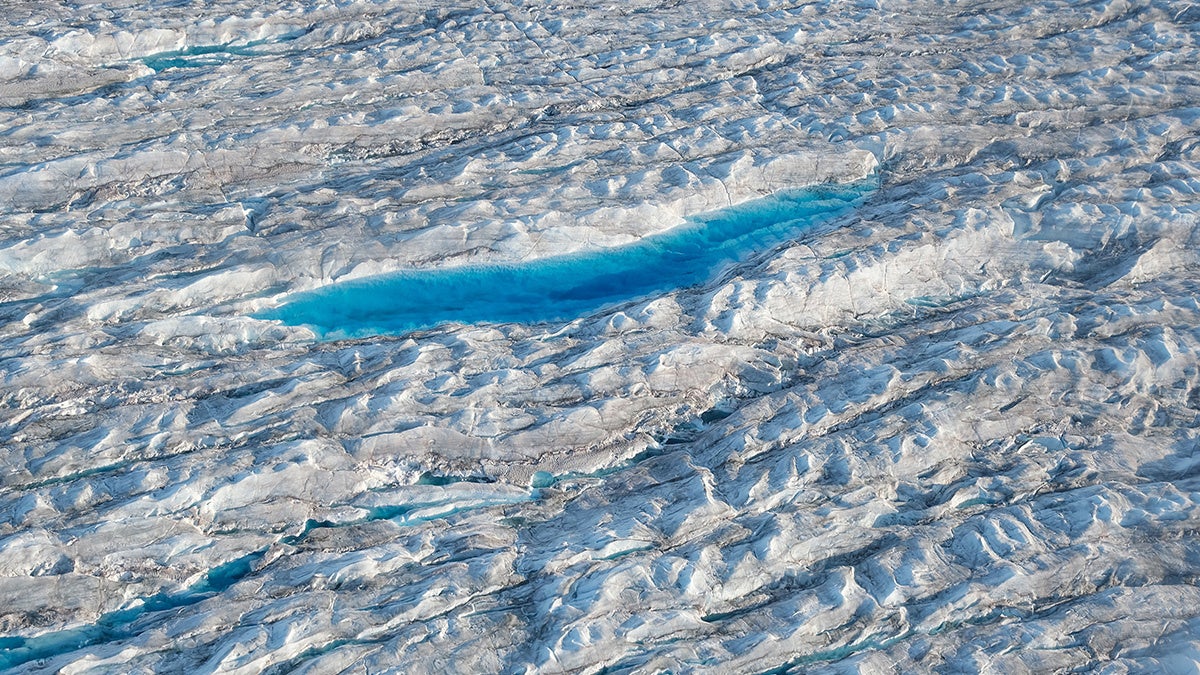 Scientists in the Arctic watched a glacial lake in Greenland turn into a waterfall that drained five million cubic meters of water, or 2,000 Olympic-sized swimming pools, in just five hours, worrying scientists that the world’s second largest ice sheet is becoming unstable, according to a new study published in the Proceedings of the National Academy of Sciences.

The waterfall that the scientists observed was triggered by cracks in the ice sheet. When those cracks form, massive amounts of lake water falls below the surface to the area beneath the ice. There the meltwater expands the lake by weakening the ice. In the new study, the researchers captured the lake draining when its edge met a fracture in the ice that had formed one year earlier, according to the study.

The scientists watched the water plummet more than 3,200 feet to the lowest layers of the glacier where the ice forms on top of bedrock. At the base layer, the water weakens the ice and helps it move out to sea, as The Washington Post reported.

The team of scientists, led by researchers from the University of Cambridge in England, captured the drone footage in July 2018. The research, using specially outfitted drones that captured drainage of a fairly small glacial lake, could help scientists better understand the relationship between surface water and the stability of the ice sheet. That, in turn, could help scientists improve their global sea rise projections, according to The Washington Post.

The researchers suggested that what they observed may represent an overlooked issue that is affecting the Greenland ice sheet.

“We propose that many lakes thought to drain slowly are, in fact, draining rapidly via hydrofracture. As such, rapid drainage events, and their net impact on ice sheet dynamics, are being notably underestimated,” the study reads.

This means scientists may need to tweak their computer models to form a more accurate picture of the rate of melting and projections for sea level rise.

“We need to gain a more complete picture of these processes so that we can properly predict the impact of climate change on the Greenland Ice Sheet in the 21st century,” said Thomas Chudley, the study’s lead author from the University of Cambridge, to Newsweek.

Thousands of lakes form on the Greenland ice sheet every summer when the weather warms. Many of these lakes rapidly drain and create caverns called moulins. The water then winds its way down to the base of the ice sheet. The openings often stay that way through the warm season and capture streams and rivers that fall to the bottom of the ice sheet. Since the ice sheet is often over one kilometer thick, the water flowing into the moulins may be the world’s largest waterfalls, according to a statement from the University of Cambridge.

“Previous research has shown that whilst only 3 percent percent of total surface melt is delivered to the bed via these drainage events, as much as 36 percent can continue to access the bed via moulins after the event,” said Chudley to Newsweek. “Whilst satellite studies have previously estimated the number of lakes that rapidly drain to be between 10 to 30 percent, our lake drainage is actually small enough that it wouldn’t be identified by these methods. So that suggests to us that there may be more of these rapid drainages — and the moulins that follow — than previously thought.”

The scientists also found the water flow caused the ice’s movement to speed up from 6.5 feet per day to over 16 feet per day. So much water seeped under the ice that it pushed the ice up about 1.6 feet. “We were also surprised to see that these impacts extended as far away as [2.4 miles] from the lake site itself, suggesting that these events can have quite widespread impacts in the short term,” said Chudley to Newsweek.