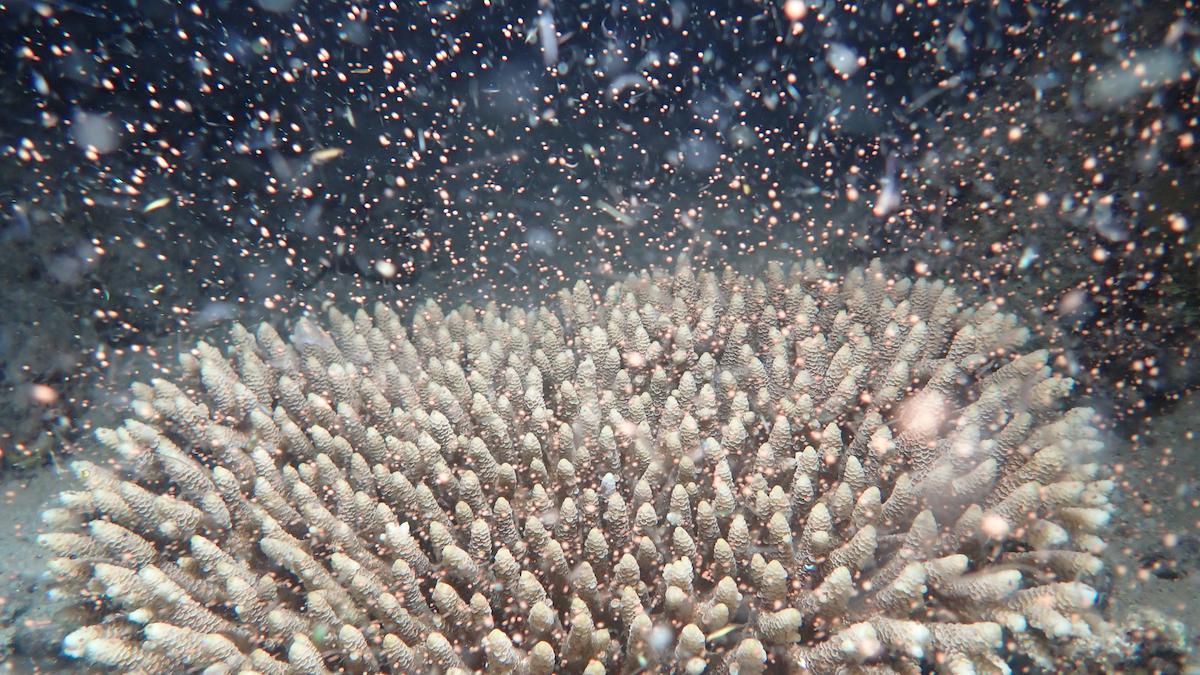 The news is full of dire warnings about the future and current health of the Great Barrier Reef, but the World Heritage Site is not dead yet.

“Nothing makes people happier than new life, and coral spawning is the world’s biggest proof of that,” Reef Teach principal marine scientist Gareth Phillips said in a statement emailed to EcoWatch.

Coral spawning is one way in which corals reproduce. During most of the year, the jellyfish-like animals reproduce asexually. But, once every year, they send tiny balls containing sperm and eggs up into the water. These balls break apart, the sperm and eggs bump into each other and new coral babies are born.

Phillips has spent the past 10 years watching coral spawning, which typically occurs at night when there are fewer predators. This year, billions of babies were born, and the display was uniquely impressive.

“I’ve seen the corals all go off at once, but this time there seemed to be different species spawning in waves, one after the other. The conditions were magical with the water like glass and beautiful light coming from the moon,” he said.

Phillips said he first observed Acropora, or branching corals, release pink-mauve balls and then Porites, or boulder corals, releasing what looked like a plume from a flooding river.

The millions of new coral babies are good news for the reef after a difficult few years. The climate crisis has had a severe impact on the 2,600 kilometers (approximately 1,616 miles) of coral as warmer than usual ocean temperatures encourage coral bleaching, when the coral expel the algae that give them both nutrients and color. The reef suffered back-to-back mass bleaching events in 2016 and 2017, and again in 2020. A recent study found that the five mass bleaching events since 1998 had left only two percent of the reef unscathed.

However, the spawning gives the scientists who observed it hope for the vulnerable ecosystem.

“It made me so excited about the future – there is just so much potential for this reef,” marine science student Nicole Rowberry said in a statement emailed to EcoWatch.

Phillips also observed that the spawning occurred as Australia is emerging from 18 months of border closures due to the new coronavirus.

“It is gratifying to see the reef give birth. It’s a strong demonstration that its ecological functions are intact and working after being in a recovery phase for more than 18 months,” Phillips said. “The reef has gone through its own troubles like we all have, but it can still respond, and that gives us hope. I think we must all focus on the victories as we emerge from the pandemic.”