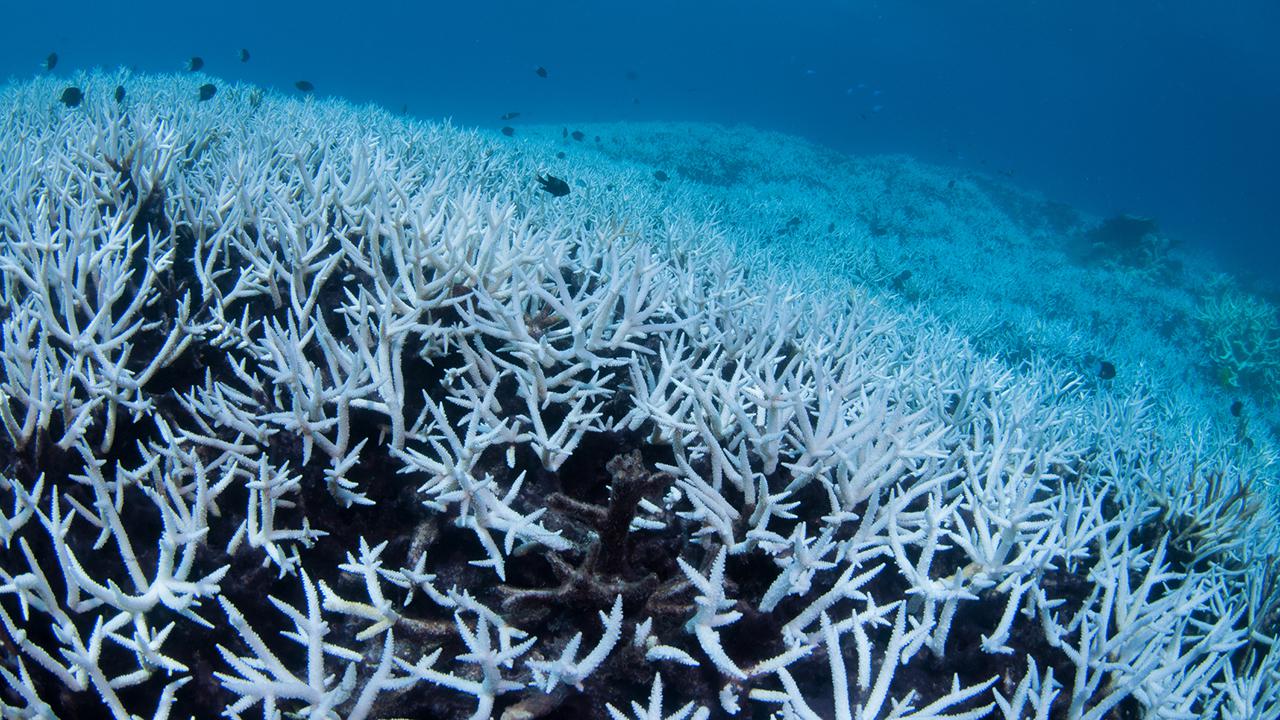 The Great Barrier Reef is in trouble.

It has experienced five mass bleaching events since 1998, three of them in the last five years. Now, new research published in Current Biology Thursday finds that only two percent of the reef escaped some bleaching during that time.

“This is one of the most confronting results of my career,” study lead author Terry Hughes, from the ARC Centre of Excellence for Coral Reef Studies at James Cook University, Tweeted.

Coral bleaching occurs when higher than average water temperatures force coral to expel the algae that provide them with nutrients and color, Phys.org explained. As the climate crisis persists, marine heat waves are leading to more frequent, intense and widespread bleaching events.

“Five bouts of mass bleaching since 1998 have turned the Great Barrier Reef into a checkerboard of reefs with very different recent histories, ranging from two percent of reefs that have escaped bleaching altogether, to 80 percent that have now bleached severely at least once since 2016,” Hughes told Phys.org.

The researchers found that corals did have a better chance of adapting to higher temperatures if they survived a previous bleaching event, CNN explained. However, the time between bleaching events has decreased, giving corals less time to recover. Recent bleaching events occurred in 2016, 2017 and 2020, according to Phys.org.

Another paper also published in Current Biology Thursday shows another way in which these bleaching events have made the reef more vulnerable over time. The last three major bleaching events may have reduced the reefs’ larvae supply by 26, 50 and 71 percent, in chronological order. This has made it harder for the reef to recover, but there are potential coral “refugia” in 13 percent of the reef, which have avoided temperature spikes. These refugia could spread larvae to 58 percent of the total reef, the study found.

Both studies come as the COP26 climate conference is taking place in Glasgow, and the authors warned that protecting the reef means sticking to the most ambitious Paris agreement goal of limiting warming to 1.5 degrees above pre-industrial levels.

“We don’t yet know how long those thermal refuges will exist. They won’t last forever,” University of Queensland Professor Peter Mumby, a co-author on the second study, told The Guardian. “There are still healthy reefs producing larvae, but if we see these patterns [of warming] continue you would expect it would affect rates of coral recovery. One of the biggest concerns is even if we can stick to the 1.5C target, we still have committed warming.”

The most recent analyses show that the promises world leaders have made so far at COP26 could put the world on track for 1.9 or 1.8 degrees Celsius of warming. But Hughes told The Guardian that likely won’t be enough to save the Great Barrier Reef.

“So far 1.1C [of warming] has been sufficient to trigger five mass bleaching events,” he said. “The higher the temperature goes, the more difficult it will be. I am confident [corals reefs] could handle another 0.3C of warming, but they will struggle at 1.9C and there’s a lot of optimism in that 1.9C figure.”