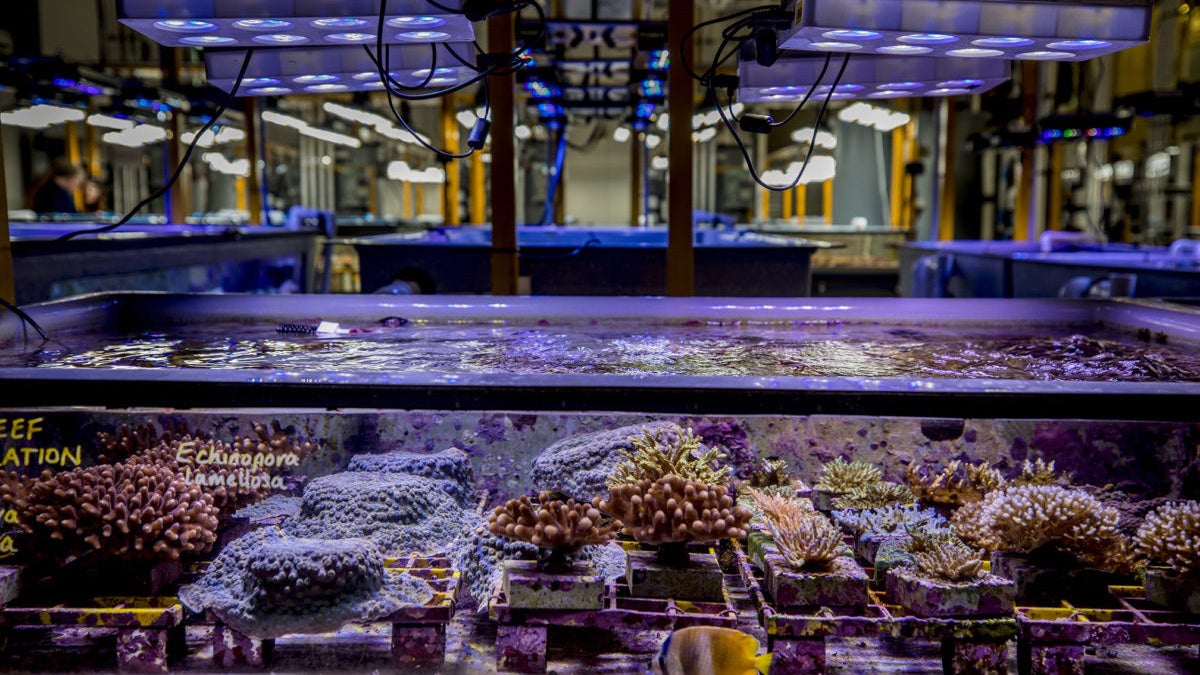 In a lab on Australia’s east coast, scientists are concocting what they hope will be the solution to the steadily worsening problem of coral bleaching.

Few people understand the Great Barrier Reef, and the challenges it faces, better than the scientists at the Australian Institute of Marine Science (AIMS). And events of the past few years have them concerned about how well it can cope with rising water temperatures that have increased the frequency, severity and extent of coral-bleaching events.

As water temperatures rise, the coral polyps flush out the photosynthetic algae that live in their tissue and give them their color. The corals depend on the algae for their energy, and without these symbionts, the newly bare, or “bleached,” reefs slowly start to die.

Historically, bleaching events have occurred far enough apart in time that reefs have been able to recover, typically within about a decade. But in March this year, the Great Barrier Reef suffered its third major bleaching event in just five years.

“Three major widespread mass bleaching events throughout the Great Barrier Reef are clear indicators that ocean warming is happening faster than expected and the severity of the warming events is pushing corals beyond levels that these reefs can sustain,” says Neal Cantin, a coral reef biologist at the AIMS. 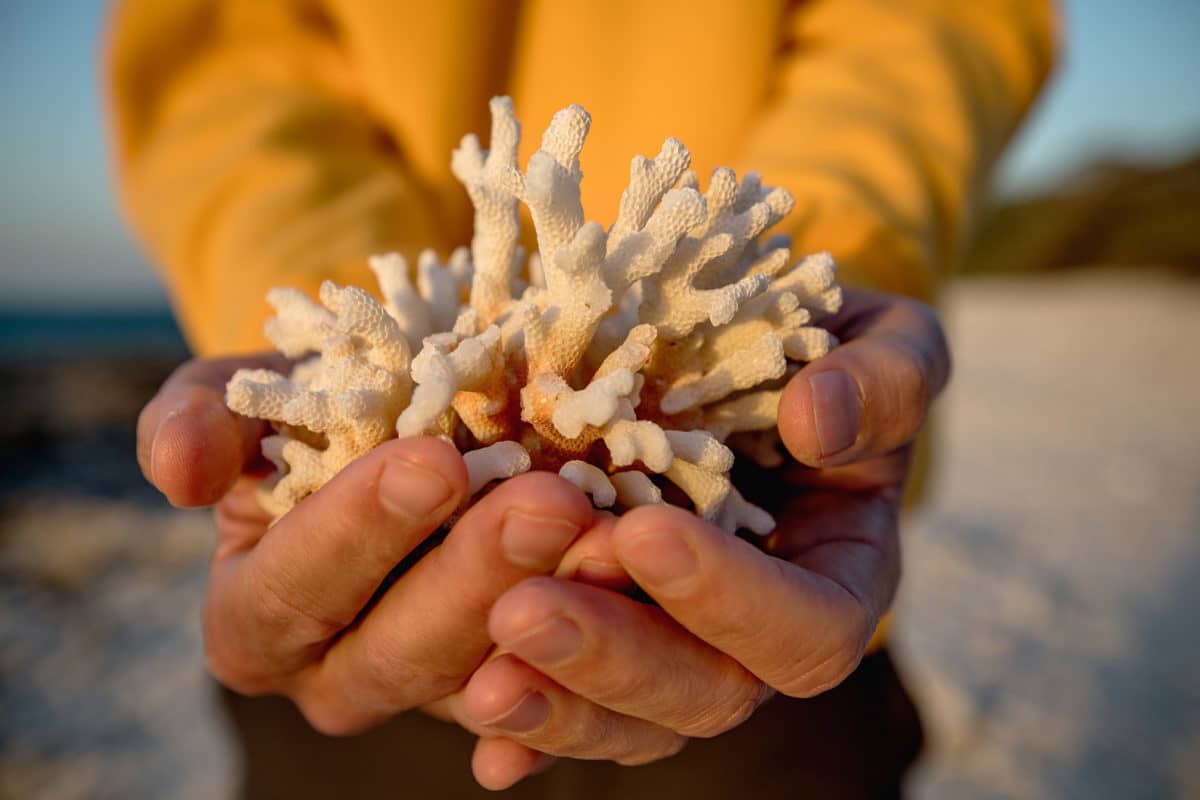 Water temperatures this time around didn’t reach as high as during the 2016 event, but the bleaching was worse for two key reasons, Cantin says.

That “footprint” refers to the total extent of reef affected by bleaching. While the 2016 event had the most extreme levels of heat, Cantin says, it was limited mostly to the northern part of the Great Barrier Reef, severely bleaching 35% of the total reef area. This time around, the entire length of the reef — a span of 2,300 kilometers (1,300 miles) — was exposed to heat stress “capable of causing bleaching.” That resulted in severe levels of bleaching on an additional 25% of the reefs, Cantin says. 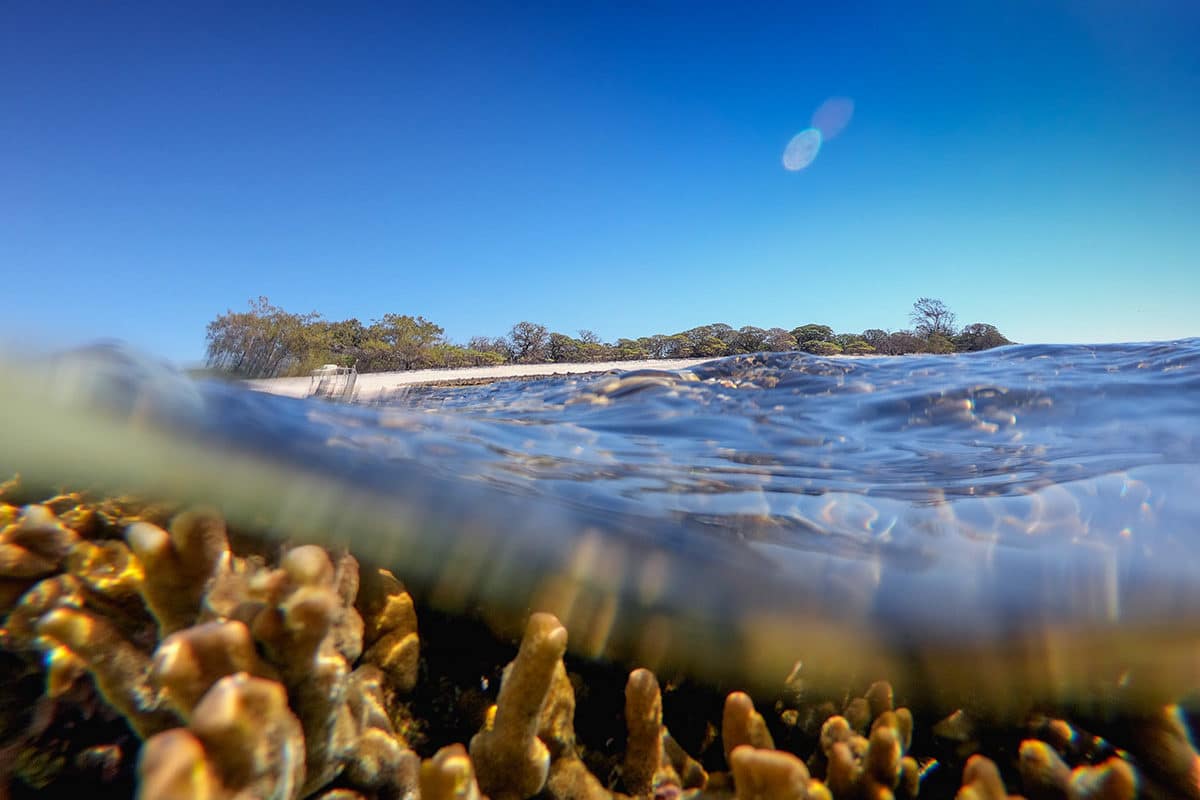 But brewing in the AIMS lab are pioneering experiments aimed at finding scientific breakthroughs for a problem that experts agree is bound to get worse over time. And they’ve already come up with a strong candidate for the answer to the bleaching problem: corals engineered to take the heat. In a method known as assisted gene flow — similar to how food crops are crossbred to emphasize favorable traits — scientists here single out the genetic properties that make certain coral species more resistant to heat, and find ways to pass it on.

“By pairing these enhanced corals with enhanced symbionts, we have been able to increase their heat resistance up to 26 times,” Quigley says, pointing to a recently published study with those findings. The researchers have also found that breeding these enhanced corals creates new genetic diversity in key traits associated with resisting higher water temperatures.

“The early results we have found in regards to enhancing corals’ heat tolerance are encouraging,” Quigley says. “I would describe these early experiments as successes.” 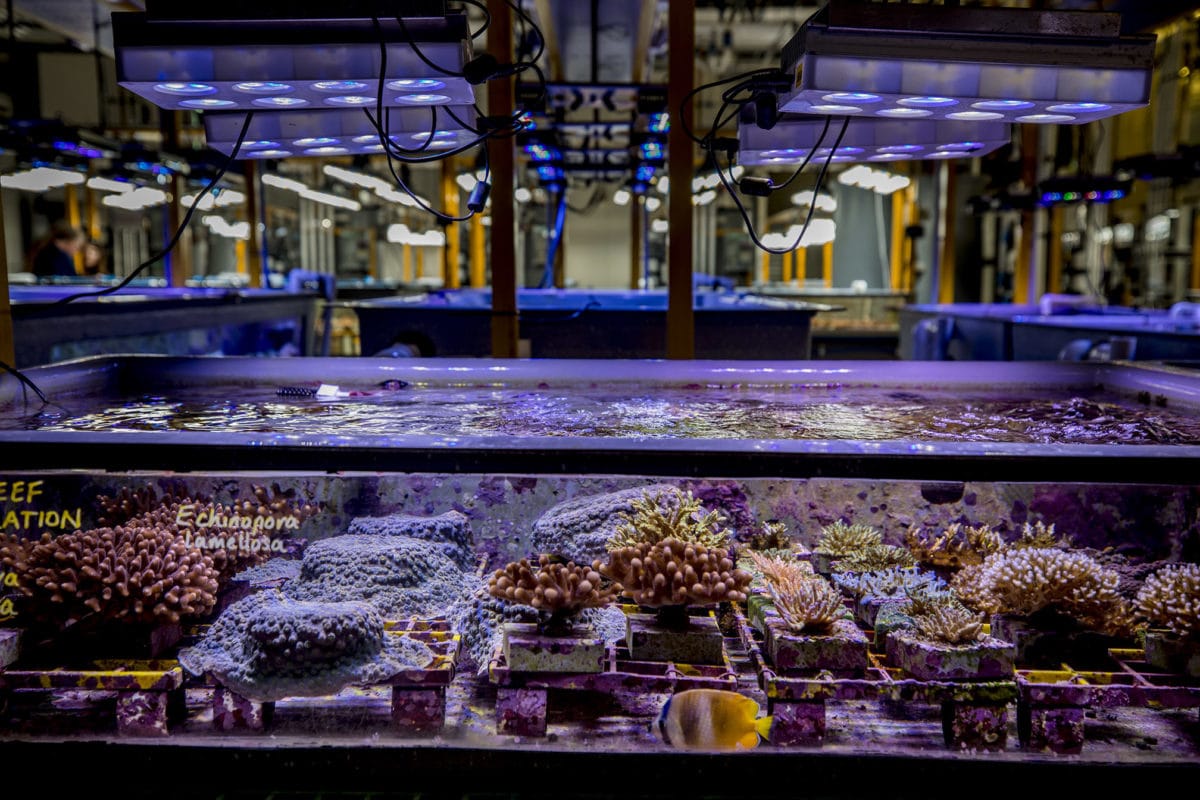 A tank of enhanced coral at the AIMS center being tested for their warm-water tolerance. Jonas Gratzer / Mongabay

The hybrids have one parent from northern, warmer, parts of the reef and one from the central, cooler, part. The results show that some of the strains have inherited the northern corals’ temperature tolerance and can survive when placed in cooler environments. That suggests that over time, as these cooler regions heat up, these corals will be able to tolerate the rising temperatures better than the native corals.

“We have learned key fundamental biology about coral reproduction and heat tolerance that will be important moving forward in further developing new, scalable coral restoration methods,” Quigley says. “We are [also] finding that heat tolerance can be passed from parents to offspring in reproducible, persistent ways.”

These research projects fall under the wider Reef Restoration and Adaptation Program, which Cantin calls “the biggest single effort anywhere in the world to develop options for intervening on the reef to help it adapt and cope better with climate change.”

“These interventions are promising,” Cantin adds, “but none are ready to deploy large-scale.”

For the enhanced corals to have any meaningful effect across a reef that stretches the same distance as New York City to Miami, they will need to be deployed in massive volumes. Another experiment at the AIMS, the Larval Restoration Project, is looking into how to do this, but with naturally occurring warm-adapted corals rather than the gene-edited ones from the AIMS lab. It’s the largest coral reseeding project in history, launched in 2016 and funded by the Australian government.

The idea is that during the annual mass coral spawning, which takes place every year during the November full moon, researchers harvest millions of coral eggs and sperm. They then grow them in enclosures on the reef to produce coral larvae, which are later released onto bleached and damaged sections of the reef to repopulate them.

The coral species that spawn this year will be the ones that survived the bleaching in March, and therefore those with proven better heat tolerance. The harvest this time around “will allow us to find reefs, populations and individuals that are particularly hardy and that will act as breeding stock for the production of coral offspring able to withstand high heat,” Quigley says.

“The search for hardy and resilient corals continues, but we have already seen some very promising results,” she adds.