Food and Water Security and the Climate Crisis: What You Need to Know 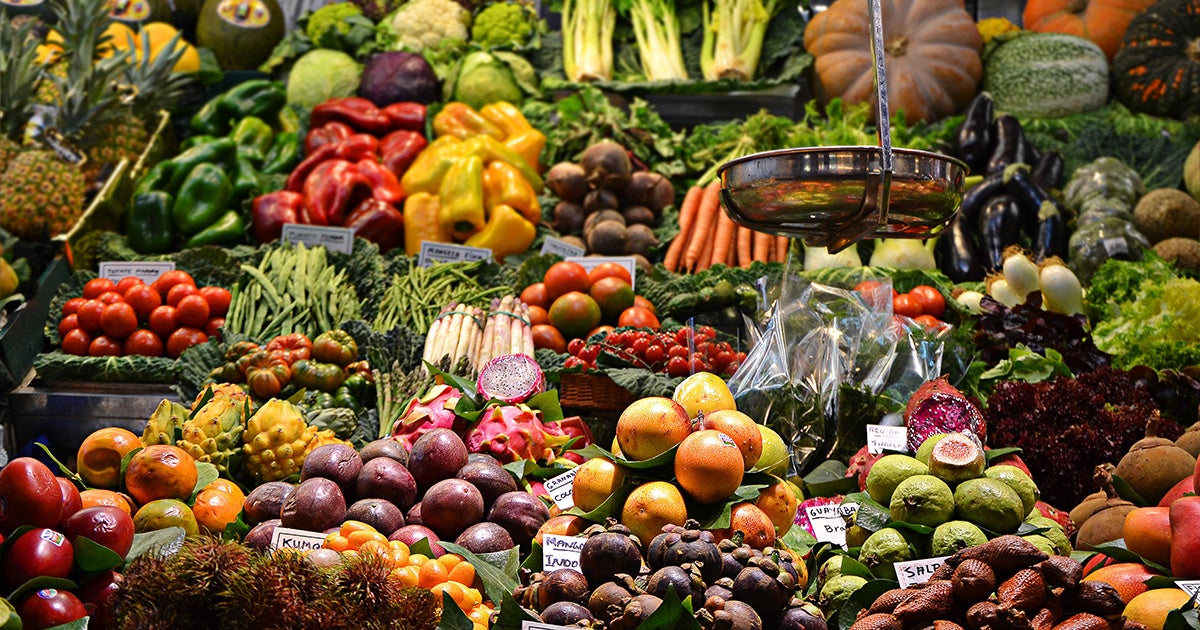 Chances are you’ve heard the line that the climate crisis affects all of us, wherever we live and whether we know it or not. But how? Especially if you haven’t been personally touched by a climate-related hurricane or drought or other weather event?

You don’t have to look far for an answer. In fact, most of us just need to look at what’s on our plates.

Why? If we keep burning fossil fuels at our current rates, food may become harder and harder to grow in many places, and what does grow could be less and less nutritious. Fresh drinking water could become more and more scarce as polluted floodwater runoff contaminates rivers, lakes and reservoirs—or drought and warming combine to simply dry it all up.

Put plainly, these changes would transform the planet in ways that undermine its capacity to support a large and thriving human population. But it doesn’t have to be this way.

A Little Change Can Have a Huge Impact

The impact of drought on agriculture needs little explaining, and a flood will wash a garden away as surely as thirst will reduce it to dust. That’s all pretty straightforward—these natural disasters can destroy crops outright. A field leveled by extreme weather certainly can’t produce fresh fruits and veggies.

But even slight changes in long-established rainfall patterns can wreak havoc on fruits and vegetables.

“We already see it,” Chris Clayton, agriculture policy director of DTN/The Progressive Farmer and author of The Elephant in the Cornfield: The Politics of Agriculture and Climate Change, told Climate Reality earlier this summer. “You see guys now in Canada growing more corn, which was almost unheard of some time ago, growing soy beans. Crop production continues to move further north as we move along, so then it really raises questions like, ‘What are you going to grow in Texas when the climate changes that dramatically?’ You’re really left with fewer number of crops and you have less water to irrigate with.”

The amount of water a plant needs to flourish varies from species to species. Plants that have thrived in one area for thousands of years can be imperiled by even seemingly minor decreases in rainfall, especially when coupled with rising temperatures. On the other end of the spectrum, more rainfall isn’t always good for plant life—even if water is not collecting on the surface, soil can become over-saturated and plants will drown.

And the stakes are dire, according to Clayton: “When that year hits where food production in two or three bread baskets around the world is short a little bit—10 percent here, 15 percent there—the risk of political instability becomes huge.”

As global temperatures have steadily increased at their fastest rates in thousands of years due to the greenhouse effect, the change has directly affected things like water vapor concentrations, precipitation and stream flow patterns. Changes in one area have consequences in another, and the resultant weather can be very different from place to place, disrupting the fragile ecosystems necessary for agriculture to thrive, as described above—and for drinkable water to collect.

Here again, we’re not speaking about the plainly obvious—that is, that less rain means less drinking water. (Though, of course, it does). As we’ve seen in the aftermath of Hurricanes like Harvey, Irma and Maria, the damage done to drinking water reserves by tremendous rainfall (and storm surge) events can linger long after the floodwaters recede.

“Harvey flooded or damaged more than 50 oil refineries and chemical plants, dumping a year’s worth of pollutants into Texas within a matter of weeks,” according to Vox. In Florida, the New Republic reported, “more than 28 million gallons of treated and untreated sewage [were] released in 22 counties” due to flooding and power outages from Hurricane Irma.

This runoff can compromise the availability of fresh water, including that used for drinking and farm and garden irrigation, as the pollutants drain into nearby reservoirs, rivers and other waterways.

Then there’s the opposite challenge. Areas where annual precipitation has lessened as overall global temperatures have risen are experiencing an entirely different problem. As the glacial meltwater and high-elevation snowmelt that constitute the headwaters of many rivers diminishes because of warming and ever-lessening annual precipitation and/or as seasonal distribution of precipitation changes, the entire river system can suffer. The result: less fresh water filling lakes and reservoirs.

Carbon and the “Junk Food Effect”

And the same carbon pollution that is driving these trends all over the globe may also be having an impact we are only just now beginning to understand. It may be compromising food quality.

Recent research points to a disturbing trend—increased levels of CO2 in the atmosphere may be making our food less nutritious. Some researchers—who have witnessed a measurable drop in the minerals, vitamins and protein content in fruits and vegetables over the past 50 to 70 years—have called this the “junk food effect.”

“Every leaf and every grass blade on Earth makes more and more sugars as CO2 levels keep rising,” Dr. Irakli Loladze told POLITICO. “We are witnessing the greatest injection of carbohydrates into the biosphere in human history—[an] injection that dilutes other nutrients in our food supply.”

While this area of research is relatively new, scientists hypothesize that increased atmospheric CO2 speeds up photosynthesis, the process that helps plants transform sunlight to food. This makes plants grow faster, but in so doing they pack in more carbohydrates like glucose at the expense of other essential nutrients human beings (and other animals, right down the food chain) depend on.

“It’s a hidden issue,” said Kristie Ebi, a researcher at the University of Washington who’s studied the intersection of climate change and global health for two decades. “The fact that my bread doesn’t have the micronutrients it did 20 years ago—how would you know?

Looking to do your part to protect food and water security right now? Download our latest free e-book, Right Under Your Feet: Soil Health and the Climate Crisis. The resource outlines the climate threat to agriculture and offers concrete actions you can take to help provide fresh, healthy food grown in a sustainable soil ecosystem for generations to come.

A global challenge needs a global solution. Wherever you are, whatever you do, no matter the time you have, you can do something right now.

The climate changes, but these facts don’t. Download Soil Health and the Climate Crisis now.