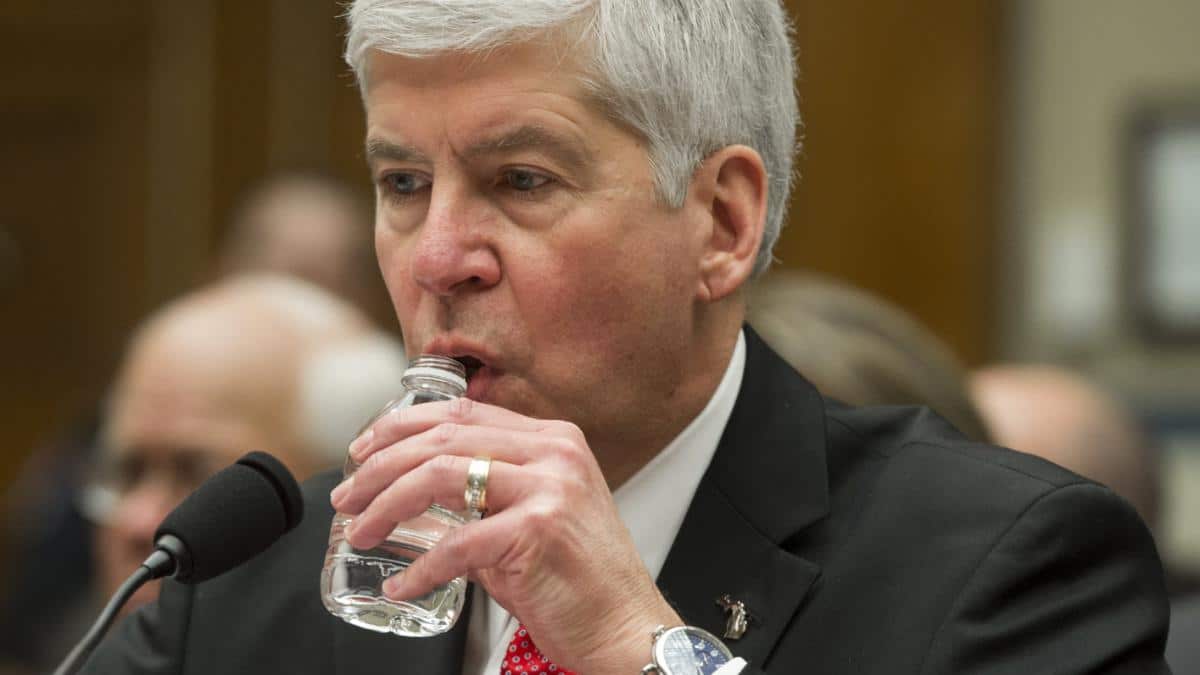 Snyder governed Michigan in 2014, when a state-appointed special manager of Flint, Michigan, switched the majority Black city’s water supply to the Flint River. The river’s highly corrosive water was not treated, enabling it to leach lead from aging pipes that contaminated the water system. Bacteria in the water was also blamed for an outbreak of Legionnaires’ disease that sickened at least 90 and killed 12.

“The very fact that people are being held accountable is an amazing feat,” LeeAnne Walters, a Flint mother of four who is credited with exposing the contamination, told The Associated Press. “But when people’s lives have been lost and children have been severely hurt, it doesn’t seem like enough.”

Walters wanted more details about the charges, which are so far unclear. The Associated Press learned from two people with knowledge of the investigation that the state attorney general’s office had informed defense lawyers about pending charges and court appointments.

A source told The Detroit News Tuesday that Snyder, top aide Rich Baird and former health director Nick Lyon would face criminal charges. Former Flint public works director Howard Croft will likely be charged as well, his lawyer confirmed. Indictments of up to 10 people could be announced as soon as Thursday. But the attorney general’s office has said it is not ready to release more information.

“It’s an ongoing investigation,” Courtney Covington, the attorney general’s office spokeswoman, told The Detroit News. “The team is working diligently, though and we do hope to have an announcement on the status of that investigation soon.”

The new charges would be part of an investigation into the Flint water crisis instigated by prosecutors working for Attorney General Dana Nessel. A previous investigation launched by former Republican Attorney General Bill Schuette had already charged Lyon, among others, but Nessel’s office decided to drop all previous charges in 2019 and start over, arguing that there were major problems with the initial investigation.

Snyder’s lawyer spoke out against any potential charges, arguing they were politically motivated.

“It is outrageous to think any criminal charges would be filed against Gov. Snyder. Any charges would be meritless,” attorney Brian Lennon said in a written statement reported by CNN. “Rather than following the evidence to find the truth, the Office of Special Counsel appears to be targeting former Gov. Snyder in a political escapade.”

However, there is already some evidence Snyder knew more about the crisis than he claimed. In mid-January 2016, he told reporters he had just learned about the Legionnaires’ outbreak, The Associated Press reported. But his urban affairs adviser Harvey Hollins later told a judge that Snyder had been informed on Christmas Eve 2015.

Flint politicians and activists spoke out in favor of Snyder’s conviction.

“It’s just wonderful. It’s finally here. It’s hitting me right now,” former Flint Mayor Karen Weaver told The Detroit News. “It’s about time. All evidence pointed to him that he knew, that he knew what was going on. It was a cover-up for 18 long months that something was going on with Flint and the water.”

The criminal investigation is separate from a 0 million settlement that the state of Michigan reached with victims in August 2020.

In the meantime, Flint is still repairing its infrastructure. Current Flint Mayor Sheldon Neeley told the Detroit Free Press that a project to replace all lead home service lines was almost finished, with less than 500 left to be excavated.

“Our community has been through a tragedy it never should have faced, but Flint is strong and we will continue moving forward,” Neeley told the Detroit Free Press.